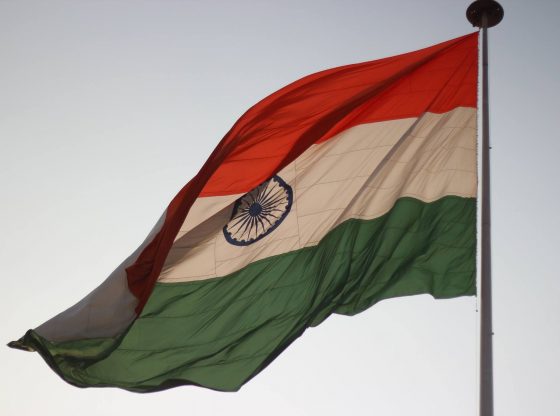 In 2009, the noted civil right activist K Balagopal wrote that:

“a sad fact about the Indian judiciary is that where the judges have felt an urgent ideological compulsion, they have not let mere canons of discipline stop them”.

He was writing in the context of Ashoka Thakur vs Union of India case (AIR 2008 6 SCC 1), where a majority of the five-judge bench made suggestions in favour of reservation based on economic criteria, despite knowing that this was previously dismissed by a nine-judge bench of Supreme Court in the Indra Sawhney vs Union of India case (AIR 1993 SC 477, arguing that the backwardness in question was social and not economic in nature.

…such an irrational understanding of casteism not only distorts the reality of caste-based discrimination in India but also undermines the struggle for dignity against the oppression and the casteist prejudice inherent in the society.

On March 20, 2018, a two-judge bench of the Supreme Court in SK Mahajan vs The State of Maharashtra passed a judgment directing that no immediate arrest should be made under the Scheduled Caste and Scheduled Tribes (Prevention of Atrocities) Act, 1989, claiming procedural safeguards to prevent victimisation. However, in the name of protecting the ‘innocent’, the court has provided insulation to the non-SC/ST people from criminal accountability.

While making the sweeping generalization about the misuse of law, the court, in this case, has failed to look into the intent of the law protecting SCs and STs. In fact, the provision of immediate arrest under the SC/ST Atrocities Act (which was been struck down by the court) was introduced to respond to the lack of convictions under the Protection of Civil Rights Act. Also, the court did not provide any substantial statistical evidence to prove that the SC/ST Act is widely misused. The only form of evidence the court cites is National Crimes Record Bureau data (2015) where over 75 per cent of cases were acquitted. However, the high percentage of acquittals should not be used as an indicator to measure the misuse of Atrocities Act.  This high acquittal rate reflects the poor conviction rate and shows the widespread impunity in case of crimes against SCs and STs.

Further, contrary to the constitutional practice, the court has laid a clear emphasis on establishing the primacy and precedence of ‘individual liberty’ above the constitutional commitment to protect members of SC/ST community from rampant casteist abuse and discrimination. Here, it is, important to highlight that the Indian preamble to the constitution secures for its citizens justice, equality, liberty, and fraternity. The sequence is important as it reminds us that in an unequal and unjust society liberty does not make any sense. The constitution justifies policies, laws, and programmes which aim to protect the weaker sections of the society. This implies that the concept of liberty under the Indian constitution is not absolute, but is tailored by the circumstances.

The most reckless act of all, however, is the observation made by the judges on the working of the SC/ST Atrocities Act. It stated that: “it is necessary to express concern that working of the Atrocities Act should not result in perpetuating casteism which can have an adverse impact on the integration of the society and the constitutional values”. The Supreme Court virtually legitimized the claim that people from SC/ST community file malicious complaints in order to seek vengeance against caste Hindus. To support their assertion, the court selectively reproduced a statement made by one of the judges in the Indra Sawhney vs Union of India case on secularism and integrity (neglecting the fact that the same court also held caste to be one of the most important criteria for determining backwardness and caste-based reservation as constitutional). This act of selectively quoting from a judgment that runs close to 350 pages only reminds that when caste is questioned in the Indian courts, Judges are still guided by ideological compulsions.

Which brings us to the central question of what these ideological compulsions are.  Even though the judiciary is inconsistent on the issue of caste, the nature and outcome of the debate around caste are controlled by an understanding of secularism and the dominant discourse on citizenship; one where the identification of citizenship based on caste is seen as an intrusion on the ideal, universal, unmarked abstract citizenship.

Therefore, a law such as the SC/ST Atrocities Act which is exclusive to a community is viewed with a degree of suspicion.  This is precisely what the Supreme Court had argued in this case, stating that the “the law cannot be converted into a charter for exploitation or oppression by an unscrupulous person or by police for extraneous reasons against other citizens.”

Part of this debate is also legitimized under the constant rhetoric of building a casteless society. This, according to Satish Deshpande, is presumptive castelessness, where SCs and STs are perceived as those who recognize the institution of caste and upper castes as ‘others’ who have shed their caste identities. In this upper caste idea of castelessness, which is also endorsed by the court, caste is only seen as a source of disadvantage and not one of privilege.

Therefore, when the court asserts that the working of the SC/ST Atrocities Act contributes to casteism and poses a serious threat to secularism, the onus is laid on SCs to ‘abolish’ the caste system by giving up the caste-based identification permitted by the Indian constitution; while upper castes are merely assumed as casteless.

With due respect, such an irrational understanding of casteism not only distorts the reality of caste-based discrimination in India but also undermines the struggle for dignity against the oppression and the casteist prejudice inherent in the society. This ultimately leads to judicial invisiblisation with regard to the atrocities suffered by the SC/STs and the privilege and power accumulated by the upper castes.