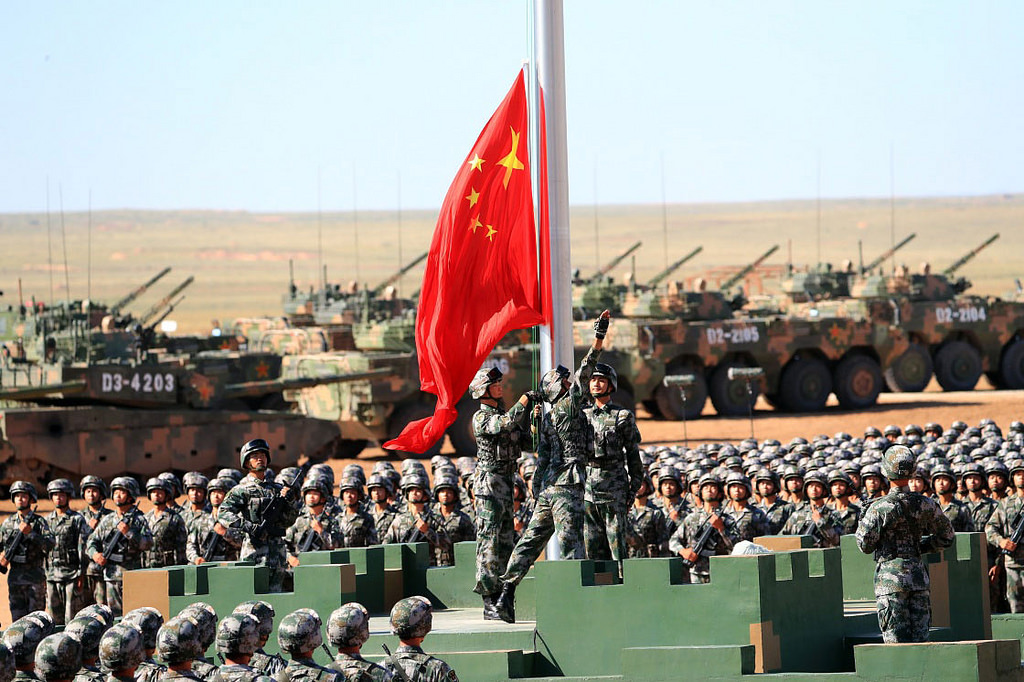 Xi Jinping has been widely recognized as the most ambitious leader of China in recent years, on par with Chairman Mao and Deng Xiaoping. A case demonstrating his ambition was the announcement of Zhonggong zhongyang guanyu quanmian shenhua gaige ruogan zhongda wenti de jueding (The Chinese Communist Party Central Decision on Major Issues Concerning Comprehensively Deepening Reforms) [中共中央关于全面深化改革若干重大问题的决定] (hereafter, The Decision). The document was approved on November 12, 2013, at the Third Plenary Meeting of the Chinese Communist Party’s 18th Central Committee.

In order to better address defence industry reform, Xi set up a very high-level new organization on January 22, 2017, for policy making and coordination, and appointed himself as the head of this new group. The new organization is zhongyang junmin ronghe fazhan weiyuanhui (CCP Central Commission on Civil-Military Fusion and Development)[中央军民融合发展委员会]. The commission has three deputy heads and other high-ranking officials. The three deputies are all Politburo Standing Committee members: Li Keqiang, the Premier, Wang Huning, the Head of Propaganda, and Han Zhen, the First Deputy Premier.

There are four elements in Xi’s reform agenda. These are spin-off, spin-on, opening supplier system of arms and related products, and reform of research institutes. These four elements are inter-related and are parts of the broader defence industry system.

Spin-off means that military technologies can be converted for civilian use. This has been one of the major goals since defence industry reform was initiated in line with broader economic reform after 1978. Nevertheless, real practices show that expected spin-off has never happened. In the past four decades, all defence industry enterprises/factories imported production lines from overseas to produce civilian products. A typical case is that of the Jianshe Group of Chongqing, which is a subsidiary of ordnance systems producing rifles which also imported motorcycle production lines from Yamaha of Japan and became the No. 1 motorcycle producer in China.

Two major factors contributed to the failed policy, and it would take tremendous time to address these two issues. The first involves manpower. Heavily influenced by the first three decades of the socialist economy after 1949 when the new republic was established, the whole system did not have any expertise to run the technological conversion. The second is related to money. Due to public financial policy changes that encouraged enterprises to seek bank loans rather than government appropriation, combined with a lack of production orders as a result of changed priorities, almost all defence industry enterprises had insufficient money for the necessary technological conversion as they faced imminent survival problems. Importing established production lines meant that products could be delivered in newly opened markets and could quickly respond to instructions from above.

Though the spin-off policy failed to meet expectations, Beijing has continued to make a tremendous investment in defence related or dual-use R&D. Beijing’s support of the well-known 863 project testifies this direction. In the early 1980s, China’s many top-notch scientists urged Deng Xiaoping to develop advanced technologies, including IT, material science, aerospace, biotech, micro-electronics, maritime, etc so that China would not fall behind in the global competition. Deng approved their proposals on March 1986 and since then, many resources have been spent on these technologies.

More than 30 years have passed, and China has, in all likelihood, indigenously developed some technologies which can be competitive globally. A case which is frequently mentioned by Chinese media is the Beidou global navigation system. It is reported that by 2020, this navigation will be fully operational. It is time to provide a civilian service with these mature technologies. This explains why Xi Jinping is focussing on this task.

Spin-on and Expansion of Suppliers.

Spin-on is the opposite of spin-off, meaning to convert civilian technologies for military use, and it is heavily related to the opening of the supplier market. It is not an exaggeration to argue that the expected spin-on policy has also failed in the past four decades, as China has heavily relied on imported military technology to produce weapons, and has also imported finished systems, for the Chinese military.

There are a number of reasons for the failed spin-on policy. The first 30 years of the socialist economic system created a ‘stove-pipe’ type dual economy in which there was no civil-military technological integration at all and priority was placed on developing nuclear and space-related weapons. Further, like any developing countries, China lacked solid scientific and engineering bases, let alone the fact that China was emerging from an extremely turbulent period having suffered civil war among warlords, the anti-Japanese war and a civil war between the CCP and KMT.

New awareness and the improved domestic environment motivated Beijing to push the spin-on policy. New awareness comes from the realization of the blurred boundary between modern military and civilian technologies, for example, the development of cyber technology. The improved domestic environment has been conducive to growing number of capable enterprises to be cultivated that are able to gradually provide material support to the defence industry.

Previous ‘stove-pipe’ dual economies created monopolies, and only those enterprises/factories in the defence industry system could provide material support to the system. If the boundary becomes blurred and more non-defence industry enterprises became capable, the traditional monopoly would be broken. Since the early 2000s, some new policies were announced in order to break the old monopoly, such as Zhuangbei chengzhi danwei zige shencha guanli guiding (Rule on Review of Eligibility of Equipment Producer )[装备承制单位资格审查管理规定], which was released in December 2003 by the General Armament Department (GAD) to regulate eligibility of civilian suppliers.

The focus of reform of defence S&T research institutes at this stage under Xi is to transform those core research institutes into share-based corporations. For this purpose, a new regulation was announced on July 7, 2017, named, ‘guanyu jungong keyan yuansuo zhuanzhiwei qiyie de shishi yijian’ (Implementing Opinion on Transforming Defense Industry Institutes and Academies into Corporations)[关于军工科研院所转制为企业的实施意见].

One goal behind this transformation is to raise money from China’s capital market. It should be pointed out that since the early 2000s, China started to make pilot experimentations by listing some defence industry enterprises in the stock market. The outcome was beyond the Chinese leadership’s expectation: tremendous money was raised, and it greatly helped solve resource problems for developing China’s defence industry. After 2013, the pace for listing has increased and it has been estimated that at least RMB$50 billion was raised.

Nevertheless, research institutes affiliated with the defence industry have not followed this example. It is estimated that their net assets are more valuable than those enterprises which have been listed in stock markets because of their focus on assembly. It is expected that more money can be raised to help improve China’s defence industry capability so that advanced weapons systems can be delivered to the Chinese military.

There is one restriction for those who are interested in making an investment in China’s defence industry. Though a growing number of defence industry enterprises and research institutes are being listed, those enterprises and institutes that handle very sensitive technology remain under firm state control. Defence industry enterprises/institutes are classified into four types and those handling very sensitive technologies are classified as guoyou duzi gongsi (state exclusively owned company)[国有独资公司] and guoyou juedui konggu gongsi (a state-owned holding company with a majority share)[國有絕對控股公司]. In these two types, the board of directors and top management are strictly controlled by the Chinese government although shares can be bought by ordinary people.

Defence industry reform has been underway since 1978 when Deng Xiaoping launched economic reform. In the past four decades, many experiments have been undertaken in order to reform the system. Over time, China has gradually identified a direction. The instructions and measures delivered by and undertaken under Xi’s leadership reflect this direction. The name for this direction is xiaohexin daxiezuo (Small Core and Big Integration)[小核心大协作]: to make core capabilities small, but to bring in resources from all social sectors. As China’s relations with the US become tense and strained, the test of this direction and its ability to deliver what the Chinese military needs will lie ahead.

Taiwan’s maritime concerns: The Arctic and the South China Sea
A corridor to power? Pakistan’s 2018 elections and CPEC