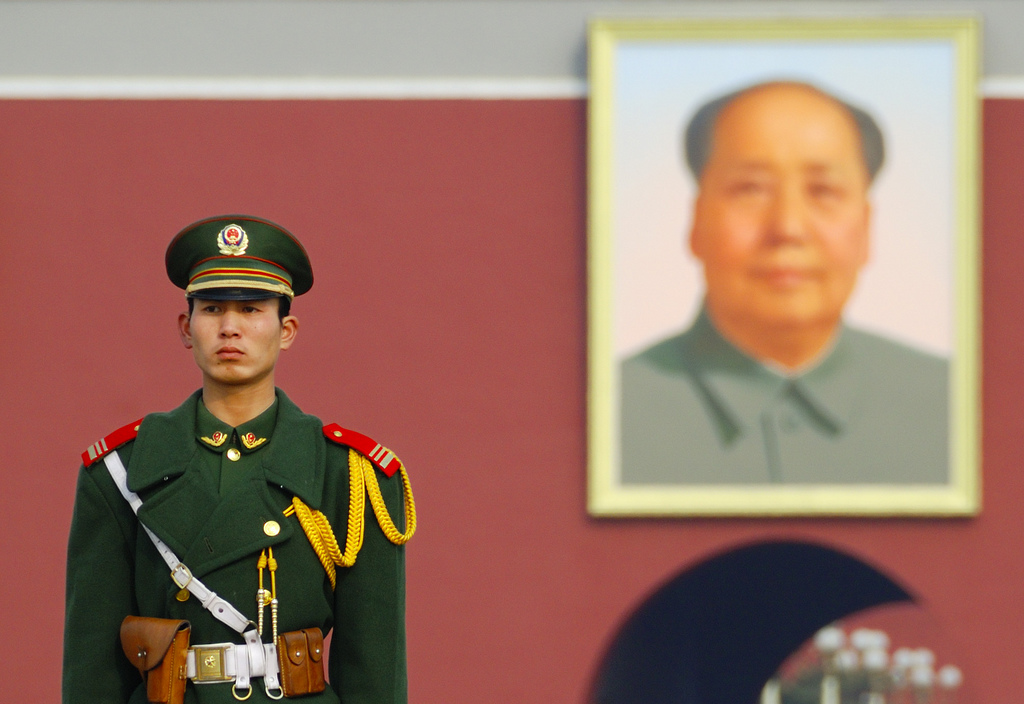 China’s People’s Liberation Army (PLA), that analysts still qualified as a “junkyard army” at the turn of the twenty-first century, transformed into the US’ main competitor in the space of 20 years. Against the backdrop of such fast modernization, the military reform that Beijing initiated in 2016 did not come as a surprise. Most observers concur that the current efforts to centralize command and promote joint training are a necessary adjustment to the requirements of contemporary warfare.

A less expected component of the military reform currently underway is the increased presence of the ruling party in the PLA. This is the outcome both of Xi’s personalization of power, across the civil-military divide, and of his emphasis on ideology. Four months into the reform, Xi appropriated military command by designating himself as commander-in-chief, a title that neither Mao Zedong nor Deng Xiaoping had used. He also reduced the standing members of the Central Military Commission, which he heads, from 11 to seven members. Military officers were among the first group to be targeted by the nationwide anti-corruption campaign, with 13,000 senior officers investigated since the campaign started in 2012. Officers put in place by Xi’s predecessor Hu Jintao, most notably Xu Caihou and Guo Boxiong, were purged during the campaign.

Claiming to break old patronage systems, Xi is building his own through the power of appointment. He is using the reform to place his protégés at the top of the military hierarchy. For 70 years, the PLA was structured around three headquarters (the General Political Department, the General Logistics Department and the General Armament Department) that were increasingly seen as autonomous fiefdoms. In 2016, Xi dismantled the headquarters, distributing their function among 15 new commissions under direct command of the Central Military Commission. As head of the new Joint Staff Department, he nominated Li Zuocheng, a high-ranking officer who had been marginalized under Jiang Zemin and Hu Jintao despite his military credentials. Another powerful network was the ground forces who monopolized leadership positions at the former four General Departments. To restrain this dominant position, Xi created a headquarter for the ground forces and placed Han Weiguo, a younger, low-profile officer who rose rapidly, at its command.

Beyond personnel reshuffling, Xi is also recasting the key role of ideological indoctrination in the PLA’s new organization. Far from disappearing, the functions of the former General Political Department have been redeployed under three new commissions: the political and legal affairs commission, the discipline inspection commission, and the political work department. Interestingly, these three agencies under the Central Military Commission replicate the state institutions that Xi Jinping relied on most to establish his status as paramount leader during his first term as president. The Chinese Communist Party’s Central Political and Legal Affairs Committee is the party-state’s main organ for guaranteeing social stability through a mix of repression and legal measures. Established in the Mao era, the Central Commission for Discipline Inspection has been the main investigative arm of the party in Xi Jinping’s ongoing anti-corruption campaign. Both of these agencies now have branches in the military.

The last of the new three PLA commissions replacing the General Political Department, the department dealing with “political work” broadly refers to ideology production and dissemination, clearly a priority for Xi Jinping, the only PRC leader to inscribe his own brand of Marxism into the state Constitution while head of state. Designating the PLA as one of the primary targets of the party-state’s ideology is yet another sign of his political conservatism. The party has long considered the military as the most politicized subset of the population after the CCP itself. This perception required appropriate indoctrination and management so that the PLA remains a reflection of the party in the eyes of the population. On the other hand, if servicemen’s concerns drifted away from the party’s agenda, the country’s political stability was at risk. Thus in the 1980s and 1990s, the PLA’s former General Political Department dealt with a deep crisis of morale among servicemen. Officers and soldiers were affected both by the distrust that the Cultural Revolution had left on the state bureaucracy and by the overhauling of values attendant to market liberalization. The ideological indoctrination traditionally conveyed by political commissars no longer offered a satisfactory narrative to a new generation of officers and soldiers who had neither fought a war nor found prestige in a fast-growing economy and society. The General Political Department assessed and responded to the crisis through surveys, enhancing communication inside the PLA and increasing military propaganda in the wider population.

Hu Jintao revitalized the ideological indoctrination course that makes part of the professional military curriculum in order to strengthen CCP-PLA linkages. In 2004-2007, the General Political Department promoted the new missions that the President assigned to the armed forces: “diversified military tasks” designed to bolster the party’s domestic and international objectives clustered around the notion of “core interests.” This campaign provided the PLA with a post-revolutionary identity as agent of the party both at home and abroad, even after the party had forsaken the paradigm of the revolution in its discourse of the nation. Although the work of the political commissars in charge of indoctrination did involve surveillance of the troops, it was not restricted to this task. As an offshoot of Hu’s broader project of scientific development for the PRC, ideological indoctrination of the PLA turned the military into an agent of a whole agenda designed and implemented by the CCP.

Under Xi Jinping, the PLA is completing a major institutional reform. The General Political Department has been dismantled, but its functions – political indoctrination, human resources management, and discipline inspection – were distributed to new agencies under the Central Military Commission. The network of political commissars and other political cadres that have been transferred to these new agencies should play a key role in ensuring the coordination between the services that is the principal objective of the reform. In this period of transition, stronger commitment will be expected from servicemen to Xi Jinping’s ideology of “national rejuvenation.”