Women’s football in China: Bend it like Sun Wen? 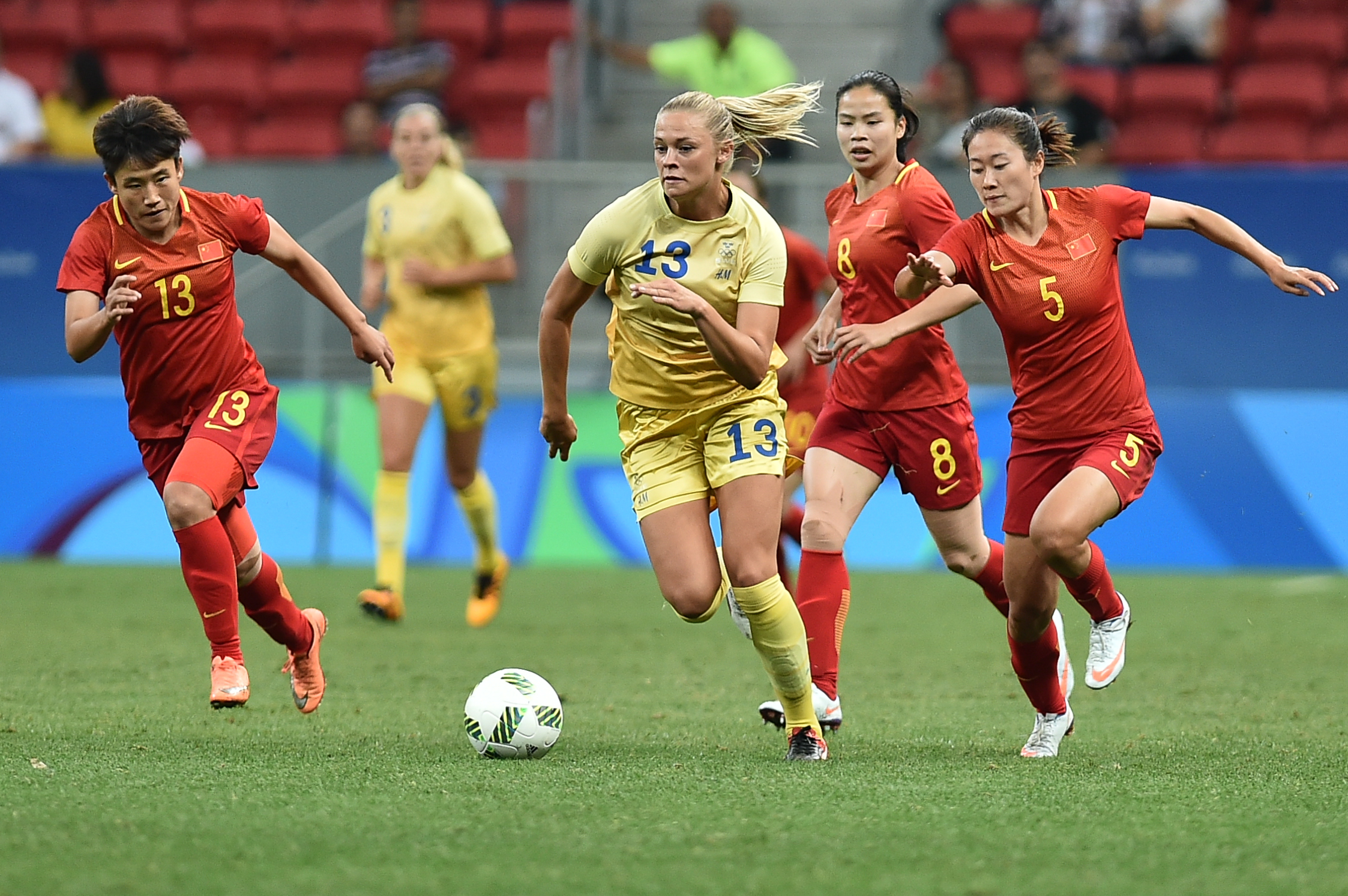 At the time of writing, general attitudes toward Chinese football inside China itself are far from positive. China, a country of 1.4 billion people, lost 6-0 to a country whose first sport is not football and whose population is only 0.02% of China’s – Wales. Elsewhere, responses to China’s ‘world class footballing ambition’ are often tinged with scepticism and disbelief – money is at the root of these perceptions.

At present, billions of pounds are being spent on football stadiums in areas where there are no teams to fill them. For example, the average attendance of Zhejiang Yiteng, founded 24 years ago, is 4,000 (their capacity is 60,000). A recent fight between two Guangzhou Evergrande reserve players during a match has also added to the bitter taste both at home and abroad. Three years after President Xi announced his football plan, China dropped eight rankings to number 73 in the FIFA/Coca-Cola World rankings.

Is it all going wrong for football in China? Not necessarily.

In terms of elite football, China’s Women’s team offers a whole different narrative. Playing their first international match in 1986, the past 30 years of women’s football history in China has been punctuated with titles in regional cups, and some near misses in the World Cup (notably 1999). The women’s team sits at number 17 position in the FIFA/Coca-Cola World rankings. They came third in the Asia Football Cup, beating hosts Jordan comprehensively 8-1. Whilst the men’s team has become something of a national embarrassment, the women’s team goes from strength to strength.

Why is women’s football in China better?

At the moment it is not clear, but there is an apparent trend in Asian women’s football teams. In the women’s FIFA rankings, four of the top 20 teams are from Asia – North Korea ranking higher than the rest. For the men’s world rankings, there is not a single Asian team in the top 20. There is no authoritative answer as to why this is the case. The men’s team seeks to improve through international coaches, foreign exchanges and study tours, but could they in fact learn more from the way the women’s team coaches and plays?

What about grassroots football?

Whilst the professional game is doing well, the grassroots game is also growing. As in the UK, the numbers of girls participating in football is increasing year on year. The high quality of female football was noted during CBFC’s visit with Nottingham Forest’s to Zhejiang in September. It was remarked that Ningbo girls team level of football was higher than that in Nottingham, and that their attitude compared with the boys teams, was different.

Unfortunately, this is where women’s football is defeated in China. Not on the pitch – but in the homes, schools, and government.

One mother, Joyce Qu from Ningbo, one of China’s more affluent cities, sums it up best:

“My daughter (aged 7) loves playing football, but the only team she can join is for boys – she is smaller and younger than them. She is not very good but she enjoys chasing after the football. My husband is not happy that she is playing. He says she will get too brown and her muscles will get too big and wants her to stop – but my daughter refuses not to play!”

At a recent training session in one school, a number of girls were sat on the side-line. When asked why the girls couldn’t join in, the response was:

Whilst it must be noted that comments on physical appearance are much more common in China, and not necessarily offensive, this quote serves to demonstrate some of the wider issues. Football can often be an exclusive game: based on talent, physique, and sometimes money. Football is not yet, for all.

Are there systemic issues?

Most definitely. At a grassroots level, football teams are mostly based in schools, unlike the community club model in the UK. Outside of school it can be an expensive sport that is run for profit. Opportunities for competition are limited by the pressure of the education system and lack of awareness over the benefits of regular exercise and competition. Exceptional players will be selected to play for their city, and province. If you are not initially good, or cannot afford to play, opportunities to play are very limited, for both boys and girls.

At a professional level, a concrete example of the China’s failure to acknowledge the strengths of the women’s team is the China Cup. The China Cup was established in 2017, and is played annually – a competition against three other international clubs. China’s men team has come third and fourth respectively. If a similar cup was established for the women’s team then China would stand a much better chance of securing a morale boosting victory on home soil.

It is easy to criticise Chinese football but compared to western nations that have played the sport for well over a century, football in its modern form is new. Furthermore it has come a long way in terms of infrastructure, opportunity and professionalism. Whilst China’s men’s team struggles to grow professionally, the country would do well to focus more of its attention on the women’s side where there are a growing number of success stories that will fuel the continued rise of the sport.