China’s energy security: the transition towards a green energy system 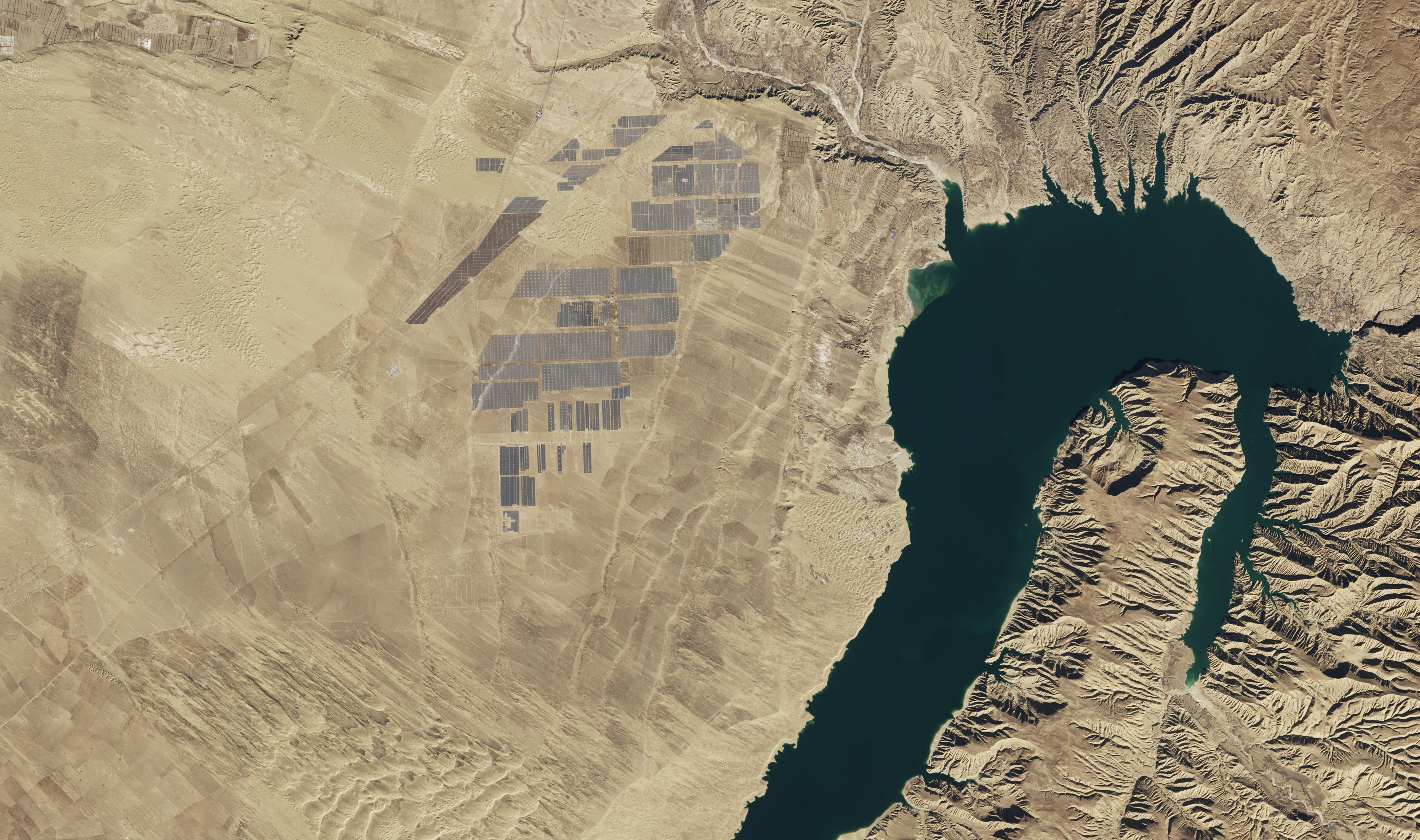 China’s energy security strategy prioritizes maximum self-sufficiency. But the country’s primary energy self-sufficiency rate has been going down since the early 1990s, partly thwarting this ambition. In 2016, the self-sufficiency rate stood at 79%. China’s coal is the primary source of the country’s energy security and it remains the mainstay of China’s primary energy consumption, accounting for 62.3% in 2016. Oil is the second largest energy source with an annual consumption of 560 million ton (MT) in 2016; 65% of this had to be imported. Even more, it is expected that about 75-85% of China’s oil will have to be imported in 2035, amounting to about 15% of global oil consumption.

While the use of fossils has been growing dramatically, the Chinese political leadership has accorded top priority to the mitigation of climate change and it has declared war on the fossils-induced smog that has descended on China in recent years.

In general, renewable energy (RE) offers a viable home-grown alternative to the polluting fossil fuels; in case of China it is a double fix: climate change mitigation and improved energy security. This prospect has prompted the Chinese leadership to promote a green transition of the country’s energy system. A basket of pro-renewable energy policies has already been put in place. China is now the world’s biggest investor in renewable energy. However, all “clean” energies (including nuclear power) still only made up for 13.3% of total primary energy consumption in 2016 with nuclear, hydro, wind, solar PV and bio-power accounting for 1.5, 8.2, 1.7, 0.5, and 0.5 per cent respectively.

Is it realistic for China to attain a significant share of RE in China’s energy system within a foreseeable future? China Renewable Energy Outlook 2017 (CREO), a comprehensive authoritative scenario-based up-to-date study, proposes two scenarios: a ‘stated policy scenario’ (targets already set for 2020) and a ‘below 20 scenario’ (the target set in the Paris Agreement in 2015 for the maximum temperature increase allowed in this century to contain climate change). CREO assumes that the reduction of China’s coal power and the energy system transition will be driven by three irreversible enabling conditions: technology development, power market development, and effective carbon pricing. CREO concludes that while the ‘stated policy scenario’ will render significant results and meet China’s Nationally Determined Contribution (NDC) under the Paris Agreement, it will not be sufficient to meet the agreement’s ‘below 20’ target.

The ‘below 20 scenario’ suggests adjustments to the existing renewable energy targets for 2020. The renewable energy share in the national energy supply could realistically be upped from 19% (current policy target) to 26%, while coal’s share would have to go down from the existing target of 55% in 2020 to 51%. If this path is followed in the longer run, non-fossil fuels (including hydro and nuclear) could account for 54% of primary energy supply in 2050 in the ‘below 20 scenario’, and as much as 92% of total power supply could come from non-fossil fuels. Renewables alone would account for 85%. In the stated policy scenario, they would account for less, i.e. 86% and 78% respectively. It is noteworthy that the ‘below 20 scenario’ is corroborated by IPCC projections that suggest that 2.5% of renewable potential could meet 80% of the world’s energy demand in 2050.

While the share of renewables could thus be significant in 2050, coal and oil would still remain important, as would natural gas – the latter to a lesser extent, though, due to relative costs and logistical inflexibility. But oil and gas would largely have to be imported. By meeting the targets set in CREO’s ‘below 20 scenario’, Beijing could thus contribute to making China and our planet cleaner and ecologically safer, but the country’s energy security would continue to be at risk due to the need for massive imports of primarily oil.

It is by no means certain that the Chinese leadership will buy into the proposed ‘below 20 scenario’ now, since it would require a change of fixed policies and massive additional investments. There are also considerable barriers to the green transition of the energy system, especially in the power sector. The obsession for so long with fossil fuels, mostly coal, has formed strong vested interests within the various energy sectors and at the level of regional governments, especially in coal and oil producing regions.

Furthermore, while growth in renewable energy production in recent years has been phenomenal, more than 17% of the power generated from wind was rejected by the grid companies in 2016 through curtailment. Power from solar and hydropower have had similar experiences. There are many reasons for this. Due to the need for power security, there has been a fast expansion of coal fired power plants.

With economic growth rates dropping, there is now considerable overcapacity in the power sector. The coal-fired power plants, their owners, and the grid companies have been used to apply a fixed procurement and distribution model for power against state safeguards. This model has failed to address the variability in supply of renewable energy through flexible dispatch to the power grids. In some cases, local subsidy systems even favour coal that brings higher tax revenues to local governments than renewables do. Finally, the system of prices and subsidies does not reflect the real cost of fossils to the economy. Environmental costs and the cost of support mechanisms for fossils tend to skew the consumer price, and wind and solar are not yet fully competitive on existing conditions.

It is evident, that non-fossil fuels, primarily renewables, cannot secure full energy self-sufficiency in China within the coming 30 years. But it is equally clear that the Chinese government can move further in this direction than planned under the proposed ‘below 20 scenario’.

Since investments in energy infrastructure have a long pay-back time, decisions now will shape China’s energy system for the next 20-40 years. The Chinese government must therefore re-consider its energy strategies, policies, plans, and targets. First of all, it must speed up existing reforms and change the incentives for investments in the energy sector in a more accentuated pro-renewable energy direction. It must also design smarter subsidies to ensure integration of renewables into the grids.

In order to accelerate the reduction of the use of coal in the long term (down to 33% in 2030), construction of new coal power plants must be brought under control, and the existing ones should be subject to a more rigid regime of flexibility in power supply to allow for full integration of renewable energy at any time. Mechanisms also have to be put in place to allow the power market to become more mature, and a floor price must be set for CO2 to incentivize green energy investment decisions.

As renewables cannot secure complete energy self-sufficiency by 2050, China’s energy security strategy will automatically shift its focus to oil and to a lesser extent to natural gas. China has already diversified its global sourcing and its business activities in the international markets. But China will also need to be able to secure the safety of its supplies and this will entail new bilateral partnerships, new business alliances and value chains, and finally a capacity to protect resource extraction and transport routes all around the globe until China becomes fully self-sufficient.

Therefore, China’s own efforts to speed up the green transition of its energy system combined with international collaboration between China and a variety of international public and private partners will help reduce China’s needs for fossils and contribute to reducing potential energy related tensions or even conflicts with China as a party.

Jørgen Delman is Professor of China Studies at the Department of Cross-Cultural and Regional Studies, University of Copenhagen. Image credit: CC by Wikipedia Commons.

The China-U.S. conflict is about much more than trade
The decay of Taiwan’s democracy?