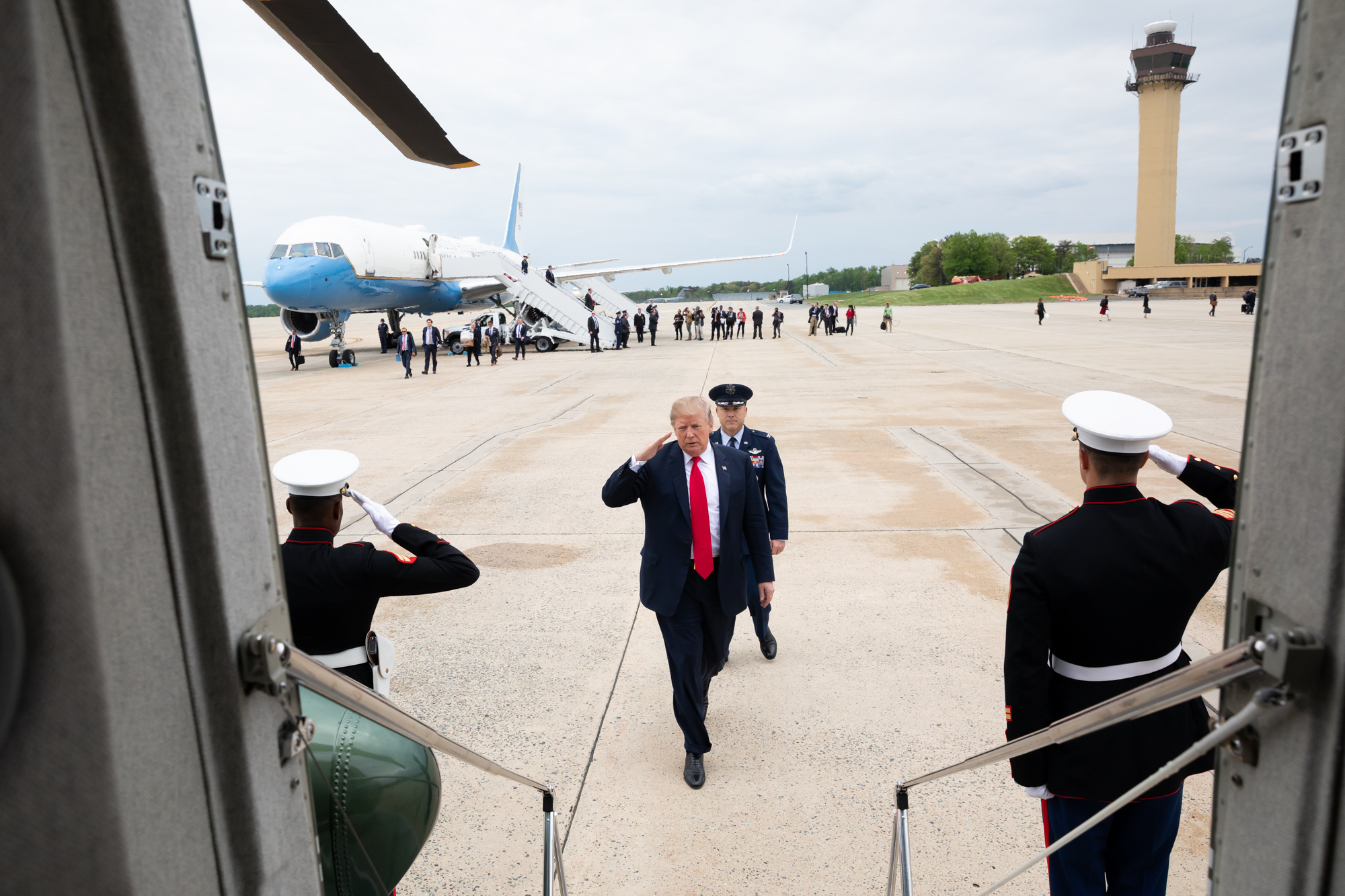 The concept of “Make America Great Again” (MAGA) is at the foundation of Trump’s electoral success and his economic policy. Under the pretence of protectionism, nationalism and old school salesmanship, Trump has succeeded in pulling the Chinese into a negotiation battle based on its economic lifeblood—that of trade.

That China is a target of Trump’s new economic team Wilber Ross and Peter Navarro, shouldn’t be a surprise. Throughout Trump’s presidential campaign the ‘China Card’ was used to rouse his supporters and voting base, in response to concerns of America’s growing trade deficit with the world’s largest manufacturer (standing at $375 billion in 2017). Furthermore, China’s habit of currency manipulation, as well as its long standing tradition of unfair trade policy and practices in the area of intellectual property, technology transfers and the lopsided joint venture demands of China’s foreign partners, provided an easy and logical target.

Trump’s decision to catapult into the initial stages of a full blown trade war with the Chinese however, is an indicator of two key things. Hubris and Weakness.

Riding high on his apparent success of negotiating a landmark summit between the two Koreas, Trump—and his critics—have embraced the line that the president’s ‘tough love’ stance with North Korea was key in reaching the April 27th Inter-Korea Summit. Trump and his “Great Financial Team” forget however, that China is no North Korea.

China of 2018 is not isolated, its economic size, power and importance in the international economy are second only to the United States. In the early stages of Trump’s tariff campaign in March, China moved to project itself as reasoned and careful in its language. In the run up to formal trade negotiations in Beijing, earlier this month however, China did not demure from using strong language. It was clear, when it comes to its core interests, China should be taken seriously. “Washington had better not expect that its trade-war stick will force Beijing to take whatever the US delegation offers”.

Negotiations between the world’s two largest economies should not to be taken lightly by America. The biggest mistake Trump’s team could make is not appreciating China’s position and how it works. Since the adoption of the Open Door policy by Deng Xiaoping in 1978, economic development and growth have been a central pillar of state legitimacy and party authority. By targeting China’s economy, and threatening to scupper state targets and strategic objectives of industrial development, like China’s “Made in China 2025” initiative (including robotics, smart tech and aerospace), Trump is opening himself to a battle he and his team are likely unprepared for.

Xi is confident, and so is China. With a clear and strong mandate following the 19th Party Congress and the confirmation of constitutional amendments lifting term restrictions of Xi Jinping’s tenure as the Leader of the Chinese Communist Party, and the government of the People’s Republic of China—is unified. China’s leadership will not take lightly, Trump’s efforts to directly challenging the success of China’s Fourth Industrial Revolution.

While the impending ‘trade war’ initially began on the imposition of tariffs, Trump’s economic team has shifted the flag posts, with significant implications for both Sino-US and Global supply chains. With expectations that China reduce its trade deficit with the US by $200bn in two years, this cavernous gap will be next to impossible to fulfil.

China knows that its growth, market and consumer base has, and does, contribute significantly to America’s success. At the centre of this are American corporations and industry. If not lifted however, Section 301 and the subsequent $150 billion in import duties imposed on Chinese goods will have direct implications for the structure of the multilateral free market system. Any relevant global supply chain or production network will be adversely affected by an impending trade war.

These networks represent significant value not just in terms of skills, tech, and production practice and relationships, but the shifting of supply chains is no easy or inexpensive task. Setting aside the clear infrastructural and logistic barriers, an immediate response to a full blown trade war is hindered by long-term contractual commitments that have made these production networks profitable and reliable for Chinese and American firms alike for the past four decades.

In response to escalating trade tensions, we has seen China take clear steps to display and implement their displeasure through punitive protectionist economic policies. The target: America’s Agricultural sector. The value of this is multiple. Firstly, in 2017 America’s agriculture industry exports to China reached $2.6 billion. Secondly, farming has long been a protected industry in the United States. Lastly, the voting power base of this sector is immense, and even more significantly, is Trump’s voting heartland.

The case of Soybeans reflects this perfectly. In the growing tit-for-tat of trade protectionism, upon Trump’s declaration to impose tariffs on 1,300 Chinese imports, Chinese authorities responded with a 25% tariff on soybeans. As one of America’s largest importers, to the tune of $12bn (or 56% of its crop) in sales to China in 2017, the impact was almost immediate. It has already been reported that ‘Chinese buyers have halted purchases of this year’s coming US soybean crop the US [is] making “very little if any” sales of soybeans to China.’ As the price of soybeans fell, the wallets of America’s mid-west farmers have been hit the hardest. As we see from the two images, when comparing the top producing states of soybeans and those states that support Trump, there is a clear correlation. And this is not limited to this single crop. The case of Sorghum has been particularly painful for American farmers, who are the world’s largest producers. With China imposing on importers a temporary tariff of a 178.6% deposit on the value of their imports, and as America’s largest importer the impact was immediate. Used in animal feed and to make liquor, the Chinese purchased approximately $1.1 billion in 2017. Primarily produced in Kansas and Texas, these are two of Trump’s strongest supporters—voting him in with 56.6% and 52.2% of the vote respectively.

The impact of a potential trade war has also spilled over into US corn, with Iowa and Nebraska as major producers and Trump supporting states. Claims that ‘American farmers are the first casualty’ may not be unreasonable. A study by Francois and Baughman highlights how the potential hit to the agricultural sector could reach 6.7% of net incomes, and over 67,000 jobs losses. In truth, they are being taxed as a direct result of Trump’s steep tariffs on Chinese imports. By focusing on agriculture and targeting Trump’s key constituencies, China has transformed its geoeconomic purchasing power in international trade into a major political card.

As we find ourselves in the second round of trade talks, now in Washington, Trump’s ‘Great Financial Team’ is not unified in their end game. Hubris has meant that neither Trump nor his advisors know China, nor did they anticipate how China would respond to efforts to disrupt its economy. Their weakness has meant that China’s response has been able to hit at the heart of the Trump government.

Yes, China needs America. But America also needs China, as an economic and trading partner for domestic industry and jobs, but also as a diplomatic ally, as issues like the up-coming Korean summit approaches. More significantly for Trump and the Republican Party however, are the implications of a trade war for their voting heartland, and the November mid-term elections that may be the ace in China’s hand.

Winnie King is a specialist in Chinese International Political Economy and International Relations. She is based at the University of Bristol. Image Credit: CC by White House/Flickr.

Tsai’s second year: The emergence of non-partisans in Taiwan
Japan and the Other – Its (not-so-) hidden minorities