Why an invasion of Taiwan by China won’t be easy

Home /China, Taiwan/Why an invasion of Taiwan by China won’t be easy 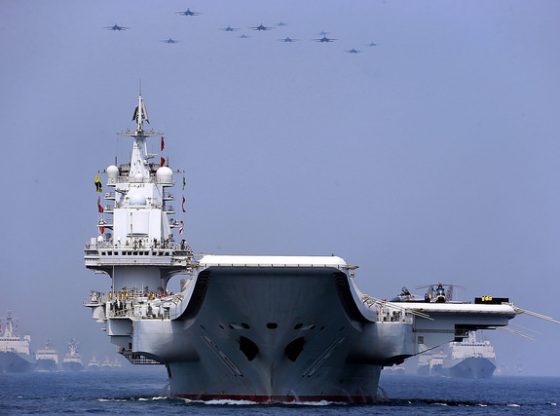 A recent poll revealed nearly two-thirds of Taiwanese believe their military is not capable of preventing an invasion by China’s armed forces. Only 27 percent of those polled were confident Taiwan forces could deter an invasion. The poll was conducted by the Taiwanese Public Opinion Foundation just days before a live-fire military exercise was held by China in the Taiwan Strait on April 18.

Despite a lack of confidence in their military, nearly 70 percent of Taiwanese would either join the army or put up resistance should China launch an attack, according to another survey conducted by the Taiwan Foundation for Democracy. A lesser number (55 percent) would fight if war was instigated by a declaration of independence from Taipei.

A local population fighting for the survival of its values and lifestyle is not to be taken lightly, as made clear by Ian Easton. In his 2017 book, The Chinese Invasion Threat: Taiwan’s Defense and American Strategy in Asia, Easton believes the cohesive spirit of 2.5 million registered men of military age, fighting on difficult yet familiar terrain, gives Taiwan the advantage. Moreover, Easton contradicts the views of those Taiwanese recently polled who believe their military is not up to the task of defending the nation, arguing “There are few nations on the planet more resilient and ready for an enemy first strike than Taiwan.” He points to Taiwanese fighter jets, which could inflict a loss ratio of two or three to one against inferior Chinese pilots, and the possibility Taiwan’s military could force the Chinese to de-escalate without American military support.

The poll also asked Taiwanese their views on whether or not the United States would send troops to help defend Taiwan. While 47.4 percent of Taiwanese were confident of support, some 41 percent of those polled expressed doubts America would come to the rescue.

The high turnover within the Trump administration, along with the U.S. President’s still evolving foreign policy stances (e.g. Taiwan’s flag was deleted on off all government websites in January), may have played into the doubts of those Taiwanese polled. And for those familiar with the history and language of the Taiwan Relations Act of 1979 (TRA), its origins and ambiguous wording may have added to their doubt.

Prior to 1979, Taiwanese could rely on the protection of the Sino-American Mutual Defense Treaty, enacted after Chinese mainland forces began shelling Kinmen and Matsu in the First Taiwan Strait Crisis of 1954. The treaty was in effect until 1979, when U.S. President Jimmy Carter formally recognized the communist People’s Republic of China (PRC) and severed official relations with Taiwan.

With the loss of a formal defense treaty, the TRA was a unique effort by Congress to limit the damage to U.S.-Taiwan relations by President Carter, and reassure Taipei of continued relations and U.S. military assistance. A domestic law passed by Congress, the TRA made it the policy of the United States “to maintain the capacity of the United States to resist any resort to force or other forms of coercion that would jeopardize the security, or the social or economic system, of the people on Taiwan.”

While the Act calls for the United States to be prepared to deter an invasion, it leaves the question of whether or not to respond, and how to respond, to the President and Congress, who “shall determine, in accordance with constitutional processes, appropriate action by the United States in response to any such danger.” In this respect, however, the language of the Act is similar to that found in many U.S. mutual defense treaties, and leaves any decision to respond militarily more dependent on political will than law.

The threat of invasion

While the Taiwanese may not be confident of their military’s ability to fend off such an attack, or are skeptical over U.S. military support, many are not losing sleep over fear of an invasion. Some 64.5 percent do not believe China’s military will invade Taiwan, while only 25.7 percent think an attack is likely.

The poll did not ask Taiwanese why they thought an attack may or may not occur, or provide varying time frames for an invasion, so we can only speculate as to their reasoning. One possible reason is those polled concur with Easton’s view that Beijing is ready yet—despite China’s much-heralded military prowess and the threat it brings. Easton calls China’s People’s Liberation Army (PLA) is a “dangerous fighting force,” though adding it “is not a finely honed instrument of war.” According to Easton, “if the invasion was attempted today, it would probably turn into a debacle” adding further, “no invasion of Taiwan is going to be seriously contemplated as a viable option for many years to come.”

So despite recent heated rhetoric from Beijing and live-fire drills in the Taiwan Strait, it would appear from the polling that Taiwanese are taking the threats in stride, and will continue to carry on their daily lives without too much worry.

Gary Sands is a Senior Analyst at Wikistrat, a crowdsourced consultancy, and a Director at Highway West Capital Advisors, a venture capital, project finance and political risk advisory. He is currently based in Taipei. This article was first published on The National Interest and can be found here.  Image credit: CC by RHK111/Flickr.

‘Japan is back’: but which Japan?
Re-envisioning Taiwan’s public diplomacy