China’s military is poised to become a world class force 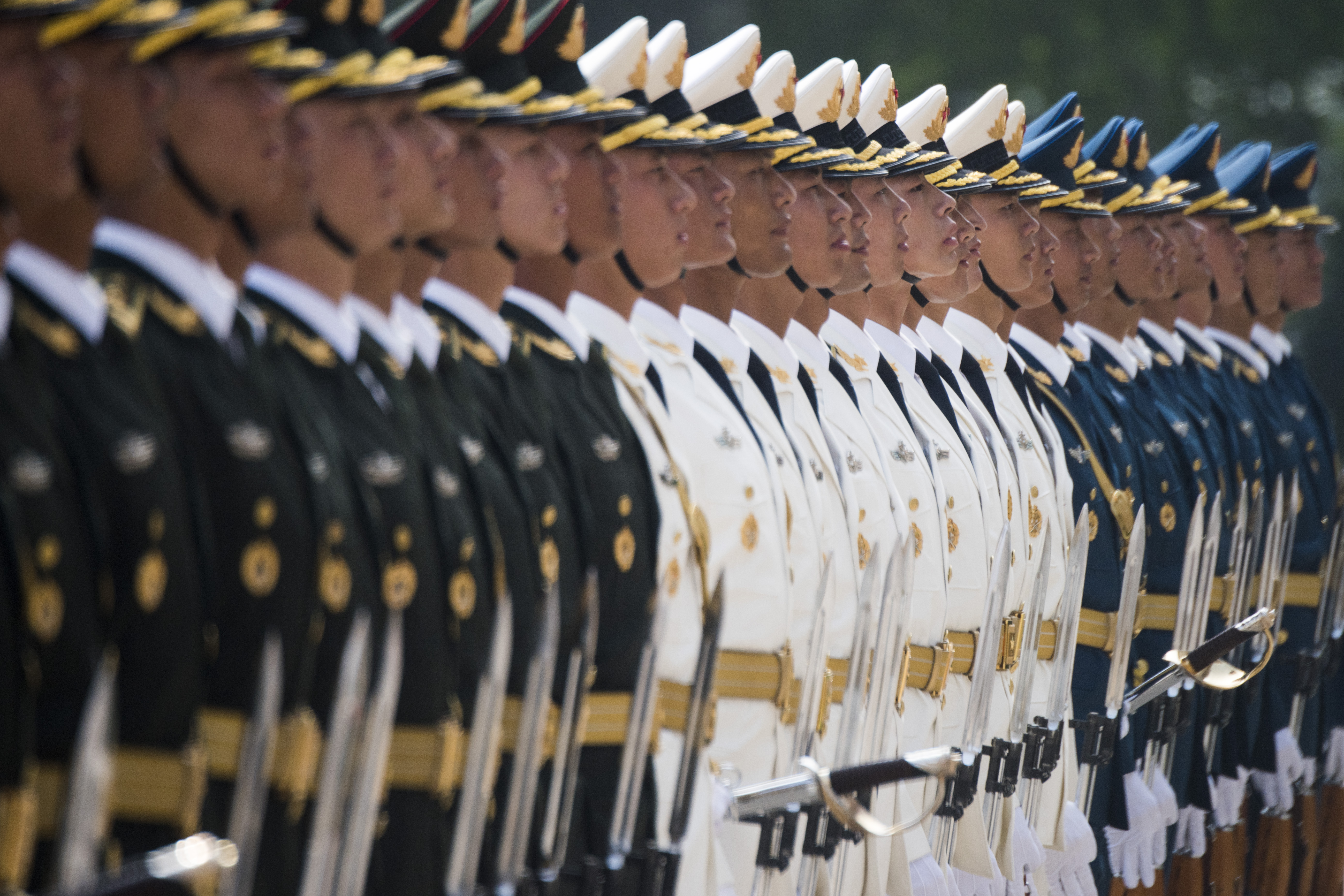 The 19th Party Congress guidelines, published in October 2017, envisioned the establishment of joint theatre commands by the 2020 and the People’s Liberation Army becoming a “world class” military by 2050. While many analysts in the West termed China’s military modernization efforts a decade ago as “aspirational” in nature, the thrust by the political leadership, the increasing display of military muscle is unnerving many countries in the region.

It began with the new demands of the civilian leadership with the transition from “keeping a low profile” under Deng Xiaoping towards the recent “accomplish something” under the current President Xi Jinping.

The May 2015 white paper on national defence – the last such paper- directed the armed forces to defend China’s national interests and protect the country’s interests in “new domains” (cyber, space and maritime). The unveiling of the Belt and Road Initiative since 2013 to connect with Europe, Africa and Asia and the protection of these assets provided China’s armed forces with new vistas and out of area operations for the near future. With China’s “core interests” expanding from Tibet and Taiwan to now include the South China Sea since 2009 and the Senkaku Islands (under the actual administration of Japan) since 2010 and “southern Tibet” (Arunachal Pradesh under India) since 2005, the stage is set for the armed forces to expand their remit of military operations.

As a result, the pace of China’s military modernization and outreach has expanded exponentially in the last few years.

Firstly, was the reorganization of the military commands since December 2015 into theatres with efforts in the direction of joint integrated commands. The initial confusion in the rank and file after the four general departments were brought under the General Office of the Central Military Commission and the creation of five theatres from seven military regions seems to have settled down.

Secondly, with the civilian leadership efforts since March 2015 towards ushering into the “fourth industrial revolution” with a focus on artificial intelligence, new energy, 3D printing, nanotechnologies, and the like, the military is also poised to reap benefits as seen in the recent applications in unmanned aerial vehicles, space, and other sectors. The pace of civil to military transfers and integration appear to be picking up of late if one considers the unveiling of stealth aircraft and ships, aircraft carriers, etc.

Thirdly, with its new status as the 2ndlargest economy since 2010 and hi-tech exporter since 2014, China’s defence allocations and exports remain unabated. In March 2018, China announced a budget of $175 billion, an 8 percent increase on the previous year and a double-digit increase every year since the early 1990s. Actual defence spending remains debatable ranging between $200 to $300 billion, if one includes dual-use and other activities of the armed forces of the country.

Fourthly, as is evident from China’s military posturing in the Taiwan Straits and the South China Sea, the all-out military build-up is combined with a strategy of utilizing “three warfares”, focussing on the media, legal and psychological domains. Also, many agreements that the previous leadership had arrived at pledging to “maintaining status quo” have been violated and new – and unacceptable – bars were set with opponents, indicating a new stage in China’s posturing with its neighbours.

China’s military footprint abroad is also increasing at a faster pace. In December 2015, China began constructing a naval base at Djibouti, with a 6,000 Marine Corps deployment announcement at Gwadar in Pakistan. Also, China’s submarines began regular missions to the Indian Ocean, docking at Colombo and Karachi in 2015, in addition to the more aggressive patrolling of the new Jin-class strategic nuclear submarines in the Pacific and Han-class nuclear attack submarines closer to Okinawa. The above is in line with the “two oceans” strategy towards the Pacific and the Indian Oceans. The 26 naval missions of China since 2008 to the Gulf of Aden were useful practice for this type of out of area manoeuvres.

Amphibious operations and air-defence subjects covered during these Gulf of Aden missions have raised many eyebrows as these are obviously not means for countering piracy. Such missions also provided valuable lessons in medium air and sea-lift operations while evacuating over 50,000 Chinese citizens in war-torn Yemen, Libya, Egypt and Syria. Several recent developments in China’s military confirm this pattern. On May 13, China’s first home-built aircraft carrier began sea trials from Dalian. Construction for this 70-thousand-ton vessel began just over four years ago. While the Ukraine-bought Varyag converted to Liaoning aircraft carrier was designated as a trainer, it did make waves by the surrounding Taiwan Straits twice, sending a signal to the democratically elected Tsai Ing-wen.

China launched newer multirole fighter aircraft similar to the J-10, J-11 and J-20 during the last decade. These are being deployed in the Taiwan Straits, Tibet, South China Sea and other areas sending signals of intent to local neighbours. The Su35 aircraft procured from Russia (24 in all to be procured) began flying in the Bashi channel – sending clear signals on acquiring air superiority in the East China Sea where China imposed an Air Defence Identification Zone earlier. That long-distance military missions need heavy lifting is reflected in China inducting 7 Yun-20 heavy transports into the air force recently, in addition to purchasing the largest transport aircraft from Ukraine. These would enhance the airlift capabilities of China in faraway theatres pushing the PLA further towards the goal of becoming a “world class” military.

Deterring more formidable adversaries like the United States is necessary to drive uncertainties, specifically when the Trump Administration has been making inconsistent policy decisions and seemingly resorting to “isolationist” tendencies. This provides a huge “strategic opportunity” for China in the near future.

China has put pressure on the US through advertisement of its “Guam-killer” DF-26 intermediate ballistic missiles, first presented at the Beijing military parade of September 2015. Daredevil mid-air near collision flights with the US also increases pressure. Such signalling by the armed forces of China towards the US and any dithering by the latter send mixed signals to Asian nations. Without actual military force application, China by deploying its armed forces and expanding conventional and nuclear deterrence capabilities is increasingly coveting a leadership position in Asia.

Srikanth Kondapalli is Professor in Chinese Studies at Jawaharlal Nehru University at New Delhi. Image Credit: CC by Chairman of the Joint Chiefs of Staff/Flickr.

Re-envisioning Taiwan’s public diplomacy
The National versus the Local: Karnataka and the Race for 2019