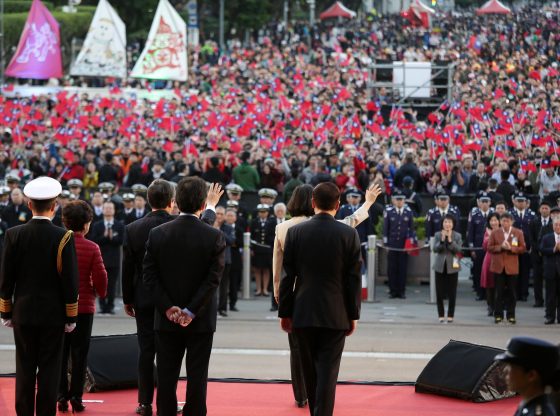 A large part of the Republic of China’s (ROC’s) foreign policy has focused on the issue of sovereignty and the diplomacy related to that issue. In the immediate aftermath of 1949, the thrust of Tawain’s diplomacy was to maintain the fiction that the ROC represented China as a whole. Since the 1970s however, the thrust has been to prevent Taiwan from being marginalized altogether.

This focus includes public diplomacy (PD) which was largely directed toward other people’s understanding and support of the symbolic importance of preserving Taiwan’s ‘international space.’ This thrust is now essentially a rear-guard, defensive action that must be continued, but is unlikely to be rewarding.

Thus Taiwan might proactively re-envision much of its public diplomacy, accessing a different strategic space.

In this dispiriting context, Taiwan’s PD methods actually have often been well conceived. Frequently, the problem is not tactics, implementation, or even strategy, but rather goals. This is not an assessment of the validity or justice of the sovereignty focus; rather simply a pragmatic analysis of the potential effectiveness of Taiwan’s PD. Taiwan’s attention to allies and friends will continue.

Soft power provides a means of achieving goals beyond normal means of power and economic weight. For example, Scandinavian countries are remarkably successful at using soft power tools to extend their influence far beyond the possibilities implicit in their military, economic, or demographic size.

Taiwan has a huge latent capacity for effective soft power, given its healthy democratic institutions, high ranking on social indexes, enviable economic development, commitment to liberal values, and positive image (among those who are aware of it atleast).

However, Taiwan’s soft power is not targeted as effectively as it might be. While the Republic of China’s relative position globally has deteriorated, in the last decade the wider international environment has changed significantly, fortunately enhancing the impact of public diplomacy.

New actors, especially international non-governmental organizations (INGOs), are increasingly influential, are less constrained than states, and can be effectively engaged. Democratization and widespread public participation increase the capacity of PD to impact public agendas and preferences. Publics and members of INGOs can be more directly connected through new social media and communications technology. Global issues animate people across borders and matter deeply to Taiwanese. Each suggests a new direction or dimension for PD. International space can be redefined as public, not diplomatic, space.

A new approach is demanded by the combination of these new opportunities and the constraints placed on the ROC’s traditional PD. The traditional goals target what Joseph Nye calls the “first face” of policy, i.e. 1) the attempt to change other’s policies. Without fully discarding this first face, for Taiwan’s PD to be increasingly effective, the goals could be substantially refocused on Nye’s second and third “faces” of policy: 2) influencing agendas, and 3) shaping basic beliefs, perceptions, and preferences.

Elsewhere, I refer to this as a ‘limits’ model in contrast to a ‘policy’ model of PD. The basic idea is to limit the policy options others can conceive. Frame the discussion rather than conclude it. Create shared goals that then can shape which policies are formed, rather than seek agreement on policies. This happens when focus is on foundational issues rather than immediate policy concerns.

An analogy is advocating for the introduction of a specific language into a community’s curriculum (policy model) vs. promoting the general importance of second language education based on new neuroscience findings (limits model). For instance, advocating for Mandarin inclusion might be the best option if there is a large Chinese immigrant community and strong trade with China. Promoting language training creates a paradigm of shared values.

Similarly given Taiwan’s circumstances, the PD limits model (setting agendas and preferences) presents a strong choice. The first face need not be ignored or rejected, but new and stronger emphasis could to be placed on this limits approach.

Perhaps Taiwan could rethink where it focuses its major PD energy, budget, relationships, influence, etc. Should it be on policy options with marginal chances of success, like admittance to the World Health Assembly? This may be noble, just, useful in fighting global disease, or necessary for domestic politics, but it also absorbs bandwidth and resources. Does it need to continue with the same intensity?

A new spatial concept is required. Perhaps for PD purposes, Taiwan’s global position might be conceived as equivalent to the ‘first geographical international INGO.’ Taiwan’s PD goals would be redefined as a set of causes to support, a score of species to protect, a bundle of diseases to attack, a core of values to promote, etc. Taiwan could support and join related INGOs in their missions.

People, including Taiwanese, are passionate about issues. For example, Taiwanese could pick 10-20 indicator species that are loved and prevalent in Taiwan. Each has a dedicated global INGO that fights for that species and a host of passionate supporters: cranes, bears, butterflies, trout, dolphins, turtles, coral, ducks, etc. Taiwan could join and support those INGOs, becoming a leader in species protection. Or, support free press and journalism worldwide. Or, support the eradication of 5 major communicable diseases, engaging Taiwan’s incredible health system. Or, …

So, what might Taiwan get in return? First, the local spillover effect on issues would be important and uplifting, raising standards in Taiwan. Second, the mission would be an international service. Next, this limits approach would provide Taiwan a positive external vision similar to but distinct from the Scandinavian countries. Fourth, Taiwan’s foreign policy would take on a positive, proactive character rather than an unremitting defence. Fifth, this is not in opposition to mainland China but a contribution to humanity. Finally, Taiwan may garner the support of millions who share Taiwan’s vision, simply asking them to acknowledge some ‘limits’ which are difficult to reject.

Here are three possible limits that, through PD, Taiwan could ask other actors to embrace: 1) Yes, Taiwan is a force for good in the world, 2) Yes, change in East Asia should be the choice of the Taiwanese people, and 3) Yes, any change should be peaceful. While not optimizing Taiwan’s foreign policy preferences, this limits model satisfies minimum needs and is obtainable.

While Taiwan knows how to be effective, its PD goals leave its reach inside an ever-contracting space. Refocusing on the limits model redefines and expands that space without conceding friends or allies and possibly without antagonizing the PRC.

However, repositioning public diplomacy to achieve what the rest of the world can give, would require a major restructuring. Global INGOs won’t engage with a politicized approach. The approach must be apolitical and firewalled from short-term domestic politics. The challenge in moving to a limits model of PD is internal. How do you continue doing what you must do, while also turning to embrace new approaches and environmental opportunities? This involves unlearning decades of acquired experience, bureaucratic inertia and politics, reform of inherited structures, de-politicizing contentious topics, and bold decision making.

Adopting a limits model of public diplomacy with the attendant institutional changes is perhaps a bridge too far, yet it is a real hope for an effective, expansive, pro-active public diplomacy.

William C. Vocke, teaches Public Diplomacy at NCCU and is Ex. Dir. of the Foundation for Scholarly Exchange. The ideas expressed in this policy commentary are only those of the author and do not reflect those of his organization or any other institution. Image credit: CC by 總統府/Flickr.