Two years into Tsai’s China policy: Is it time for change? 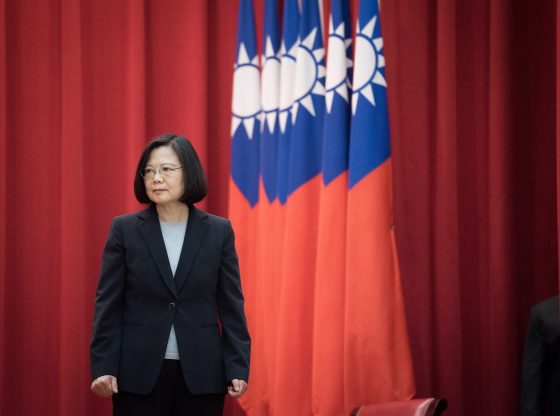 At her inauguration speech on May 20th 2016, President Tsai Ing-wen pledged to maintain the stability of Taiwan’s relations with China, to be achieved through the existing foundations that currently guide cross-Strait relations, including the Republic of China (ROC) constitutional order and the spirit of setting aside differences to seek common ground, as in the 1992 talks.

The purpose of Tsai’s statement was to echo remarks made by Chinese Foreign Minister Wang Yi, who expressed his hope at the Center for Strategic and International Studies (CSIS) on 25 February 2016 that Taiwan would stay with its own ROC constitution. In the two years since, the Tsai government has sought to maintain the delicate stability of cross-Strait relations based on this policy course. However, continuing this policy course is set to become increasingly difficult since China itself has abandoned the 1992 Consensus.

To reassure a wary China, the Tsai government has signaled in several ways that her government will not challenge the legacy of the previous government.

Firstly, despite harsh criticism from the deep-green camp, she picked David Lee as the Minister of Foreign Affairs and named Katharine Chang the Minister of Mainland Affairs Council. Placing people with a pro-blue background in these two important positions implied that Taiwan’s China policy under Tsai would not take a sudden U-turn towards independence.

Second, the Tsai government dedicated most of its energy to issues related to social reform in the past two years. It intentionally avoided issues China regards provocative, such as changing the name of the country from the ROC to the Republic of Taiwan (ROT) or constitutionally revising the territory claim of the ROC, both of which have been demanded by the deep-green camp for a long time.

Moreover, following the Ma government, the Minister of Health and Welfare Lin Tzou-yien used the term “Chinese Taipei” in his speech at the World Health Assembly (WHA) 2016. In the same vein, Mainland China, not China, is the term the Tsai government usually adopts when referring to the authority across the strait. Therefore, it could be argued that the Tsai government has been conducting a de facto 92 Consensus of the Ma era (One China, different interpretations) for the past two years, although Tsai has not publicly accepted the term yet.

However, it appears that, after the 19th Party Congress in October 2017, the 1992 Consensus is no longer satisfactory to China anymore. From 2008–16, the modus vivendi between China and Taiwan was partially built upon China’s tolerance of Taiwan’s interpretations of what the Consensus really means. Many signs now indicate that China has now replaced the 1992 Consensus with the One China Principle—Taiwan belongs to the People’s Republic of China (PRC)—as its guide for engaging with Taipei.

Taiwan’s participation in global affairs is also considerably squeezed by One China Principle. Since the Ma government, Taiwan has aimed at joining the International Civil Aviation Organization (ICAO), the World Health Organization (WHO), and the International Criminal Police Organization (INTERPOL). Taiwan attended the annual meeting of WHO in Geneva as an observer from 2009 to 2016. However, it could not attend the meeting last year and this year. The 39th ICAO Assembly also blocked Taiwan’s participation in September 2016.

Referring to the One China Principle, Interpol refused to work with Taiwan during the 2017 Summer Universiade held in Taipei. More and more countries and politicians around the world have stood up to support Taiwan’s participation in the global community. However, the growing support has not translated into a real change yet.

More worrying is the trend of China pushing its One China Principle into the private sphere. A number of multinationals are now under Chinese pressure to alter how they refer to Taiwan. British Airways, Lufthansa, Delta Airlines, Qantas, American Airlines, United Airlines, Air Canada, Marriott International, Zara and Medtronic have all been asked by China to change the way they refer to Taiwan from Taiwan to “Taiwan, China/a province of China.” GAP expressed that it was “extremely sorry” to China for designing a T-shirt with a map of China which did not include Taiwan, parts of Tibet, and the South China Sea.

Due to China wielding thr One China Principle so aggressively in recent years, more and more Taiwanese have started to question whether Tsai’s policy course toward China is correct and effective. In the past two years, Tsai proposed direct talks with China on several occasions. For example, in a recent TV interview this May, she called on China to learn from the recent two-Korea summit that having a direct meeting without setting any preconditions can defuse a potential misunderstanding and misjudgement.

However, China seemingly avoided responding to Tsai’s olive branch for not giving the Tsai government any credit. More and more Taiwanese therefore argue that, since China is eager to erase the existence of the ROC, why should Taiwan not use this as an opportunity to the change the name of the country to the ROT, after all few countries recognize the ROC nowadays. Some also argue that Taiwan should retaliate, and increase its allies by attempting to poach some of China’s own allies in Africa and Latin America.

The delicate balance of cross-Strait relations has been mainly maintained by four actors: Washington, Beijing, Taipei, and Taiwanese people. Although the US passed the Taiwan Travel Act this March, the level and the areas of US-Taiwan interaction have not yet exceeded what they were in the past in any significant way, implying Washington still prefers to maintain the status quo. The Tsai government has been behaving like a buffer between China and Taiwanese in the past two years.

While Beijing’s pressure on Taiwan to accept the One China Principle is likely to continue, if not increase, it is likely that the Tsai government would discard the current policy course at some point and seek support from the deep-green camp instead. So, is it time for a change?

Yu-Hua Chen is a PhD candidate at the School of Culture, History, and Language at the Australian National University. Image credit: CC by Office of the President, Republic of China (Taiwan)/Flickr.

Japan and the Other II – Caught between Asia and the ‘West’?
Is China stuck in the ‘success trap’?