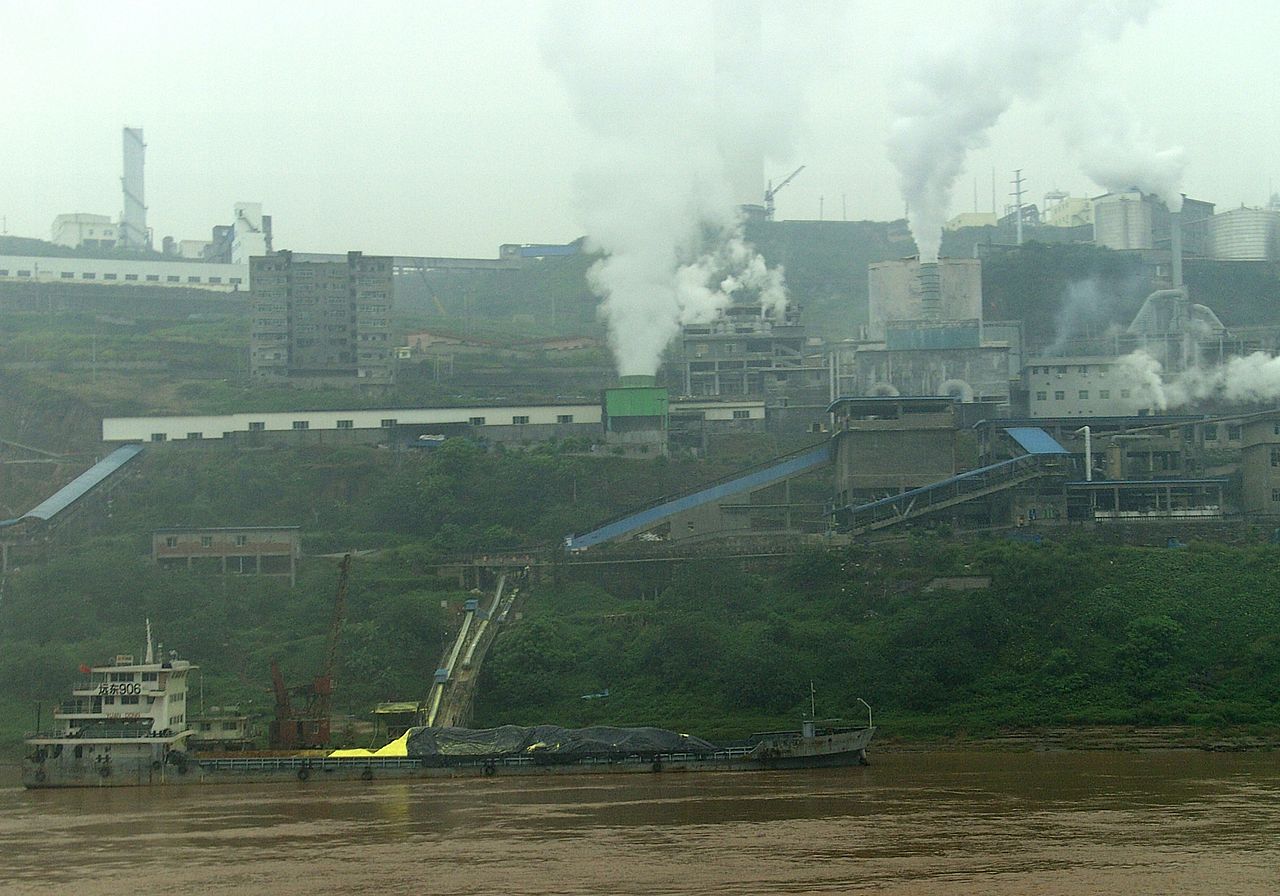 The question arises as to whether China can pull out of its current nose-dive towards an environmental catastrophe? The question is the same whether this be Earth (soil pollution), Air (pollution), Fire (energy) or Water. In this instance we will focus on water.

Water scarcity and water pollution are two sides of the same coin and China’s water crisis has been alluded to in many theses since, and before, the 2004 publication of Ma Jun’s China’s Water Crisis and Elizabeth Economy‘s The River Runs Black (2010) where the quantitative and qualitative deterioration of China’s water resources, even then, was considered to be apocalyptic. Not least, each time I have this discussion with Chinese colleagues who had migrated from the village to the city, they always tell me that ‘when I was a child the stream that ran through our village was clean with fish and we could bath and swim in it, but now when I return I find a dirty stinking ditch’.

Social stability is a first and foremost consideration in Chinese policy-making and as a non-democratic country it takes due note of the public voice. In recent years, 50% of mass protests have been concerning the environment. Fear of public unrest has led to the new Environmental Protection Law (2015) which is one of the most advanced pieces of democratic legislation, matching that of western nations, in the history of Chinese policy. The legislation requires public opinion in environmental decision-making, ratifies PIL (Public Interest Litigation) and ratifies the role of NGOs in representing the public voice in the litigation process. This law was concomitant with the formation of the Supreme People’s Court Environmental Tribunal to deal solely with environmental cases.

Moreover, in March 2017 at the 19th National Party Congress, for the first time in the history of Chinese politics, Xi Jinping mentioned the word ‘environment’ more times than he mentioned the word ‘economy’. To be precise, environment was mentioned 89 times and economy was mention 70 times. This reflects a significant change in the air. At the same congress a new environmental ‘Super-ministry’ was announced. The fragmented governmental structure in which cross-ministerial administrative responsibilities have been an ongoing source of conflict in the water sector have now been amalgamated through the formation of a mega Ministry of Ecology and Environment. The amalgamation includes key government departments related to water and climate change which have now been placed under one hat. The effectiveness of this long awaited restructuring is hopeful but yet-to-be-seen.

Recently, the water pollution policy of the Ministry of Environment was substantially enhanced when Chen Jining, carrying a PhD in water engineering, became minister 2015-2017. He put together the ‘Water 10 plan’ which is currently in the process of implementation. Chen Jining is now mayor of Beijing and will be in a position to implement that plan.

The water crisis is not so much the fact that 30% of China’s river sections are below grade III in water quality or that groundwater tables are reaching their bedrock or that 60% of groundwater is grade IV or above, but rather the recovery time. For example, the River Thames in its current status, after some 70 years of rehabilitation, is still far from reaching ‘good ecological status,’ as per the EC Water Framework Directive. A similar timeline may be expected in China’s rivers where the situation is far worse.

Groundwater is more disturbing since recovery and rehabilitation of groundwater is both expensive and under natural regeneration could take hundreds, if not thousands, of years. Bearing in mind that the North China Plain carries 50% of China’s population and 60% of their fresh water comes from groundwater and groundwater tables are dropping approximately 1 metre per year, we have already reached crisis level.

The real key to resolving China’s water crisis is not so much in policy making but rather in the actions of the local government officials. China is unfortunate in its inheritance of old style government resulting from the Mao era and which is still persistent especially in the more backward inland provinces of China and in some central government departments. Here, government officials still carry the slogan “economy first and environment second” and which still resonates in the local environmental decision making process. Moreover, local governments are experts in finding their way around the problem as opposed to dealing with the problem.

Taiyuan in Shanxi Province is a case in hand, in which the stench and pollution of the Fen River that plagued Taiyuan city was resolved by filling the original river course with water from a lake reservoir above the city. This resulted in a pleasant, broad and pregnant river with wonderful promenade and green area stretching along the banks of this newly refurbished river until it comes to an abrupt end at the edge of the city where a rubber barrage is placed. Effectively the Fen River of Taiyuan city is no more than a long artificial lake, whilst the real Fen River continues as a polluted black ditch towards the Yellow River.

The quality of river water is inevitably an up-stream/down-stream process. Often in the city planning of water supply, water intake will come from the upstream section of river and the wastewater outlet will be located on the downstream side of the city, resulting in the polluted water being passed onto to the next administrative boundary. This inevitably results in questionable data manipulation to ascertain that the situation is improving to comply with government regulations.

Regardless, the fact is that “no leader will be promoted because of achieving environmental and energy targets” (quote from Environmental Protection Bureau official). For example, in the point system for promotion in Shanxi Province, an official may gain 28 points for developing the local economy but only 14 points for having a positive impact upon the environment. Of course, a swift change in regulation could provide more green points to officials that will encourage environmental projects and recently increased central government pressure is generating more compliance to environmental regulations resulting in modest improvement in water quality. However the real change that is required is that of ‘mindset’ and here lies the seed of hope. Education and exposure to ‘green thought’ from Western countries is generating a new of breed of governance and a new level of awareness in environmental matters. An increasing number of instances are coming to the fore. A local mayor in a district of Hangzhou in Zhejiang Province is setting targets zero emission in the water of the local canal and river network through water treatment technologies; the judge of Qingzhen county Environmental Tribunal in Guizhou province employs the services of a local NGO to be a watchdog over polluting industries to ensure water emissions are compliant to environmental regulations; NGO action groups initiate clean-up campaigns to rehabilitate local river sections. These all provide promise to the relief of the water crisis in China.

In summary, a change is in the air and with the iron fist of Xi Jinping, the increased power and coordination of the environmental ministry, the voice of the people and the enlightenment of local officials one can expect a gradual but progressive improvement in the status of water in the years to come.