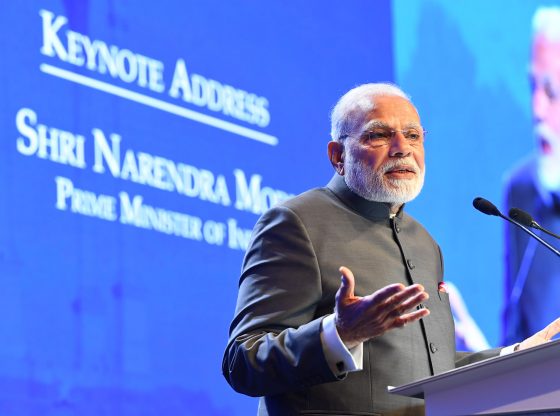 Delivering the keynote address at the 17th Shangri-La Dialogue in Singapore, Indian Prime Minister Narendra Modi outlined his vision for the Indo-Pacific region. He stressed the need for a free and open Indo-Pacific, both economically and geostrategically.

He called for respecting territorial integrity and sovereignty of all the stakeholders and at the same time urged the powers present to abstain from protectionism. In his speech Modi also placed great stress on a multi-polar order as a way toward a stable and peaceful Indo-Pacific. He categorically stated that the construct of the Indo-Pacific should not be directed against any one country, i.e. China. Modi likewise reiterated India’s support for a rules-based order and the freedom of navigation.

Modi’s vision for the Indo-Pacific could be described as ideal or at least desirable from New Delhi’s point of view. But there are three major challenges in realising the Indo-Pacific as imagined by Modi. These challenges are the diverging visions of the Indo-Pacific by different powers, India’s readiness to assume responsibility, and finally the expansion of India’s strategic sphere.

Diverse visions for the Indo-Pacific

India’s vision of a multi-polar order is in stark contrast to the visions of the Indo-Pacific region’s most powerful powers, China and the United States. This struggle for geopolitical advantage in the Indo-Pacific presents the principal challenge for India.

China’s expansionist and assertive policies in the Indo-Pacific, especially in the South China Sea, are potentially pushing the region towards a uni-polar order. China’s claims in the the South China Sea and border disputes with Brunei, Philippines, Indonesia, Malaysia and Vietnam is a matter of grave concern for regional and extra regional powers. This situation has created a challenge to a rules-based order and could also affect freedom of navigation in the future. But during the Shangri-La Dialogue, China defended its actions in the South China Sea saying that it was only protecting its sovereignty.

While Modi spoke about not indulging in power politics, India needs to rethink its strategy. India, along with China, is considered one of the two major powers of Asia. But in order to be a major power India needs to play a more active role in the strategic sphere. For a long time India has had the image of being a freeloader when it came to regional or extra regional security matters. India must change this policy and assume a more responsible role.

India’s road to major power status can only materialise through their active participation in the regional and extra regional security architecture. India has been shifting its foreign policy from inward-looking to outward-looking. But India’s foreign policy is still dependent on soft power to a great extent. Soft power has its role in international relations. But an outward-looking policy needs to be followed up by the use of hard power. It implies active participation and taking a responsible role in the security architecture of any region that is of economic or strategic interest.

In his speech Modi laid emphasis on a Southeast Asia centric Indo-Pacific. He stated that the unity displayed by the ASEAN countries is of major impor for the Indo-Pacific’s stability. India’s increasing engagements with Southeast Asia, by way of the Look East Policy and the Act East Policy, was also the driving factor behind placing Southeast Asia at the centre of its Indo-Pacific policies. Modi also reiterated the strategic importance of the Indian Ocean for India. But in order to play a major role in the Indo-Pacific region India must expand its strategic sphere.

At present India’s engagements are mostly concentrated in the Indian Ocean Region. This implies that India is still operating at regional level. The multi-polar order as enunciated by Prime Minister Modi cannot become a reality by depending on the goodwill of other stakeholders. India needs more a strategic footprint beyond its regional engagements. In case of the Indo-Pacific as a geopolitical constrict, India needs to start participating as a  Pacific power. New Dehli must rethink the viability of The Quad as a forum for managing regional security. This is in spite of the fact that the Quad in principle goes against India’s vision of a multi-polar order, since it is considered by some as an alliance to contain China.

Along with the three other members of The Quad, India should try and increase its maritime engagements with Vietnam and South Korea. It could give a more multi-polar character to the existing defence arrangements in the region. India’s vision for a multi-polar Indo-Pacific is well-intended. However at present its realisation is a considerable challenge for India because of three factors – its own readiness, China’s assertive policies and the uncertainty of the United States.

Niranjan Marjani is an Independent Researcher and Columnist based in Vadodara, India. He tweets at @NiranjanMarjani. Image credit: by Indian Ministry of External Affairs/Flickr.

Preaching hate and violence: The (militant) Buddhist perspective
Tourism as a territorial strategy in the South China Sea