After Surabaya: Regional challenges for terrorism in Southeast Asia 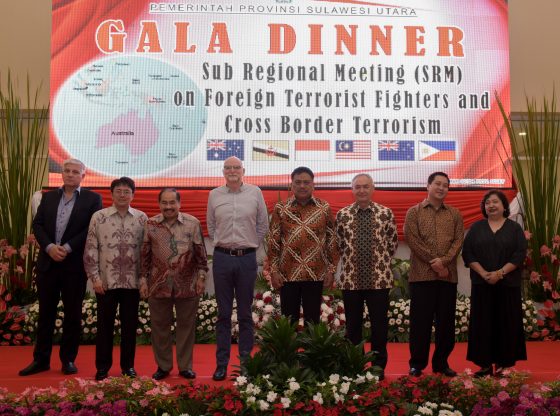 Between 13 and 14 May 2018, three families of suicide bombers – all members of the Islamic State-linked Jamaah Ansharut Daulah (JAD) – struck in or around the Eastern Indonesian city of Surabaya.  In all, 13 of the 16 family members were killed in the attacks that utilised female suicide bombers and involved children from as young as 8. It was the first time that women were used operationally in terrorism, in Southeast Asia, though Indonesian authorities arrested the first would-be female suicide bomber in December 2017. The Surabaya attacks took place a week after terror suspects took over a prison and killed five policemen; three additional terror suspects were killed or arrested en route to the prison siege. The week before, security forces arrested three men with TATP explosives in the central Javanese city of Bogor.

In short, terror cells remain active across Indonesia. There is little coordination or over-arching command and control amongst them, but that does not make the threat posed any less real, or any easier for the security forces.

Indonesian authorities used the attacks as an opportunity to push through a controversial counter-terrorism bill that had been stalled in parliament for over two years.  The root of controversy lay in whether to give the Indonesian military a legal and defined role in counter-terrorism, to give security forces the right of pre-emptive detention, to lengthen the detention period before charges could be drafted, and to criminalise the act of travelling overseas to join militant groups.  At the same time, Indonesia has stepped up resources for its elite counter-terrorism force.

Unfortunately, Indonesia is unwilling to take on some of the key drivers of terrorism.  The prison siege, the second in a year, highlights the desperate need for prison reform.  This would include an exclusive prison for terrorism suspects in order to keep them away from the general prison population.

Likewise, they refuse to shutter the key madrassas that serve as the recruitment grounds for IS-groups, as well as revitalised networks of the pro-Al Qaeda affiliate, Jemaah Islamiyah.

At the same time, there has been a surge in the activities of Islamist vigilante groups, often parading themselves as “anti-vice organisations.” They were most notably behind the mass demonstrations that led to the blasphemy charges against, and electoral defeat of, the Chinese Christian governor of Jakarta, Basuki Tjahaja Purnama (better known as Ahok), in 2016-2017. These groups are positioning themselves ahead of the 2019 national elections, and few politicians are willing to take on these groups which often serve as ideological springboards for recruitment into terrorist organisations.

Roughly 1000 Southeast Asians travelled there but the majority were women and children. Many more never made it past Turkey. There were roughly 200 to 300 fighters in an IS Bahasa language company.  Many of those were killed including some 15 to 20 suicide bombers. The actual number of returnees is small, though it has remained both a priority and logistical challenge for Indonesian security forces.

The greater challenge in terms of security forces remains the Southern Philippines. Pro-Islamic State militants seized the southern Philippine city of Marawi in May 2017, holding it for some five months. Militants from around the region, and as far abroad as the Gulf, fought there. An estimated 40 Indonesian militants fought in Marawi, though it is unclear how many survived and fled the city.

There are four key groups in the southern Philippines that have pledged loyalty to the Islamic State, and many smaller ones. Foreign fighters not only play key roles within these groups, but often serve to bridge the personal and ideological rivalries that keep them divided. This was born out in 2017 in Marawi, where Malaysian IS leaders, forged an alliance between two pro-IS groups.

Mindanao will continue to be a draw for militants because it is the only place in Southeast Asia where they have the potential to control territory. Cells can exist and execute devastating attacks as they did in Surabaya, but they cannot hold territory.

And with the loss of so much territory in Syria, fewer Southeast Asian militants are travelling or even attempting to travel to the region. Mindanao is by turn, cheap and easy to get to, and the border is extremely porous. As such, some of the most important arrests in Malaysia have almost all been in the state of Sabah, which is a key logistics hub for moving people from Indonesia to the Philippines.

Regional cooperation has improved. The sharing of information, such as flight manifests, has made travel to and from Iraq and Syria much more logistically challenging. The governments have been much more proactive and willing to share intelligence with one another.

Most importantly, the establishment of trilateral maritime patrols in the Sulu Sea, between the Philippines Malaysia, and Indonesia, has led to some real improvements in regional security. Most notably, the spate of maritime ship-jackings/kidnappings perpetrated by the Abu Sayyaf Group in mid- 2016 through 2017 have ceased.

The terrorist threat remains a key concern for Southeast Asian security, but it is a manageable threat. There has been some very strong international cooperation which has mitigated the threat, while Malaysia and Indonesia have strengthened their internal capacity. The security situation in the Philippines continues to remain unstable. The proliferation of militant groups has stretched the resources of the Philippine security services thin, while the popular frustration over the slow reconstruction of Marawi (with over 400,000 people still displaced), has led to further mistrust towards the government. As such, terrorism in the southern Philippines remains not just a domestic challenge, but a regional security threat.