Tourism as a territorial strategy in the South China Sea 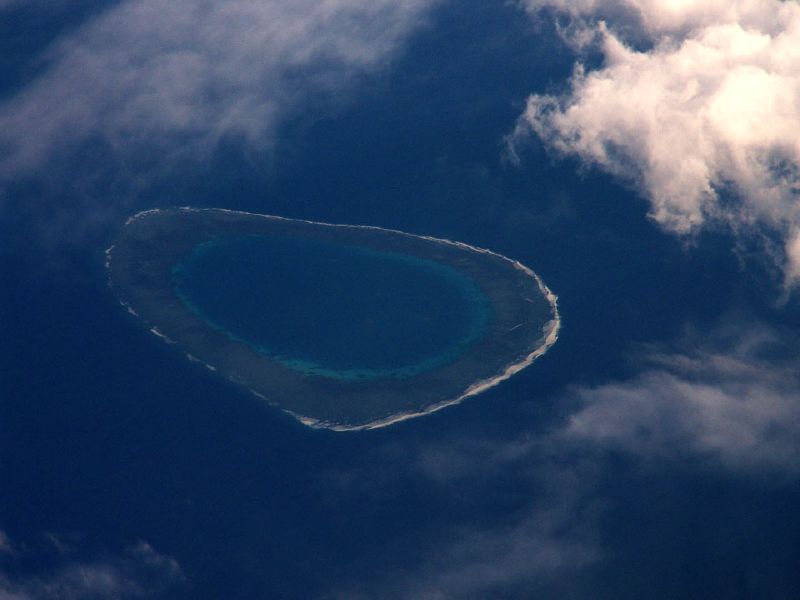 The People’s Republic of China has deployed tourism as a tool in its territorial strategy for the South China Sea, reconfiguring geopolitical imaginaries and popular political discourse, and developing new leisure spaces, economies, and infrastructure. This approach is consistent with China’s deployment of outbound tourism to achieve political objectives in other regions, both within and far beyond its periphery. Outbound tourism from China has been used as an economic lever for extracting concessions or punishing not only nearby Taiwan and South Korea, but places as far away as Canada and the Vatican. At the same time that tourism is being used to consolidate Chinese state authority in Tibet, it has also triggered wide popular protest in semi-autonomous Hong Kong. State-directed Chinese tourism has also precipitated international protest over the contested South China Sea.

The unsettled sovereignty of the South China Sea has provided a theatre for several “creative territorialisation” strategies, including tourism, administrative rezoning, and land reclamation. The PRC has used tourism not only to assert military and administrative control over the region, but to promote patriotic sentiment among its own citizens. Both tourism and administrative rezoning function as a territorial technologies in the region by making facts on the ground (or the sea, as it were): Ships and planes bearing people and materials inscribe visible changes on the landscape, physically labelled as a particular zone. Tourism and zoning also function intangibly in intra- and international space by making discursive claims about regional heritage and history. The claims of official state agencies, both about sovereign territory and its administrative division, are reproduced and circulated travel industry actors, tourists, and bloggers, promoting further tourism development and materialization of the PRC’s claims.

Tourism in the South China Sea has been facilitated by new administrative designations and territorial divisions, characteristic of the PRC’s  “creative territorialisation” regime, including the July 2012 establishment of the Sansha prefectural-level “city,” which  encompasses only 13 square kilometres of land, but includes 2 million total square kilometres of the surrounding waters of the Spratlys and Paracels. Tourism is a critical component of this territorialising process. The United Front Work Department of the Communist Party of China Central Committee—the state body tasked with facilitating Communist Party collaboration overseas and advancing the PRC’s territorial expansion and integration projects (including Taiwan and Hong Kong), on May 21 2015 issued a series of suggestions to improve Sansha tourism safety measures as part of its online “selection of exciting recommendations” (jingcai jianyan xuandeng):

With the establishment of Sansha City in recent years, Sansha tourism has become official business. Sansha tourism has extremely important significance. To pledge and protect our nation’s sovereignty over the South China Sea, promoting the development of Hainan and South China Sea tourism will have an important function. The year 2013 was our nation’s year of ocean tourism. The opening of Sansha tourism was the official maiden voyage of deep sea tourism. Our nation is a tourism great power, and extending our destinations into the ocean will symbolize our move towards being a tourism superpower. As Sansha tourism is ocean tourism, there are a number of key tourism safety issues. Tourism safety is the fundamental guarantor of tourism development. Primarily because the Xisha [Paracel] Islands occupy a special position in the South China Sea issue, even though our nation has sovereignty over the Xisha Islands, their geographical position and special environmental factors raise issues for tourism management.

The United Front Work Department’s communications make plain here that tourism is a conscious part of the PRC’s geopolitical strategy for the South China Sea. This is an agenda shared across agencies—in 2016, the mayor of Sansha, Xiao Jie, announced his plans to make Sansha “a major tourist attraction comparable to the Maldives and will be a key post on the Maritime Silk Road”.

Tourism has enrolled not just politicians and bureaucrats but bodies, businesses, and blogs in the production of borders and territory. Tourist industry representations of the disputed island groups further perpetuate the territorial instrumentality of the newly-formed Sansha City administrative zone. For example, Ctrip, China’s largest travel booking engine, lists island destinations such as Yongxing Island (the seat of Sansha’s government; also known as Woody Island), Qilian Island, and others under the Sansha category.

The itineraries and marketing copy of the PRC’s Paracel cruise ships use not only the destination’s remoteness, but its geopolitical salience as a selling point. On the Hainan International Travel Airways website, the four-day round-trip voyage from Sanya, Hainan, to the Paracels on the Coconut Princess, which takes approximately 200 passengers on two trips per month, was described as 2015’s trendiest voyage:

This is the southernmost and most difficult journey, but it will change your life.

There are no starred amenity services or facilities, just the extreme purity of the sky, sea, islands, and beaches. Open China’s map—in the deep blue of the South China Sea, behind the red coral and blue waters hides the Paracels. Here is a heaven, half of water, half of fish. In 2005, the Paracels were named “1st, Place, Most Beautiful Islands” by China National Geographic Magazine. If you think Sanya is stunning, then a look at the Paracels sea will make you swoon. Even if it’s just a glance, even just a glance, you’ll be certain that this is the final paradise.

Everyone’s heart has a sea like this. What a pity that most people will never arrive in their lifetime.

Another advertisement for the Coconut Princess was even bolder in its appeals to patriotic sentiment. Next to a PRC flag was this call to action:

The southern islands have been part of China’s territory since ancient times. They are a sacred territory that cannot be divided. Please join us, step on the sacred (shensheng), miraculous (shenqi), mysterious (shenmi) national territory (guotu) with your two feet, and witness and participate in history!

The marketing copy of these sales pitches and regional descriptions focuses not just on the natural beauty of these destinations, but also on their geographical uniqueness as the southernmost (claimed) points of the homeland. Striking here is that the PRC’s claims to the Spratly Islands, which are significantly farther south of the Paracels, are subsumed in the destination-marketing hyperbole of the website. If anything, this should be read as an indication of the creatively ambiguous nature of the PRC’s claims to the region, as well as the fact that the Spratlys have not yet been opened to PRC tourism. Once tourists are able to head farther south than the Paracels, China’s so-called “southernmost archipelago” designation will move farther southward online as well. Indeed, this possibility opened up when Fiery Cross Reef received its first civil aircraft and tourists in January 2016. While they were only a small group of soldiers’ spouses and children, if the Paracels are any precedent, there will be many more to come.

Ian Rowen is assistant professor of Geography and Urban Planning at Nanyang Technological University, Singapore. Image Credit: CC by /Flickr. This piece is adapted from a book chapter: