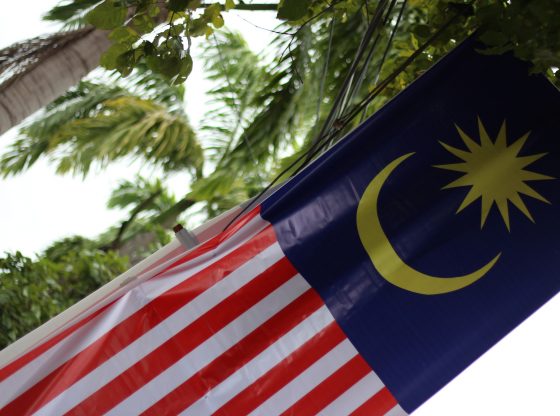 The refrain among many Malaysia watchers of my generation was the same: they never thought they’d live to see the day. On May 9th, citizens of Malaysia ousted a party that had led the country since independence, the mighty United Malays National Organization (UMNO). In persisting so long in power, UMNO had resorted to many orthodox authoritarian techniques: generous elite-level patronage flows; modest mass-level distributions; the privileging of one ethnic community over others; and a systematic usage of low-intensity, but ever-menacing backstop coercion.

But it was UMNO’s combining these strategies with regular and even somewhat competitive elections that captured the attention of scholars and the admiration of autocrats. Since independence, elections for parliament and state-level assemblies have been held scrupulously in Malaysia every five years, just as the Constitution requires. But while perpetuating an imagery of meaningful competitiveness, UMNO, through a pliable Election Commission, tamed uncertainty with widespread manipulations, most notably a severe malapportionment of voter districts that tamped down any opposition gains. Thus, beginning in the mid-1970s when UMNO perfected its techniques, the party led its ruling Barisan Nasional (National Front) coalition to win 10 consecutive elections. The pundits, pollsters, and business forecasters all predicted the same in May 2018.

Even so, a ‘stunning’ election has at last taken place. A large plurality of voters had grown so repulsed over high-level corruption amid general hardship that they handed the opposition a parliamentary majority. The Pakatan Harapan (Alliance of Hope), led by Mahathir Mohamad, a former prime minister and UMNO president who had returned to political life, now forms the government. And though vigorous scholarly debate continues, we might for the moment borrow from Huntington and Lindberg to identify a transition of bottom-up ‘replacement’ and ‘democratization-by-election’.

But will Malaysia’s new democracy survive? There are reasons for thinking so. To be sure, Huntington regarded ‘replacement’, which unleashes unfulfillable expectations, as detrimental to a new democracy’s lasting. But in Malaysia, citizens avoided taking their hopes for change to the streets. They instead declared their preferences at the polling station. Such measured transition to democracy augurs well for its consolidation.

Though Malaysia’s bottom-up dynamic was peaceful, it may still, as such processes of replacement sometimes do, spur the Pakatan government to pursue reforms too far, too fast.

Next, the security forces, ever able at such junctures to scuttle democratic change, calmly stood by as electoral turnover unfolded. And their loyalties have seemed effortlessly to shift since from the fallen UMNO (United Malays National Organization) and its once fearsome warlords to the new Pakatan Harapan (Alliance of Hope) government.

Finally, stunned UMNO politicians accepted their defeat. And after shedding their tainted leader, they prepared to enter opposition, there to rebuild and to contest elections another day. On this score, UMNO might find encouragement in the records of other single-dominant parties, in particular, the KMT in Taiwan, the PRI in Mexico, and perhaps some reconstituted Communist parties in Eastern Europe which, in in later electoral cycles, won office again. Further, for such parties to return to power, then again to opposition signifies the passage of what Huntington famously termed the ‘two-turnover test’, intimating the agreement between adversarial parties on democracy’s competitive norms.

UMNO retains enough assets and prospects that it might do the same, giving it a stake in the order. UMNO features political talent, notably in the guise of its Youth leader, Khairy Jamaluddin, who may be able to spark a revival. UMNO maintains at least its barebones electoral machinery, manifested in a highly articulated branch structure. And it still possesses a compelling campaign story to tell: UMNO is the party of national independence, rapid industrialization, and upward Malay mobility, even while safeguarding social peace.

But while congratulating Malaysia over its new democracy, some observers remain wary. So what could go wrong?

Though Malaysia’s bottom-up dynamic was peaceful, it may still, as such processes of replacement sometimes do, spur the Pakatan government to pursue reforms too far, too fast. In their classic writings on democratization, Guillermo O’Donnell and Philippe Schmitter warned of the ‘inviolable’ interests of the military and the bourgeoisie. Hence, they advise that the parties aligned with these interests must, in founding elections at least, ‘be helped to do well’, enabling them to moderate the reforms that follow.

But in Malaysia, an energetic Pakatan, making up for lost time, deposes top civil servants, exposes debt levels, cancels state contracts, threatens jail terms over corruption, ponders the privatization of state enterprises and the weakening of affirmative action, and looks askance at China. And thus, in its swift and far reaching changes, Pakatan risks stepping on the toes of entrenched elites able still to ‘make trouble’, thereby inviting what O’Donnell denoted as ‘authoritarian backlash’.

As an illustration, we recall a hapless Corazon Aquino in the Philippines who, after her elevation to the presidency through a peaceful demonstration of ‘people power’ in the mid-1980s, was inspired to introduce land reforms. But each step that she took seemed to provoke yet another violent coup attempt – the recurrence of which did not cease until land reform was abandoned.

On the other hand, the parties in Pakatan Harapan – who forge more of a consortium than a coalition – may grow more openly fractious, precipitating such rivalries, defections, and splits that they are unable to pursue any meaningful reforms at all. Such fears are well-grounded. Prior to the election, Pakatan’s candidate selection and constituency allocation was viciously conducted, thereby embittering aspirants and revealing deep tensions within and across its parties.

Further, the government that Pakatan now forms has promised economic renewal, redressing the country’s chronic double bind of high living costs and low wages. But after abolishing the country’s goods and services tax and scaling back road tolls, this government, though pledging prosperity, may gather with no more collective puff than to impose austerity. The popular frustrations that ensue could then fester in deep desencanto, the popular disillusion with democracy that O’Donnell and Schmitter found long ago in Spain’s paradigmatic transition and contended was nearly inevitable.

Finally, rather than acquiring any more tolerant or reformist mien, UMNO may discover a much frothier campaign strategy in piercing nativism. We must remember that in the recent election, among the 70 percent of Malaysia’s population made up by Malay-Muslims, 70 percent still voted for UMNO and the Islamic Party of Malaysia (PAS). Pakatan won but a plurality of 47 percent.

Thus, had UMNO and PAS more closely coalesced, they would have won the election, evoking the continuing resonance in Malaysia of exclusionary ethno-religious appeals. And any vile rightist populism, disseminated by UMNO in deeper collusion with PAS, might bring resentments to the boil, severely stressing the country’s new democracy. But why in today’s world of populist revival and democratic recession should this surprise us?

Trajectories will grow clearer after UMNO’s internal party election, very soon to take place. So while waiting, we can set dispiriting populist scenarios aside in order to wish Malaysia and its new democracy well. This transition is just too rare and unexpected not to cheer.

William Case is a professor at the School of Politics, History and International Relations at the University of Nottingham Malaysia. Image credit: CC by Marko Mikkonen/Flickr.

Ethics in China’s cyber espionage
Elections in Bangladesh: More crises in the offing?