Elections in Bangladesh: More crises in the offing?

Home /Bangladesh, Elections/Elections in Bangladesh: More crises in the offing? 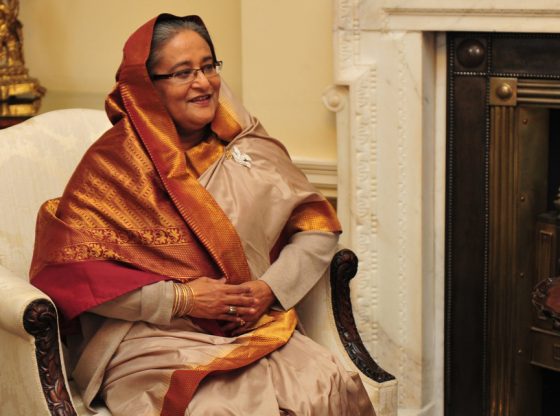 A recent brief visit to Bangladesh was intriguingly different. Having been used to streets protests and hartals even in the best of times, Dhaka and indeed few of the border districts that I visited, were in a business as usual mode. Having being acquainted for over two decades with this south Asian state the normal situation seemed not quite so normal. Especially since the political tension is palpable. Brief chats with journalists, academics, political analysts and anyone else I could spend a few minutes with all invariably raised concerns around the uncertainties surrounding the elections.

Is this the proverbial lull before the storm or just sheer political fatigue? While this may be viewed as a reflection of a matured opposition it is also apparent that the opposition parties are yet to get their act together.

The Awami League’s (the ruling party) constant political maneuvers are obvious and its leaders are being critiqued on various grounds of corruption and over reach. However the government’s developmental plan and economic progress is evident. While the BNP is trying to whip up the victim card – popular sympathy for the Bangladesh Nationalist Party (BNP) is not overwhelming. Given the circumstances, with BNP leader Khaleda Zia and its acting chairman Tariq Rahman Zia both unable to lead from the front, the leadership vacuum and the desperate attempts to prop up another family member garnered very little ground support.

The uncertainties ahead are obvious, although exact dates remain unannounced, Bangladesh is expected to go for its eleventh Jatiya Sangsad (parliamentary) election by the end of this year. The office of the Election Commission has confirmed the opposition party BNP can participate in the elections, but doubts continue over the possibility of holding of free, fair and credible election, once again.

The memories of the previous 2014 Jatiya Sangsad elections are still vivid. The last elections were boycotted by the opposition coalition led by the BNP enabling the Awami League to win 232 seats. Despite weeks of violent protests from the opposition and severe flak from western democracies Awami League did form the government and have continued to hold sway ever since.

Bangladesh having achieved significant economic growth (it will soon graduate to a middle income country) should be steering clear of such political instability. The inability of the government to create the conditions for a multi-party free and fair election will undermine the democratic norms that are still so fragile.

Besides others, the main political differences between the two major political parties centered over the 15th constitutional amendment that abolished the system of the caretaker government (a neutral administration, meant to oversee free and fair elections) in 2012. With a majority strength in the Jatiya Sangsad, the government was able to effect this smoothly and with the subsequent banning of Jamaat I islami party (a coalition member of BNP) from contesting elections, BNP refused to participate in the election without a neutral administration. Interestingly, the demand for the caretaker government was initially an Awami League demand following the return to a multiparty system in 1991. Apparently by 2014 under the able leadership of the Awami League, Bangladesh had graduated to being a mature democracy capable of holding free and fair election without a caretaker adinistration, a fact strongly contested by the opposition parties. The BNP leader Khaleda Zia continues to serve a prison term on corruption charges while a hearing in one case is due shortly. Even if released, she will be unlikely to contest elections under the prevailing legal provisions. Similarly the heir apparent Tarique Rahman living away from Bangladesh would have to serve prison time as per the court ruling of 2016. Even if he was to return he will be barred from contesting election under the present legal provision. Evidently, the  leadership having stayed confined within the family has weakened the BNP. A leadership crises seems to be in the offing.

Although the Awami League enjoyed a comfortable margin in 2008 the polity has a deep political crevice which unfolds on several domestic policies. The fear of political retribution seems to run wide and coupled with the harassment on the media and high profile journalists unleashed by this government it is clear that free thought and speech is undermined. Recently, the government has launched a nationwide drive against narcotics. Illegal drug use has assumed alarming portions. But the agency’s over reach, extra judicial killing and inability to identify those really responsible for this illegal trading and not only the distributing agents may be seen as another series of political vendettas initiated by the ruling party.

In absence of any negotiations between the two major political parties, the fears of another political stalemate remain high. Indeed another crises reminiscent of the 2006-2008 period looms large too. To recall briefly, after the completion of BNP led government in October 2006, major political differences over the question of holding free and fair election created a near civil war situation and enabled the army to run the country for nearly two years through the façade of a caretaker government until elections to the Ninth Jatiya Sangsad were held in December 2008.  For most of this period, Bangladesh remained under internal emergency with suspension of most fundamental rights, limiting political activities and of course media censoring.

Presently, Bangladesh may not fear another military takeover but another non-participative electoral process will not lend credibility to either the winning party or to the democratic processes in Bangladesh. More importantly, Bangladesh having achieved significant economic growth (it will soon graduate to a middle income country) should be steering clear of such political instability. The inability of the government to create the conditions for a multi-party free and fair election will undermine the democratic norms that are still so fragile.

Will the Awami League allow a level playing field or will the BNP given its diluted strength gift another walkover to Awami? The outward calmness seems peculiar. Are plans of a major lock down in the making? Either way none of this augurs well for democracy in Bangladesh.

Sreeradha Datta is Senior Fellow, Vivekananda International Foundation. Formerly director at Maulana Abul Kalam Azad Institute for Asian Studies, she has been writing on South Asia, South East Asia and India’s Northeast. She tweets at @SreeradhaDatta. She is author of several books including Caretaking Democracy: Political Process in Bangladesh, 2006-08 and a recent monograph on The Changing Narrative:India’s Northeastern Neighbours with Bangladesh and Myanmar. Image credit: CC by Number 10/Flickr.