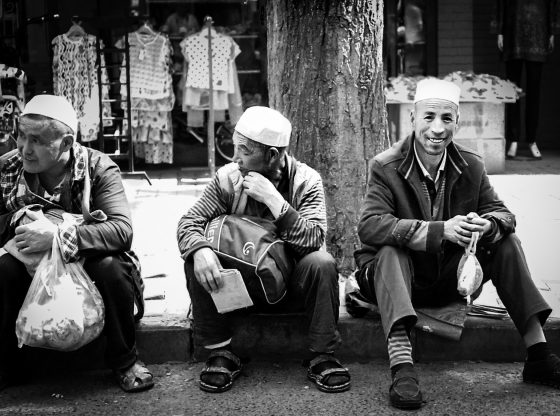 According to official figures, China has about 25 million Muslims, about the number in Yemen and Uzbekistan, twice the number in Tunisia and nearly 50 per-cent more than in Syria. At a first glance, this is an impressive number, but a closer look shows that Muslims account for less than two per-cent of China’s total population and, moreover, they are divided into some dozen ethnic groups. Spread all over China, these groups occasionally maintain different religious and cultural traditions, cannot communicate by the same language, have a history of violent clashes not only with the Chinese but also among themselves, and have little sense of Islamic solidarity if any. Under these circumstances, and given contemporary China’s absolute power monopoly, the prospects of potential Islamic threats to the state are minimal. Yet, according to media and conventional wisdom, both in China and abroad, this is hardly the case.

Indeed, most of these Muslim groups are relatively small and can by no means be considered a threat. For example, Kazakhs number about 1.5 million– a little over one-tenth of one per-cent. Kyrgyz number less than 200,000 and Uzbek about 11,000 or 0,0008 per-cent. Except for Tajiks, about 51,000, who are mostly Shi’ite, all are Sunni, relatively moderate and – having their own homeland across the border – lack territorial claims in China. Altogether, these groups account for no more than 12 per-cent of China’s Muslim population. However, two groups, almost equal in size (about 11 million each), account for 88 per-cent and it is these groups that cause concern in Beijing. Most visible, and allegedly threatening, among them are the Uyghurs. Over 80 per-cent of them live in Xinjiang, northwest China, where they constitute nearly half the population and are the biggest minority.

Despite Beijing’s claims, Xinjiang (called the Western Region until the 18thcentury) was NOT an integral part of the Chinese Empire for most of its history. Occasionally (mainly during the Han and the Tang dynasties), the Empire set up provisional military-agricultural settlements (called tuntian) but the region had not been ruled directly by the Chinese until the 1750s when it was occupied by the Qing. But it was only since 1884 that Xinjiang became officially a province and, as such, an integral part of China – yet for no more than 27 years (out of 2,132 years of Chinese imperial history, less than 1.3 per-cent). Following the empire’s collapse in 1911 Xinjiang – now governed only superficially by the Republic of China – became a target for the powers involved in the Great Game in Central Asia. In November 1944 the Soviets gained a foothold by helping set up the East Turkestan Republic, a quasi-independent entity in north-western Xinjiang which provided a homeland for the Uyghurs (and other nationalities). Though short-lived (it lasted until late 1949) it created a precedent that is haunting Beijing to this very day, especially because of its Uyghur component. Unlike the other ethnicities represented in the ETR, the Uyghurs had not had a homeland before and still consider Xinjiang as theirs.

A number of “observers” reported that Uyghurs, perhaps “hundreds” or more, have joined the Islamic State (Daesh) in the Middle East and would launch Jihad against the PRC when they return to Xinjiang. This is inconceivable. Deliberately inflated probably by the Chinese themselves to further delegitimize Uyghurs

Uyghur unrest in Xinjiang is related, at least in part, to this claim, which Beijing totally rejects, as well as all countries that have diplomatic relations with China. A precondition for such relations is recognition of China’s territorial integrity – including Xinjiang (and Taiwan), a principle that all governments, without exception, insist on maintaining themselves. Uyghur separatism does not enjoy the support of any government, or international organization, either in words, let alone in deeds. Moreover, concentrated in Xinjiang (despite its huge, size equal to Western Europe), the Uyghurs are relatively easy to control. Indeed, violent Uyghur clashes with the regional security authorities (erupted already in the early 1950s but gathered momentum since the early 1990s), have been quickly suppressed by force. In fact, as China grows stronger the prospects of Uyghur independence – if still exist – diminish. Nonetheless, blaming Uyghurs for separatism is a useful tool for the Chinese to crack down on them using various religious and linguistic discriminating prohibitions and wholesale association with terrorism. However, with few exceptions, Uyghur unrest took place mostly in Xinjiang – far away from China proper – and with limited impact on domestic stability. While Beijing deliberately inflates the Uyghur “threat” in order to justify its oppressive policies, its military and security are spread very thin in Xinjiang. Therefore, if there is any real or serious Uyghur threat to China – it is grossly overestimated. With the Muslim Hui, it is the other way around.

According to conventional wisdom, the Hui, who are ethnically Chinese, are treated by Beijing much more leniently and favourably.  Like the Uyghurs, they number about 11 million, but they are considered peaceful, do not have any territorial or nationalist claims and are not officially associated with terrorism. Nonetheless, the Hui have a long rebellious history of violent clashes not only with Han Chinese but also with other Muslim nationalities in China, Uyghurs included. Unlike the Uyghurs, over the last years, the Hui enjoy and receive a good deal of support from Muslim countries, especially following China’s expanding diplomatic relations in and outside the Middle East. While Beijing tries, quite easily and successfully, to block external and illegal aid to the Uyghurs, it is less successful, and more cautious, in blocking external aid to the Hui and in curtailing their growing activism.

One reason is that unlike the Uyghurs who are mostly concentrated in Xinjiang and thereby are easier to monitor and control, the Hui are scattered all over China. About one-fifth of them (2.4 million, or 22 per-cent) live in Ningxia-Hui Autonomous Region, where they constitute no more than 38 per-cent of the Region’s population. Hui in Ningxia have become the main target of the new policy, introduced by Xi Jinping in 2015, “to Sinicize religion”. Undermining “Islamization” and “Arabization”, since late 2017 the authorities have begun destroying “Arab style” mosques; removing Arabic script signs from shops, restaurants and street names; banning public calls for prayers, Arabic classes and private religious schools as well as Arabic books and Korans. Chinese Communist Party members are no longer allowed to go on pilgrimage to Mecca, nor to wear their white caps at work. This policy is applied mainly in China’s northwest (Ningxia-Hui, Gansu and Qinghai). But the Hui are everywhere.

The rest can be found in relatively small numbers in many provinces and cities, where it is difficult to monitor and control them – all the more so since they look like ethnic Han Chinese, many of them dress like them and they are fluent in the Chinese language. Moreover, while Muslim countries (even Turkey and Central Asian countries) tend to dissociate themselves from the Uyghurs – they maintain close relations with the Hui. To keep the Hui peaceful and avoid undermining its relations with Muslim countries, over the last few years Beijing has invested a good deal of money in helping the Hui set up Muslim “cultural” centres. However, these centres slowly become hotbeds of Islamic radicalism, which the state is careful not to suppress by force. Increased Islamization is also evident in the streets of the cities where Hui people, especially women, display traditional Muslim dress (and Muslim food) that could not be seen a few years ago. Put differently, Hui Islamization in China is being undertaken systematically, quietly, slowly, and widely and perhaps more effectively than Uyghur activism – but it by no means undermine domestic stability. Yet the state is concerned about “Islamization” and “Arabization” and began to respond. If there is any real and serious Hui threat to China – it is grossly underestimated.

Finally, a word about the external Islamic “threat” to China. A number of “observers” reported that Uyghurs, perhaps “hundreds” or more, have joined the Islamic State (Daesh) in the Middle East and would launch Jihad against the PRC when they return to Xinjiang. This is inconceivable. Deliberately inflated probably by the Chinese themselves to further delegitimize Uyghurs, their number in the Islamic State is probably considerably smaller than reported. Many arrived with their families and they are nor professional fighters. China’s authorities know about them and, if they return, they will be dealt with severely. Although Jihadi networks, especially those of the Turkestan Islamic Party, threaten China frequently and even take responsibility for some of the violence allegedly caused by Uyghurs, there is absolutely no evidence for that. In short, external Islamic threats against China are as virtual as their websites.

Is China Changing? Religious practices in Tibet
Islam in Xinjiang: “De-Extremification” or Violation of Religious Space?