Islam in Xinjiang: “De-Extremification” or Violation of Religious Space? 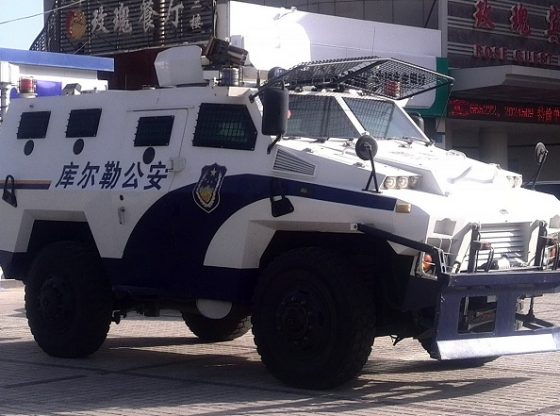 As recently reported in the press, since Spring 2017, hundreds of thousands of Uyghurs and other minority Muslims in Xinjiang have “disappeared” into “political re-education centres,”euphemistically labelled mäktäp (Uy. schools) by frightened locals. Their purported crimes vary from travelling abroad to study (or having a relative who did so) to having Western social media apps on their phone. Most are taken simply because they “appear too religious” or holdfast to religious practice. Detainees are held in these extra-judiciary internment camps for months without charge or due process, ostensibly required to study the Chinese language and Chinese laws on Islam, whilst learning to appreciate the benevolence of the Chinese Communist Party.

This “People’s War on Terror” is not surgical like earlier “Strike Hard” campaigns against “illegal religious activities”; rather, it is a “carpet-bombing approach”, described by the state itself in terms of an indiscriminate use of “weed-killer”. In one case, a female undertaker was imprisoned for washing bodies according to Islamic custom. In another, a man in his sixties was incarcerated for “possession and dissemination of extremist religious content” after sending a non-authorised explanation of the Qur’an (Uy. tabligh) to his daughter’s mobile phone. In a third, a Uyghur student studying in the U.S. was incarcerated for 17 days when he attempted to visit relatives in Xinjiang, and forced to watch videos on appropriate interpretations of Islam. There have been reports of torture and death in custody of respected religious scholars. Frequently, the state conflates non-violent nationalist sentiment with “religious extremism”. One early victim was master dutar player, Abdurehim Heyit, detained over his song “Fathers” (Uy. Atilar), which employs the phrase “martyrs of war” in reference to the sacrifices of Uyghur ancestors. He has since been sentenced to 10 years imprisonment and told he will never perform live or record songs again.

The CCP claims it must halt the “penetration of extremification” within society, as outlined in the XUAR Regulations on De-extremification (2017). Stated goals include “making religion more Chinese” (Article 4); prohibiting the rejection or refusal of public goods (e.g. alcohol or cigarettes) and the “generalization of the concept of halal into areas beyond halal foods” (Article 9); leading believers to “establish correct beliefs” (Article 13); and guiding believers to “correctly handle the relationship between law and religion” whilst confirming “correct faith” (Article 35). Yet the true aim of China’s surveillance state in Xinjiang seems rather to be to erase the religious (Islamic) identity of Uyghur communities, via a racist system of cultural cleansing. Intrusive religious policing practised in Xinjiang since 2012 has accelerated since the arrival of new Party Secretary, Chen Quanguo, in 2016.

Those not yet interned in the camps must endure the “Becoming Family” policy, involving visits to Uyghur homes by Han “relatives”. Over 10,000 teams of visiting officials descended on rural Xinjiang in 2017 to report on “extremist” behaviour such as not drinking alcohol, fasting during Ramadan, sporting long beards, and possessing “undesirable” items like Qur’ans. Individuals are categorised as “trustworthy,” “average” or “untrustworthy” depending on their age (the youth are considered more likely “extremified”), ethnicity (people are suspect based solely on Uyghur ethnicity); employment status (the unemployed are high-risk); and depth of religious knowledge and practice (where praying five times a day indicates an “extremist” position). Meanwhile, mosques are being closely controlled, with the result that they currently stand largely empty, even during Friday prayers.

In 2018, the “Becoming Family” programme was expanded to require between five and fourteen “home stays” by Chinese officials in Uyghur households every 1-2 months, during which families must provide information about their personal lives and political views. Officials, tasked to warn families against “pan-Islamism,” report back on “problems” – e.g. extent of religious beliefs – and act to “rectify” them. As one researcher put it: “Muslim families across Xinjiang are now literally eating and sleeping under the watchful eye of the state in their own homes”. State agencies post videos and images online of scenes in which non-Muslim Han officials share intimate aspects of Uyghur domestic life: sharing meals, sleeping in the same bed, and feeding the family’s children. In the context of Uyghurs’ general adherence to a halal mode of living, which extends well beyond simple dietary prescriptions, this scenario constitutes a clear violation of pure, halal space.

Other such violations include the punishment of a Khotanese official for refusing to smoke in front of male elders (thus “refusing public goods,” “extending the concept of halal beyond halal foods”); making Uyghurs make and eat Chinese New Year dumplings with Han “older brothers and sisters” (in a context where to ask if the dumplings contained pork would constitute “extremification”); ordering women to take off their headscarves at public checkpoints innumerable times each day; coercion of Khotanese villagers to conduct a Han foot-washing tradition (to express respect for elders) using bowls rather than the clean, running water required by Islamic practice (image posted on Twitter, 16 May 2018); and forced Uyghur-Han marriages undertaken by mortified young women in the hope of saving their relatives from the re-education camps. While the “de-extremification” drive calls on state organs and citizens to combat social “penetration” and “permeation” by religious extremists, intrusive state controls on moderate, everyday religious practices, stretching deep into the domestic sphere,are experienced by Uyghur locals equally as “penetration”, indeed, as violation by a violent and coercive state.

As University of Sydney historian, David Brophy, recently asked, how did a Chinese revolutionary state, which had promised to end all forms of national discrimination, end up resorting to this? The disproportionate “Strike Hard” policies deployed in Xinjiang after the 1997 Ghulja disturbances, and ethnicized, discriminatory security policies deployed following China’s instrumental embrace of the Global War on Terror (GWOT) in 2001, threatened by 2008 to create a self-fulfilling prophecy. But it was religious policing in the wake of the 2009 Ürümchi riots that fully ignited the ugly cycle of state and retaliatory local violence that erupted between 2012 and 2015. Now the state employed the label of “religious extremism” to securitize all religious behaviours, not just violent ones, a position that led to highly intrusive forms of religious policing that violated private Uyghur homes and humiliated local people: sweep-and-search operations, attempts by non-relatives to snatch women’s veils, invasion and closure of unauthorized mosques, and harassment of respected local clerics were all experienced as violation of pure, halal space by a Han state perceived as haram (unclean). In the face of this threat to their moral framework, some locals formed spontaneous movements of religious defence.

The state in turn seized upon the cycle of violence to justify its assertion that it must “de-extremify” Uyghur society and set out to do so via mass incarceration and indoctrination, in Cultural Revolution style. As things stand now, Chinese state treatment of the Uyghurs has gone beyond Stage 3 (Discrimination) on Allport’s “Ladder of Prejudice” to reach Stage 4 (Physical Attack). Indeed, by the UN’s definition, it also meets some of the broader criteria for the crime of genocide.

It did not have to be this way. In the 1950s – the early years of CCP rule – state nationality policies were progressive, including the public rejection of “Great Han chauvinism” (attitudes of Han superiority), respect for local religious practices, and the provision of mother-tongue education for Uyghurs. Only a small number of Han Chinese had settled in Xinjiang; many attained functional fluency in the Uyghur language, and nearly all abstained from “offensive practices” deemed haram by locals. Uyghurs who grew up in the fifties and sixties tell me that, during their childhoods, they sometimes entered the homes of Han Chinese playmates, although differences of diet were “managed” so that Uyghur children did not eat or drink while there. Elderly Han report a similar picture. Ren, a Beijinger in his early eighties who spent part of his youth in Qaramay, recollected: “We got on very well […] we learned some of the language, we had lots of Uighur friends”. That relative communal harmony was destroyed during the Cultural Revolution when, intent on smashing the “Four Olds,” Red Guards forced Muslims to raise pigs and eat pork, mosques were demolished, and Islamic clergy were paraded through the streets with pigs’ heads tied around their necks. Yet the goal of eradicating Islamic practice did not succeed then; religion simply went underground, resurfacing again during the “golden period” of Deng Xiaoping’s conciliatory minority policy in the 1980s. The same would happen again tomorrow if China halted its present “de-extremification” drive.

And, if a return to comparatively relaxed ethnic relations was possible after the ravages of the Cultural Revolution, then it should also be possible now. But it will require an acknowledgement that current policies of securitization have failed, plus a commitment to some sort of reconciliation process, perhaps like that established by South Africa’s Government of National Unity to deal with abuses that occurred under Apartheid. Each, in turn, depends on what the Chinese state really wants to achieve.

Joanne Smith Finley is Senior Lecturer in Chinese Studies at Newcastle University. She researches evolving identities among the Uyghurs of Xinjiang, NW China, including strategies of symbolic resistance; alternative representations in Uyghur popular song; the gendering of ethno-politics; and Uyghur women between Islamic revival and the state. Her monograph The Art of Symbolic Resistance: Uyghur Identities and Uyghur-Han Relations in Contemporary Xinjiang (Brill Academic Publishing) was published in 2013. She is also co-editor of two volumes: Situating the Uyghurs between China and Central Asia (Ashgate, 2007) and Language, Education and Uyghur Identity in Urban Xinjiang (Routledge, 2015). Image Credit: CC by Bertahan Luxing/Flickr.

China’s Islamic Challenges: Perceptions and Realities
Playing the Long Game? The Politics of Religious Revival in China and Tibet