Why Karnataka Voted the Way It Did 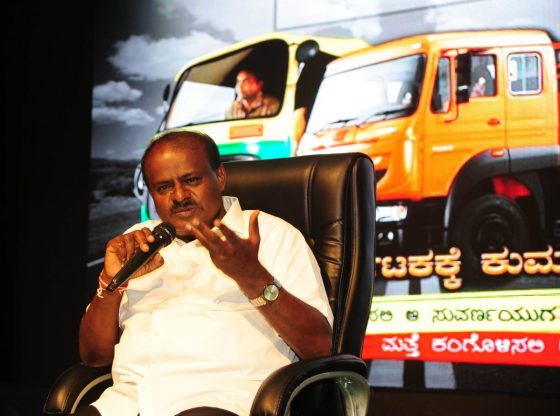 The peculiar post-election scenario, with the attendant outcry about stolen mandates and (im)moral victories, perhaps drowned out the basic question: why did Karnataka vote the way it did?

Retaining Karnataka was crucial for the Congress, which has, since 2014, slipped from controlling fourteen state governments to three. Siddaramaiah’s government, the first in 40 years to complete a full term in Karnataka, was relying on a largely stable and scandal-free record. The Chief Minister’s welfare schemes, and his cultivation of an AHINDA (Minorities, Backward Castes, Dalits) social coalition were expected to bring electoral returns, alongside his vocal defence of financial federalism and projection of a regional Kannada identity. The Congress also revived the old demand for granting minority status to the BJP’s core base, the Lingayat community, which comprises 13-17 percent of Karnataka’s population. This sandwiched the saffron party between antagonising the Lingayats and compromising on its ideological project of ‘Hindu’ unity.  The BJP campaign got off to a shaky start, faced with a strong incumbent and uncertain about Yeddyurappa’s leadership.

Siddaramaiah’s attempt to portray the BJP as a North Indian, ‘Hindi’ party failed for two reasons. Karnataka is not a linguistic state in the sense Tamil Nadu is, and has major sub-regions

The JD(S), out of power for twelve years, had seen its vote share steadily decline and its influence dwindle to the Vokkaliga heartland in South Karnataka. A steady exodus of leaders since Siddaramaiah’s exit in 2006, and a string of recent defections, had left the party a diminished force. Its pre-poll alliances with the BSP and AIMIM were attempts to wean away Dalit and Muslim voters from the Congress, but also indicators that for the JD(S) chief, Deve Gowda, 2018 was a do-or-die election.

While Siddaramaiah was the public face of the Congress campaign, the party continued to grapple with tricky caste calculations, factionalism and tension between older workers and recently inducted turncoats from other parties, notably the JD(S). Internal power struggles harmed the Congress’ campaign, even as Rahul Gandhi sought to give the Chief Minister’s faction a free hand over strategy and ticket distribution.

On the BJP side, party president Amit Shah chose to project Yeddyurappa as the undisputed leader of the campaign. His grasp over the party organization ensured that the BJP could deploy its local leaders more effectively, without internal dissension harming the party’s chances.

Siddaramaiah’s attempt to portray the BJP as a North Indian, ‘Hindi’ party failed for two reasons. Karnataka is not a linguistic state in the sense Tamil Nadu is, and has major sub-regions with speakers of Marathi, Telugu, Tamil, Kodava and Konkani, among others. The attempt to construct an oppositional Kannadiga identity only reinforced Siddaramaiah’s image as a leader from old Mysore. Yeddyurappa, on the other hand, did not need a personal pan-Karnataka appeal, on account of running a more decentralized campaign.

Amit Shah’s translation mishaps notwithstanding, Modi’s well-researched Kannada references struck a chord with his audiences; Rahul Gandhi’s half-hearted mispronunciations made him the butt of ridicule. The Congress campaign peaked too early, towards the end of April, whereas the Prime Minister’s last-minute rallies across the state contributed significantly to the BJP’s final tally.

The numbers tell us that polarization on the coast brought electoral dividends for the BJP, while the party also benefited immensely from votes that earlier went to Independents and smaller parties, whose voteshares have sharply declined. The JD(S) sees an unprecedented upswing in South Karnataka, raising questions about strategic voting between the JD(S) and BJP.

Siddaramaiah’s welfare measures were expected to earn the Congress electoral dividends, but perhaps provoked a backlash from rural elites and the urban middle classes. As a landowning Vokkaliga from Mandya told me, ‘’Anna Bhagya made labourers in my village lazy, they stopped coming to work’’. Siddaramaiah’s perceived leanings towards the working class and oppressed castes provoked a backlash from the state’s traditionally dominant communities. Additionally, his alleged bias towards his own caste, the Kurubas, further alienated non-Kuruba OBCs, who sided with the BJP in large numbers.

Siddaramaiah’s strategy of consolidating Minorities, Backwards and Dalits (AHINDA) effectively alienated the Lingayats and the Vokkaligas. The AHINDA bloc has been eroded beyond redemption due to various factors, be it Sriramulu in Hyderabad Karnataka or the JD(S) – BSP alliance. The Lingayat gamble failed. The radical, progressive potential of Lingayata Dharma was touted as an answer to Brahmanical Hindutva, but it required social and intellectual mobilization greater than one party or election cycle. Lingayat intellectuals who supported the move could not match the extensive influence that Yeddyurappa enjoys among the Lingayat Mathas (seminaries) of Karnataka. The Congress made no attempt to project a prominent Lingayat face such as M.B. Patil as a counterweight to Yeddyurappa, and failed to communicate with the electorate on what minority status would entail.  The association of the move with Siddaramaiah, a Kuruba, was disastrous, and the BJP narrative, that it was an election gimmick to ‘divide Hindus’, gradually found its feet and carried the day.

This election leaves the Karnataka BJP with different problems. Yeddyurappa is past 75, and his scandal-ridden past, fresh in public memory, was a serious embarrassment on the campaign trail. Yeddyurappa’s return brought a large number of Lingayat voters back to the party, but the BJP does not have a Lingayat leader of comparable stature to replace him.

Hindsight, and the numbers, make it plain that a Congress-JD(S) pre-poll alliance could have defeated the BJP. Such speculations fail to acknowledge that both parties rely on distinct, and often competing, sets of local interests. Congressmen like D.K Shivakumar (and earlier, S.M Krishna) have even attempted to emerge as alternative power centres in Vokkaliga politics. The Congress and the JD(S) stood to gain little by allying in a pre-poll scenario that saw a confident Siddaramaiah take on Modi and the BJP, while the JD(S), racked by defections and infighting, saw itself in a battle for survival.

The Congress- JD(S) alliance is the accidental offspring of an unpredictable election. It has given the regional party a new lease of life, even as the Congress and BJP struggle with a generational transition. This election saw Lingayats and Vokkaligas consolidate behind Yeddyurappa and Deve Gowda, while the Congress finds itself with a fragmented and scattered support base, losing 44 seats despite a marginally improved voteshare. These caste realignments are to be watched closely on the road to 2019.  It would be only too easy to extrapolate a ‘template’ for opposition unity from these local developments.

Siddaramaiah’s 2018 campaign, despite its mistakes, will be remembered; it was a spirited effort that deployed a range of discursive resources, and holds important lessons for any resistance to the BJP and radical Hindutva.

Playing the Long Game? The Politics of Religious Revival in China and Tibet
Chinese Islam in the City