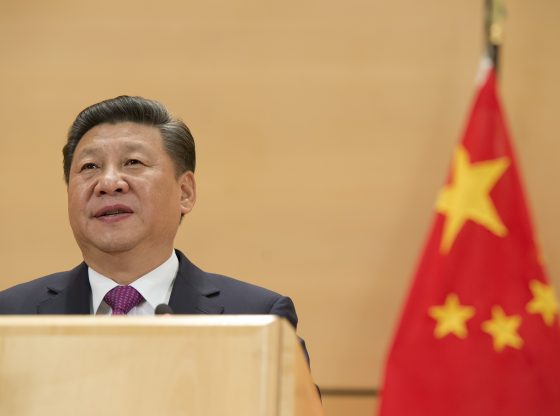 China’s soft power posture seeks to enhance her attractiveness abroad by portraying a benign image to make a favorable environment for economic development. Likewise, China’s relations with her neighboring countries are significant with respect to her interests in Asian pacific region. Chinese leadership officially proclaims that in order to become a great power, the effective utilization of Beijing’s soft power is crucial.

President Xi Jinping in 2014 insisted that China’s soft power must be enhanced by voicing correct Chinese narrative across the globe. China’s bugaboo has allowed western states to get worried of rapid rise of China as the threat of  her military modernization looms large, economic development soaring new heights, spin of technology, OBOR (One Belt One road) initiative and her soft power tools functional in Southeast Asia. China considers soft power approach as an inexpensive and easy route to achieve what one wants through persuasion, attraction, collaboration, co-option rather than use of force, threat or punishments. China is considered as a latecomer in the realm of soft power, because it officially announced it in 2007 during seventeenth national congress of China’s communist party. Beijing spends approximately ten billion dollars annually on her soft power.

Joseph Nye basically coined the term soft power in his book titled as “Bound to lead: Changing nature of American Power” in 1990’s, purely in American context defining it as an “ability of the state to influence the behavior or preferences of others states in the ways which is favorable to them or to convince them do what they would not have done otherwise”. Joseph Nye’s book was quickly translated into Mandarin language in Chinese academic circles for understanding and analysis. Nye identifies three primary sources of soft power, namely culture, political values and foreign policies. China twisted and broadened her soft power concept to include economic tools mainly in Vietnam, Cambodia, Laos and Myanmar. The instruments which Beijing manifest to achieve soft power goals are Cultural exchange through Confucius institutions, educational exchange, diplomatic exchange, economic aid and assistance, media and tourism.

Southeast Asian region is considered as “Backyard” of China has been recipient of China’s soft power. China’s relations with Southeast Asian countries have been drastically improved from “a potential threat” to “a responsible benign power” due to her effective utilization of her soft power tools. During cold war the relations between them were lukewarm, due China’s strict adherence to communist ideology, harsh claims in South China Sea, and her military activities in Vietnam. Chinese stance towards Southeast Asian countries in 1997 financial crisis marked as a turning point in their relations as China refuse to devalue her currency and stood up for Asia. China is keen to extend ties with her neighboring countries in Southeast Asia based on intertwined interest and mutual gains making it a win-win situation.

The general view of Southeast Asian countries regarding China is a canny mixture of gratitude and resentment.

Culture is an important source of Beijing’s soft power and Confucius institutions represent a significant state-run network which aims at propagating Chinese culture and language globally. In Southeast Asian region there are almost forty one Confucius educational institutes.  Thailand alone hosts thirteen institutes. The Confucius values are giving respect to the parents, spreading the message of love. Chinese firmly believe that once people get to know the true colors of Chinese culture they will love them and will not feel threaten by rising dragon.

The general view of Southeast Asian countries regarding China is a canny mixture of gratitude and resentment. Almost 63% of Indonesian, 54% Philippines and 78% of Malaysian public view Chinese engagement in their region as positive according to Pew Research center. Chinese engagement has darker side too. China’s economic aid without any strict conditions adds to further strengthening of authoritarian regimes. This huge inflow of Chinese leads to cultural shock and Chinese tourist are alleged with bad image and repute.  China challenges USA, Japan and South Korea as major players in the region. China’s stands out on 25 position in 2017 according to Global Soft Power Index. President Donald Trump’s “American First” policy has dented her soft power credentials and gave China an opportunity to better emulate her soft power. USA splits venoms on China on issues such as Authoritarian political system, Territorial disputes with neighbors, stance on South China Sea, human rights issues, and censorship could act as obstacles to China’s soft power posture in Southeast Asian region. So far, China’s performance is satisfactory she still has to do more for soft power cultivation or shall wait to see it wither.

Anum Fatima is a Pakistani researcher and Post-graduate student. She has done her M.phil from Kinnaird College for Women, in International Relations and conducted her research under supervision of Associate Professor Miss Arifa kiyani. Anum’s areas of research include South and southeast studies and international relations. She can be reached at fatimasial11@gmail.com. Image credit: CC by UN Geneva/Flickr.