Tashi Wangchuk and the state of Tibetan language in China 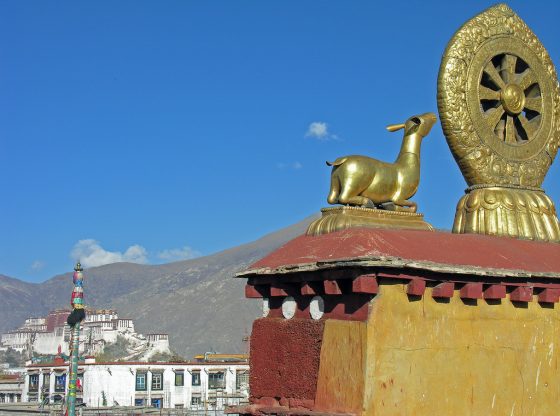 The PRC is a multi-ethnic country in which citizens theoretically enjoy a number of rights guaranteed by the Constitution. More specifically, Article 4 states that “all nationalities have the freedom to use and develop their own spoken and written languages and to preserve or reform their own folkways and customs.”

Tashi Wangchuk, a young Tibetan shopkeeper from Qinghai, travelled to Beijing in November 2015, hoping to draw the attention of China’s higher authorities and media on the troubling situation of Tibetan language in the school curriculum of his home place, Yushu (Tib. Jyekundo), a Tibetan autonomous prefecture where 97.25% of its 297,000-strong population is Tibetan. On 2 December 2015, the New York Times released a 9-minute video showing him in that endeavour. He was arrested on 27 January 2016 and, after almost two years in detention, he was tried on 4 January 2018. During his four-hour trial, the video was shown and used against him: he was indicted with “inciting separatism”, a serious charge that he rejected. On 22 May 2018, he was sentenced to a 5-year term. Tashi Wangchuk has decided to appeal against this decision. Tashi Wangchuk seems to be accused of two crimes: open criticism of the state of the Tibetan language education in his home prefecture and agreeing to be filmed by a team of NYT journalists, who have publicised his struggle internationally.

Over the last years, Chinese authorities have increasingly considered the status of the Tibetan language as a sensitive issue. In January 2018, at the second plenary session of the 19th Central Commission for Discipline Inspection Commission, Xi Jinping called for a “crackdown on gang crimes to uproot both the gangs and the ‘protective umbrellas’ above them”. According to the analyst Tshering Chonzom, the Tibet Autonomous Region (TAR) authorities have interpreted this speech as “target[ing] people promoting: the ‘middle way’, ‘Dalai surrogates’ who operated under the banner of culture and environmental protection and others who called for the ‘protection of the mother tongue’.” Therefore, in April this year, authorities in Nagchu county (TAR) have offered cash rewards up to 100,000 yuan for information on various activities, among them ‘language and culture promotion.’

Tashi Wangchuk’s lawful struggle for the preservation and transmission of Tibetan language has been deliberately criminalised by the Chinese authorities by describing it as veiled “separatism”, a totally unfounded accusation which opens the door to a jail sentence.

Paradoxically, Chinese authorities regularly publicize their efforts to promote the Tibetan language and herald the success of their language policies, amongst which is the bilingual education policy in autonomous areas. For instance, Xinhua, the official press agency of the PRC, issued on 23 May 2018, one day after Tashi Wangchuk was sentenced, a news dispatch entitled “Tibetan language under better protection in China”. The report stated that the 55 students in the 5th-grade class, have “at least one class every day in Tibetan, and they are required to write at least one essay in Tibetan every week.” Let us read between the lines: “one class every day in Tibetan” means in fact that all others are in Chinese. Is this enough for the Tibetan language to survive within an overwhelmingly Han-speaking environment at the national level? Such an imbalance is in fact at work in many schools that claim to be “bilingual.” This so-called “bilingual education” cannot nurture fully bilingual citizens, and can only lead to a rapid decrease in the ability of Tibetan pupils to express themselves in their own language, as well as to anguish and despair. Preservation of the Tibetan language was one of the motives expressed by some among the 153 Tibetans who have self-immolated since 2009.

Still, things are not uniformly gloomy for the Tibetan language. For instance, Adrian Zenz has shown that, in most of Qinghai province, provisions for education in the Tibetan language have surprisingly improved in the last decade: Tibetan is now taught at university level with a diversity of tracks never seen before (e.g. Tibetan-medium computer science, Tibetan-medium secretarial studies, Tibetan-medium law). Zenz ascribes this improvement mainly to Qinghai Tibetans’ strong will and insistence on opening new paths for Tibetan education in a modern world. This move could not have been possible without the approval of the provincial authorities and this should be acknowledged. Good news, though, is tempered by the fact that this increase in Tibetan-medium tertiary graduates is not followed by preferential policies in recruitment for public positions in Tibetan autonomous areas, a dead-end which Zenz and Fischer have already lamented.

Yushu Tibetan Autonomous Prefecture (TAP), where Tashi Wangchuk comes from, had until recently a particularly low level of literacy in Tibetan. Zenz shows that, here too, the Chinese administration has reacted favourably: Tibetan-medium primary and secondary school teachers were hired massively between 2010 and 2017 so that the average amount of Tibetan-medium teachers per Tibetan pupils in Yushu TAP eventually caught up in 2017 with other TAP in Sichuan and Qinghai. In Yushu, things are thus improving, but this improvement comes late after years of negligence and cannot redress decades of indifference to Tibetan language education, especially if “bilingual” education is actually almost monolingual. As for the TAR, which stands in the Chinese authorities’ eyes as the epitome of Tibet and, as such, “benefits” from the status of an “autonomous region”, fares worse than all other Tibetan autonomous areas.

Although its overall population is 90.5% Tibetan, provisions for a bilingual education are very poor. Since 1984, the best Tibetan primary students are sent to inland China to study for up to 7 years in secondary schools or classes located in inner China (neidi xizang ban). In what has been described by some researchers as “dislocated schools”, the education medium is Chinese, with a sprinkling of up to 6 hours of Tibetan language classes per week only, and the Tibetan language does not count in the examinations. As a consequence, the Tibetan language is on its way to becoming a useless language in the TAR public space, a worrying evolution that is striking for instance on the literary scene, where hardly any Tibetan-language writers from the TAR have emerged over the last two decades.

Tashi Wangchuk’s lawful struggle for the preservation and transmission of Tibetan language has been deliberately criminalised by the Chinese authorities by describing it as veiled “separatism”, a totally unfounded accusation which opens the door to a jail sentence. His wrongful conviction is used by the authorities to discourage Tibetans and other citizens from claiming their legal rights. The case of Tashi Wangchuk testifies to the denial, by the Chinese government, of the rights granted by the constitution to its citizens, in particular, “ethnic minorities” with a strong sense of identity. But it also testifies to many Tibetans’ strong attachment to their language, whose script features among the exclusive club of the 15 writing systems in the world older than 1,000 years and still in use today.