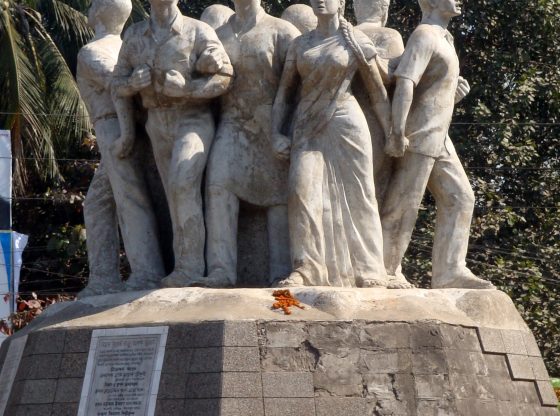 Bangladesh has started a war on drugs. The government, along with its security apparatus, decided to carry out security operations around the country to combat the rampant drug trade and abuse. In this operation starting on 15 May 2018 more than 150 people have been killed so far by the legitimate, legally-sanctioned security forces of the country. But all of these deaths were outside of the established judicial mechanism in Bangladesh and hence have been deemed as extra-judicial killings. Along with these deaths, more than 13,000 people have also been arrested and sent to prison.

From only a single point of view about the issue of drugs and responding to drugs, this operation can be analyzed and the efficacy and expediency of it can be discerned. And there have been several such discussions presented in the media. But no action takes place in a vacuum, especially if that is the workings in a human society. The responses and repercussions of an operation of this nature and scale must be looked at from a broader point of view. Among many other issues impacted by this operation in Bangladesh involving such a large number of extra-judicial killings, the motivation for terrorism and the means to counter it are two important aspects that should be discussed.

It appears that security agencies in Bangladesh have decided that the drugs problem can be solved by unregulated use of force, with no due diligence or recourse to the existing judicial system

To begin with, we must remember that one of the important drivers of radicalization leading to terrorism is the belief of being unjustly treated by the governing authorities. Most of the 150 people who have been killed so far did not come from the wealthy or the ruling class. The one who did come from the ruling establishment, Akramul Haque, a Village Councillor of the ruling Awami League, was not related to drugs and was murdered in cold-blood allegedly by the military intelligence agency of the country. Instead of showing impartiality by the security forces this one death is enough to question the entire operation and the veracity of the claim by security forces that their targets were drug-dealers and killed in shootouts during operations.

It  appears that security agencies in Bangladesh have decided that the drugs problem can be solved in the same manner they claim to have solved the terrorism problem in the country, i.e., by unregulated use of force, with no due diligence or recourse to the existing judicial system. Of course, the terrorism problem cannot be solved utilizing this method, something that will come to the fore in the future. The drugs problem can also not be solved in this manner.

Oddly enough, the drug-lords have escaped the wrath and the reach of the security forces. Bangladeshis could interpret this as their government providing sanctuary and protection to drug-lords while taking out their violent rage on the general citizenry. The impression this gives is that the government is no longer interested in the security and protection of the general population and is simply punishing them. Such instances assist the narrative terrorists use to radicalize vulnerable individuals. By killing non-convicted individuals without ensuring due diligence and justice, security forces increase the grievances perceived by the population. Through hasty operations like this the security forces are handing over ammunition for recruitment to the extremist organizations.

More importantly, by deciding to carry out execution campaigns such as this current operation, based on a list of alleged perpetrators in the eye of the ruling regime, with no recourse to justice, the security forces in Bangladesh stand to lose the moral high-ground in their battle against violent extremism. No matter how idealistic it may seem, between terrorists and security forces – the two groups using violence to meet their ends – there is no other dividing element than the moral high ground one has over another.

What is law? What is correct? What is good? In an ideological battle these are all philosophical and value-based concepts that are put to question from the very beginning. Why else does a terrorist find himself as a mujahidin in God’s service, no different than a priest or an Imam? With two social groups engaged in a battle based on difference in ideologies and fundamental values regarding political and social order only the moral high ground is what makes one side legitimate over the other.

It cannot be over emphasized that wanton violence does not bode well, especially if it is targeted towards one’s own population. Even someone as willing to espouse indiscriminate violence as the leader of Al Qaeda, Ayman Al Zawahiri,  understands this. Hence, his regular call towards the mujahidin to practice patience and restraint especially when Muslim populations are around an operation zone. Hence his fallout with the Islamic State due to their campaign of shock and awe at the beginning of their Caliphate. The reasoning behind this is to maintain the moral high ground among their own population group. Bangladeshi security forces, and for that matter all security forces around the world, should never forget the importance of ethics and morality while carrying out their responsibilities.

Unfortunately, the value of an average human life was never very high in Bangladesh. There are so many them – goes the argument – why fret over a few, especially if they do not have the capacity to respond? By carrying out more than 150 extra-judicial killings in the name of combating drugs, Bangladeshi security forces have not only provided more reasoning and validity to the violent extremist cause, but also lost the  moral high ground which was needed to counter these very groups.

Asheque Haque is a security expert from Bangladesh. He is a graduate in South Asia and Global Security from King’s College London, and is an independent consultant on CVE. He tweets @ashequeh Image credit: CC at Wikimedia Commons.

Actively Guiding Religion under Xi Jinping
Wooing the voters? The ‘war on drugs’ during Bangladesh’s election