The Worrying Trend of Media Censorship in Bangladesh 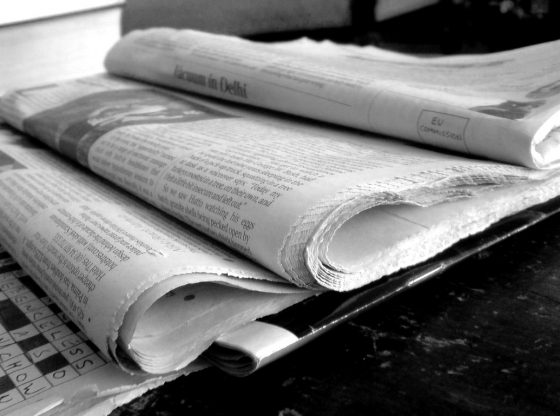 As international outlets begin to focus on Bangladesh’s drug crisis, one aspect of the story has slipped under the radar. Over a 20-hour period on 1st and 2nd June, the most widely circulated English-language broadsheet, The Daily Star, had its website blocked following its in-depth investigations into the situation. Although this decision was later overturned by the Bangladesh Telecommunication Regulatory Commission (BRTC), it was not the first time that the press has been stifled.

It is imperative that freedom of the press in Bangladesh is highlighted and protected. Otherwise, it is extremely likely that the next round of blocks will be more widespread and potentially permanent.

Like many of its institutional blind spots and outdated systems, Bangladesh can trace its animosity towards a critical press to its time under the British Raj. The Vernacular Press Act of 1878 was introduced to muzzle non-English papers, especially those that were critical of British policy. The Act gave the government unrestricted rights to censor reports and editorials, regularly monitor newspapers at their discretion, and label any publications as seditious. As the centre of anti-colonial dissent, the press in Bengal (modern-day Bangladesh and the Indian states of West Bengal, Assam, Orissa, Tripura and parts of Meghalaya) felt the full brunt of the legislation.

After the fall of the Raj, the press of Pakistan (with Bangladesh then known as East Pakistan) was mostly concentrated in the Western wing. The state-owned Associated Press of Pakistan was established in 1949 and was the only agency which also operated in East Pakistan until just before the Liberation War of 1971. With the press being managed by the state, there was very little reason in that period to take extra steps such as monitoring and censorship to ensure favourable coverage.

In the four years of democracy after Bangladesh’s independence in 1971, the press as a legitimate fourth estate began to take shape but was heavily curtailed after the constitution was suspended in late 1974. The subsequent decades of military rule starting in 1975 saw free press made effectively non-existent. Newspapers were heavily censored or threatened with closure if they did not comply with the official line. It was not until the reinstatement of democracy in 1991 that the modern iteration of the press was set up, which consists of a large number of privately-owned and independent newspapers. Among this wave was The Daily Star, established in that same year, making it the oldest-running English broadsheet in the country.

After relative freedom in the 1990s, press censorship began anew in the 21st century. The first private television channel, Ekushey Television, was banned in 2002 under the BNP-Jamaat coalition. The caretaker government banned the blogging platform Sachalayatan in 2008. Widely considered the first ever instance of internet censorship in the country, it was followed in 2009 by a temporary national block of YouTube. Both instances were justified vaguely as preserving national interests, with the latter specifically responding to videos critical of the Awami League government’s handling of the Bangladesh Rifles Revolt.

Several further instances have taken place under the Awami League. Religious sentiment was at the centre of the next round of censorship, as both Facebook (a few days in 2010) and YouTube (nearly a month in 2012) were banned due to images and videos seen as offensive towards Islam. In 2013, the BTRC asked international internet gateway operators to reduce the upload bandwidth of ISPs. It was officially requested to reduce video piracy, but there is speculation that it was done to prevent people from uploading any controversial video content to social media.

Social media platforms were once again blocked for a 22-day period in 2015 to quell violence as a response to the death penalty handed out during the war crimes tribunals. This history of censorship worryingly displays where the priorities of the state lie, especially given the fact that writers, bloggers and publishers have also been under direct attack from religious extremists since 2013. (It is important to note that intelligence agencies have a history of monitoring blogs in Bangladesh and the list of blogger targets by extremists corresponds with a leaked list of sites that were being followed by these agencies.)

Arguably even more concerning is how the latest The Daily Star censorship falls into a trend of protecting the military. When Indian website The Wire was blocked in 2017, it was targeted due to its investigation into the country’s main military intelligence agency, the Directorate General of Forces Intelligence (DGFI). The Daily Star has previously had a positive relationship with both government and military leadership, often supporting the possibility of the return to military rule in its editorials, and including an admission by its editor Mahfuz Anam that the newspaper had run stories fed to it by the DGFI.

It is worth noting that, while this revelation was followed by intense criticism and even parliamentary demands for trials against Mr. Anam, it did not lead to the website being blocked. The June 2018 incident followed the broadsheet actively criticising the DGFI for its involvement in the drug crisis. If nothing else, it paints a disturbing picture as to where power potentially lies.

It is extremely unlikely that the BTRC, and any other agency that was involved in the short-lived attempt at censorship, expected The Daily Star block to be permanent. It has an estimated readership exceeding 41,000 and would not go as unnoticed as the similar test-block of Sachalayatan in 2008. However, given the overall lack of coverage that it received amidst the growing interest in the drug crisis, it is not something that should be taken lightly.

Without supporting the often-manipulative agenda of the individual publication itself, it is imperative that freedom of the press in Bangladesh is highlighted and protected. Otherwise, it is extremely likely that the next round of blocks – a question of when and not if – will be more widespread and potentially permanent. At the time of writing, the news website bdnews24 was blocked by BTRC, allegedly for its reporting on the criminal history of the brother of the new Army Chief. It is worrying that these blocks are already picking up speed.

Ibtisam Ahmed is a final-year Doctoral Research Student at the School of Politics and IR, the University of Nottingham. A member of the Asia Research Centre, his thesis aims to be a decolonial killjoy which deconstructs the utopia of the British Raj and refocuses the narrative on anti-colonial and indigenous utopias instead. Image Credit: CC by Flickr/Jon S.

Wooing the voters? The ‘war on drugs’ during Bangladesh’s election
The ‘Free and Open’ Indo-Pacific: A call for European partnership