Wooing the voters? The ‘war on drugs’ during Bangladesh’s election

Home /Asia/South Asia/Bangladesh/Wooing the voters? The ‘war on drugs’ during Bangladesh’s election 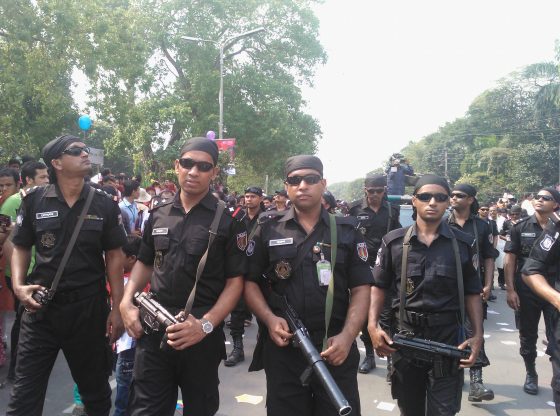 The launching of anti-drug operations in Bangladesh in the first week of May has all but escalated into a full-on ‘war on drugs’. At the time of writing, over 140 alleged drug traffickers have been killed in operations by law enforcement agencies, and over 18,000 have been arrested. The operations have been mired with controversy, with the Rapid Action Battalion (RAB), the anti-crime and terrorism unit of the Bangladesh Police, being accused of extrajudicial killings, the use of heavy-handed force and abuse of power.  The target: a concoction of methamphetamine and caffeine known as ‘crazy medicine’ or yaba in Thai. So far, over ten million yaba pills were recovered from January to May 2018. According to the Bangladesh Department of Narcotics, there are 7.3 million drug addicts in the country. This number in itself seems enough to justify taking serious actions to combat the rise of drug abuse in Bangladesh.

If the government is truly serious about tackling the drug trade in Bangladesh, and not just using it as a political prop to garner support, we need to immediately shift our focus to rehabilitation.

But the question remains – why now, and why these methods?

Sold at around $5 per pill (although a bulk buy can reduce that price to as low as $2), yaba is still considered to be a drug for the more affluent in Bangladesh, and is usually targeted at young people from the rising middle classes. Cooked in meth labs in Thailand and Myanmar, yaba first started to appear in Bangladesh after the 2003 crackdown in Thailand killed over 2,500 alleged drug traders and users in one year alone, prompting expansions into friendlier markets. Since then, the use of yaba across Bangladesh has proliferated – the biggest ever haul in 2016 involved seizing of 2.3 million pills in one go – and the most sensationalised story regarding the drug came up in 2013, when a 17 year old addict killed both her parents in their sleep for ‘disciplining her’.

Clearly, yaba is a problem that needs a solution. What is interesting is that the authorities decided to take this threat seriously and wage a ‘war on drugs’ only in the runup to the next general elections.

A number of human rights organisations have already expressed their concerns regarding the extrajudicial killings occurring in Bangladesh in the name of combating drug addiction, but the truth is, in a country where deaths due to ‘crossfire’ are not out of the ordinary and justice is a complicated and arduous affair, few voters are likely to care about a heavy-handed approach to the drug trade. And from within the political establishment, these operations could also be serving the purpose of a show of strength.

‘Abbu, why are you crying?’

An unexpected development was the surfacing of an audio record of Teknaf ward councillor Akramul Haque calling his family, minutes before he was killed. According to RAB, Haque was a known drug dealer and was killed in a gunfight, but the recordings seem to indicate he was being taken somewhere by law enforcement, and there are audible gunshots in the clip, followed by silence.  The chilling clip of the last words of Haque and the cries of his children in the background has, maybe for the first time, managed to humanise the nameless, faceless drug dealers and addicts who have been taking the fall for derailing the younger generation of this country.

Not only has it called into question the complete lack of due process in these operations – it has also raised accusations from certain quarters that despite government promises, the law enforcement authorities are still shying away from pinning down the godfathers of the drug trade, and going after foot soldiers and mid-level drug dealers instead. A case in point would be Lawmaker Abdul Rahman Bodi, who is listed in intelligence reports as being the brains behind a giant network of yaba trade, with his brothers Mujibur Rahman and Abdul Shukkur, and his cousin Mong Mong Sen, being named as yaba godfathers within the report. However, Bodi and his family left for Saudi Arabia as soon as the operations began, but are rumoured to be returning to Bangladesh on June 17.  It does make one wonder – if the voice clips of Haque had not gone viral on social media, and if he did not happen to hold a certain level of political clout (at least more than most of those who have been killed so far) – would we care? Would it still be news, or just business as usual for crossfire-friendly RAB?

A war with no end

What is also interesting to note is that the focus of this war on drugs seems to be only on yaba, and not on any of the other drugs that are available. While there have been stories of marijuana dealers being arrested – despite it not being as hard-core as yaba – very little has been said regarding heroin (the previous Bangladeshi drug of choice) or phensedyl, a highly addictive codeine cough syrup that is smuggled across the border from India.  Not to mention dandy, a glue that is sniffed by the most vulnerable addicts in Bangladesh – the children who live on the streets. It is estimated that around 2.5 million children in Bangladesh are addicted to drugs. However, the millions of children who live on the streets and are vulnerable to all sorts of abuse do not seem to be of much concern for the current establishment.

One does not have to look far to understand that a ‘war’ on drugs is endless. In Bangladesh, we are still labouring under the misconception that severe punishment is the way to end drug abuse; the authorities are currently considering handing down the death penalty for serious drug-related crimes.  However, if the government is truly serious about tackling the drug trade in Bangladesh, and not just using it as a political prop to garner support, we need to immediately shift our focus to rehabilitation. We need to start making distinctions between users, dealers and Dons, and understand the futility of punishing street-level dealers who are easily replaced, and instead try and cut off the drug trade at the source.

This is easier said than done, especially since our porous borders with India and Myanmar are what essentially fuels the drug trade. Without cross-border cooperation, and without acknowledging the involvement of border authorities in allowing the trade to exist, it will be impossible to come up with a proper long-term policy that takes aim at the drug industry.  Until this happens, we need to continue to seriously question the culture of impunity that allows law enforcement authorities to execute alleged criminals on the streets without due process. As voters who are currently being wooed by the government through this show of strength, we need to make it clear that our ‘security’ is not worth their lives.

Shuprova Tasneem is Supplements Editor, Dhaka Tribune. She completed her undergraduate studies at the University of Warwick and her postgraduate studies at the London School of Economics and Social Science. This is a piece written exclusively for Asia Dialogue and does not necessarily reflect the editorial stance of Dhaka Tribune. She tweets @Shuprova19  Image credit: CC at Wikimedia Commons.

Bangladesh’s war on drugs: Repercussions for counter-radicalization
The Worrying Trend of Media Censorship in Bangladesh