In pre-poll Bangladesh, is the Drug War a guise for political murder? 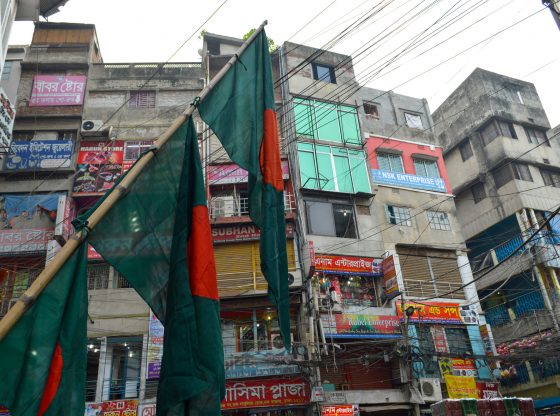 When Bangladesh Prime Minister Sheikh Hasina appeared at a press conference recently in Dhaka, she was in top form — save the few times when a bout of coughing stalled her rehearsed remarks. She had just returned from a trip to India where she met Prime Minister Narendra Modi and the West Bengal Chief Minister Mamata Banerjee.

The prepared remarks were focused on the prime minister’s India trip — and she was visibly very happy about it.

And, as any seasoned ‘Hasina-observer’ would attest, whenever the Bangladesh Prime Minister is happy, she has this curious habit of making crass jokes. There were a few of those, mostly about senior opposition figures.

As is customary these days in Dhaka, during the Q&A session of the press briefing, each question to the prime minister was prefixed with some fawning praise of Hasina and her achievements. Sample this:

“[You] have conquered the ocean and now the space,” (Bangladesh launched its first satellite into space last month). “You deserve [nothing less than] the Nobel Peace Prize,” noted another member of the press.

It was during this Q&A session that Hasina was asked about the “drug war” — recently launched by her regime across Bangladesh. As this was being telecast live on BTV, the state broadcaster, an animation, urging the nation to “say no to drugs” was superimposed on the top right corner of the feed.

Is it possible, one journalist ventured, that the security forces are engaged in abuses as they crack down on suspected drug dealers and drug lords in the country? This was a clear allusion to the campaign of extrajudicial executions now being carried out by the police and the elite Rapid Action Battalion (RAB).

What came next reminded one of Rodrigo Duterte — the president of the Philippines and the chief patron of the “drug war” there. Like Duterte, Hasina oozed callous confidence.

“What I Start, I Finish”: Hasina’s Take on Drug War

Everything is going fine, Sheikh Hasina said — her government and her intelligence agencies and her security forces know what needs to be done. Everything is being done according to a grand plan that is all-perfect and well-thought out, and well-designed. The people (the best friend of every authoritarian ruler in history) want her government to clean up the society of the evils of narcotics and she wants to do just that.

A populist leader so sure of herself, the chief patron of a new “drug war” — Sheikh Hasina, the South Asian version of Rodrigo Duterte. “And, you all know very well what I start, I finish — this too I shall see through to the end,” she declared.

This is what Hasina’s security forces have started: a widespread and systematic campaign of extrajudicial executions. In less than a month, police and RAB have executed more than 120 people across Bangladesh. The numbers jump up every night, because each night, suspected drug peddlers are taken to open spaces and shot dead, point-blank.

When I asked a Bangladeshi human rights advocate for the latest death toll, I was told (on condition that I do not name the advocate, because of security threats): “They are killing off 10-12 people every night; it is proving very difficult to keep count. [These are] just people who are facing summary execution. [Likely] more people are dying in detention and we have no way of counting that now.”

The “kill rate,” in other words, is so high that one of most experienced human rights researchers in the country cannot keep up. This is a widespread and systematic campaign of cold-blooded murders by the security forces — crimes against humanity, according to the Rome Statute to which Bangladesh is a party.

The Philippines, as it happens, is also a party to the Statute, and the International Criminal Court has already started a preliminary examination of complaints of crimes against humanity committed by the Philippines security forces as part of a drug war overseen by Rodrigo Duterte. A drug war that saw thousands and thousands of suspected drug addicts, drug peddlers and drugs lords extra-judicially killed.

The death toll in Bangladesh’s drug war is not as high as that of the Philippines yet, but as the prime minister herself bragged, her security forces are just getting started.

Where would this lead Bangladesh in the future, remains in question. More so in an election year in which already decimated opposition parties are fearing a new campaign of terror against their members.
Would this drug war entail a new bout of extrajudicial executions of opposition party activists, dressed up as drug peddlers? We do not know yet.

However, one thing we do know is that if Sheikh Hasina follows the footsteps of Rodrigo Duterte, she may one day find herself at the Hague — not answering softball questions by fawning journalists, but being questioned by the prosecutors of the International Criminal Court. Her regime needs to rein in its death squads now.

Tasneem Khalil is an independent Swedish-Bangladeshi journalist and the author of Jallad: Death Squads and State Terror in South Asia (Pluto Press, 2016). Follow him at @tasneem. This is article was first published on The Quint and can be found here. Image credit: CC by Francisco Anzola/Flickr.

The ‘Free and Open’ Indo-Pacific: A call for European partnership
What we learnt as teachers by bringing Indian and Pakistani students together