The ‘Free and Open’ Indo-Pacific: A call for European partnership 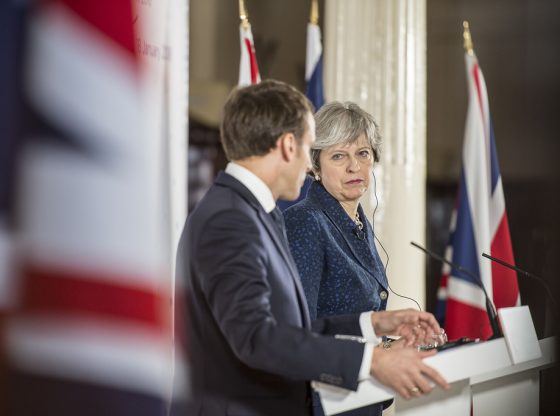 The Indo-Pacific, along with efforts to keep it “free” and “open,” were central themes at the 2018 Shangri-La Dialogue held in Singapore earlier this month. While speakers were quick to insist that their strategies were not directed against any country in particular, there was clearly a sense of unease regarding Chinese investments featured in its Belt and Road Initiative (BRI) and resentment toward Beijing’s heavy-handed approach to maritime disputes in the South China Sea. Taken together the statements seemed to reflect an emerging consensus regarding the troubling nature of China’s actions throughout the Indo-Pacific region.

Europe should take the lead where the United States has abdicated it.

Concern about the implications for the broader international order is largely responsible for driving this convergence of views as well as corresponding efforts to create a positive, inclusive agenda for handling the challenges that are arising in the Indo-Pacific. Rather than simply being anti-China, constructs like that of the “Free and Open Indo-Pacific”—which has been championed enthusiastically by the Trump administration— provide tangible objectives and opportunities for cooperation with China. As explained by the then U.S. national security adviser H.R. McMaster, the American effort is focused on “freedom of navigation and overflight, the rule of law, sovereignty, freedom from coercion, and private enterprise and open markets.” In other words, freedom in this context means the freedom of international politics rather than domestic.

Likewise, the openness sought by this strategy is framed in opposition to the creation of a system of exclusive spheres of influence, which would instead be closed to countries from outside. While more recent statements from the administration have emphasized the desire to see a region in which genuine democracy is the norm, governments operate in ways that are transparent and free from corruption, and individual rights and freedoms are respected and protected, those are secondary considerations. At its heart, the U.S. approach to the Indo-Pacific prioritizes sustaining a system in which countries remain free from coercion and the global commons remain accessible to all nations.

Yet, such openness and freedom are neither guaranteed nor uncontested. In terms of sovereignty, freedom from coercion, and the rule of law, China’s behaviour in maritime disputes and targeted use of economic pressure to disrupt consensus-building threaten to undermine those norms. On the question of openness, Chinese claims in the South China Sea threaten the freedom of navigation and overflight and raise additional concerns on the economic side since Beijing could enforce new rules on the transport of goods to and from the emerging centre of the global economy.

The challenges posed by Chinese behaviour have not been lost on Europe: European countries are considering increased scrutiny for investments from China and there are reports that European Union ambassadors presented China with a nearly unanimous denunciation of the methods Beijing has used in implementing the BRI. Central to the critique was concern regarding China’s role in member states such as Greece, Hungary, and Czech Republic. This is significant, given that China continues efforts to expand its investments in Central and Eastern Europe, including through the 16+1 platform.

Diplomatic engagement should be Europe’s principal avenue through which to address these challenges and the July EU-China summit is an excellent opportunity to begin. Even more important is October’s Asia-Europe Meeting (ASEM), which will provide an opportunity to present a unified front across regions. The groundwork will need to be laid before then, however, which means now is the time to start. It will be essential to work on key holdouts—first in Europe and then throughout the Indo-Pacific—in an effort to build consensus regarding the international order before that meeting. To paraphrase the United Kingdom’s Gavin Williamson, in his recent address at Shangri-La, the goal must be to raise the bar of regional cooperation, stand together, speak with one voice, and stand up for the rules-based order.

Europe should also take the lead where the United States has abdicated it. The U.S. approach severely underappreciates climate change. Yet, for many of the countries in the Indo-Pacific region, the risk that climate change poses to their fisheries is among their greatest concerns. Another avenue for European engagement could be the lack of focus on individual rights and freedoms.

Most notably, perhaps, Europe should take the lead on trade. The recently concluded EU-Japan FTA is an excellent example of the potential that exists for forging substantive, high-standard agreements which will hopefully have the appeal to draw in other countries as well. As with the Comprehensive and Progressive Agreement for Trans-Pacific Partnership (CPTPP), which emerged in a show of resolve and solidarity following the U.S. withdrawal from the original TPP negotiations, there may be the possibility to develop the architecture the region needs even without U.S. involvement, leaving the door open to the United States should it recognize the benefits of integration once more but not being constrained by the limits of American leadership.

The French and British have also begun ramping up their involvement in reinforcing principles of the freedom of navigation in the South China Sea and made positive gestures at this year’s Shangri-La Dialogue, reiterating their commitment to multilateralism and the region as a whole. But this investment of time, energy, and resources cannot be limited to France and the UK. Germany, Denmark, Norway, and the Netherlands have the capacity to engage in out-of-area operations, and their support in this realm would be hugely symbolic, demonstrating unity in the commitment to the rules-based international order.

Perhaps the most important thing for the EU to keep in mind is that, despite a series of announcements and assessments made over several months, the concrete, action-oriented side of the U.S. strategy in the Indo-Pacific is still evolving. By engaging with the process now, European countries would have the opportunity to shape the trajectory of the strategy’s implementation. This might allow for the moderation of some of the more problematic parts of the strategy while ensuring that the more constructive features become institutionalized, to protect them from the whims of the U.S. electorate.

Matthew Lillehaugen is a Junior Fellow at the Carnegie Endowment for International Peace, serving the Tata Chair for Strategic Affairs and the South Asia Program. Image Credit: CC by Number 10/Flickr.

The Worrying Trend of Media Censorship in Bangladesh
In pre-poll Bangladesh, is the Drug War a guise for political murder?