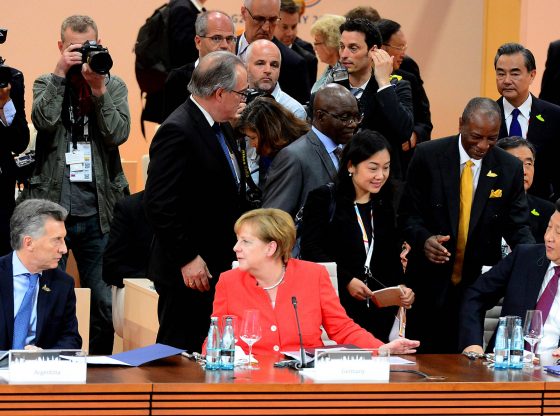 Established in 1975, China-EU ties have always focused on finding common ground while setting aside minor differences. Having grown in importance over the decades, they are now the world’s second and third largest economies respectively, representing 25 percent of the world population and generating one third of global GDP. Right now, China-EU relations are second in global importance only to US-China bilateral relations.  China-EU relations have the advantage of having less baggage to carry.

Though no major hurdles exist, there are some grey areas in this equation, e.g. the EU’s concern over human rights protection and fundamental rights issues in China. The EU has also conveyed that it would appreciate more reciprocity, transparency and non-discrimination on the part of China regarding foreign investment and business practices. Keeping China’s ‘market economy’ status on hold for now, a bilateral investment treaty is being mulled over to reduce barriers. Even the EU-China summit in 2017 could not deliver results, as China refused to reduce its massive steel output (which affects Europe’s steel industry). Having said that, no issue has ever seriously damaged the bilateral relationship. Once the Comprehensive Agreement on Investment is formalized, matters will be more in line with EU law and regulations.

This is the time for China to take Sino-EU ties to a new level.

Trade has consistently been the main strength of this partnership. China-EU trade has flourished to the extent that the EU is China’s biggest trade partner, while China is now the EU’s second biggest trade partner (after the U.S). China has invested $235 billion in the EU while investing only $103 billion in America between 2005-2016. Encouragingly, Beijing and Brussels have no major disagreements over strategic interests and the absence of rivalry leaves space for a sustainable, long-term partnership once it is fine tuned. Not feeling geopolitically threatened by China, the EU has a lot to gain from joining the Belt and Road Initiative.

Improving connectivity between European ports, many roads and train routes under the BRI would end up in Europe and link up Eurasia. Being a major consumer market for Chinese products, Germany would gain the most as its exports to China are worth nearly $600 billion US dollars – 1 million US dollars every minute. However, when the BRI takes off, Central and Eastern European countries (CEEC) could have more Chinese economic presence as China is actively engaged in the production and transport network there. As a result, China’s leverage in Europe will definitely grow, and it remains to be seen whether this becomes a plus point or a negative factor.

There may also be further opportunities for European companies to do business in China. The Asian Infrastructure Investment Bank (AIIB) was launched by China in 2015. The U.S. backed off, yet nearly all European countries joined the AIIB which went on to become part of other multilateral development institutions. Likewise, China also played a positive role by joining the European Bank for Reconstruction and Development (EBRD). Although European companies still have to explore the full business potential of the Belt and Road Initiative, it may become a win-win situation, especially as the Juncker Commission is also interested in the field of infrastructure. Further opportunities also exist, such as the possibility of space exploration, or even co-operation in the field of artificial intelligence and new energy vehicles.

On the strategic level, ever since the signing of the  EU-China 2020 Strategic Agenda for Cooperation in 2013, it has been smooth sailing for both sides. Having resulted in security co-operation as well as joint peace-keeping efforts and agreement on defence and development matters, the ‘strategic partnership’ has proved consistently viable. Sharing similar foreign policy objectives for a more stable Africa, Iran and Central Asia, it has grown into a thriving partnership over the last decade. Further down the road, this strategic alliance could also prove useful in resolving crises and maintaining regional and global security.

Roles in global governance await both the EU and China if they can fill the void created by a disinterested and unpredictable United States. Yet, this does not mean America’s clout will be diminished. Only recently, German Chancellor Angela Merkel put it bluntly that Europe cannot sit back and rely on others for progress. Recently, there is growing distance between the U.S. and the EU as they have disagreed over NATO defence spending, the Paris climate agreement and even the Transatlantic Trade and Investment Partnership negotiations. The latest tensions came with the U.S. withdrawal from the JCPOA nuclear deal with Iran, where a stubborn Europe vowed to carry on without the United States and dodge U.S. extra-territorial economic sanctions. Disagreeing on trade, security and environment matters, EU-US ties require a lot of re-balancing nowadays.

This is the time for China to take Sino-EU ties to a new level. Although it may be too premature for a wholesale re-alignment, the current international instability could bring the EU further into the Chinese zone of influence. Unfazed by the threat of economic sanctions, China is carrying on trade with Iran using the yuan. Likewise, there are reports that the EU would like to switch to the Euro for business transactions with Iran. Though some European companies may retreat under threat of sanctions, the EU fully intends to stay engaged in the Middle East and maintain links with Iran.

Ultimately, the future looks promising for these two powers. Increased China-EU ties could resolve international conflicts together, work on climate change, global migration and fight terrorism. Not only that, there is potential for a free trade agreement, green development and a digital economy whilst playing an important role together in the G20 and the WTO in creating a multipolar global system.

Sabena Siddiqui is a Foreign Affairs Journalist and Sinologist focusing on the Belt and Road Initiative, CPEC and South Asia. She also works as an op-ed writer at China.org.cn, South China Morning Post and Asia Times. Find her on Twitter @sabena_siddiqi. Image Credit: CC

What we learnt as teachers by bringing Indian and Pakistani students together
Pakistan: Upcoming General Elections and the electronic and social media