Pakistan: Upcoming General Elections and the electronic and social media 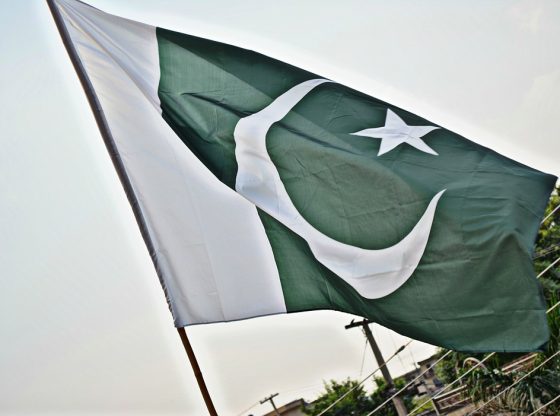 What makes Pakistan’s upcoming general elections in July 2018 different from the past is a tremendous surge in political parties’ strategic communication through social and electronic media, and the Prevention of Electronic Crimes Act 2016 (PECA) which makes provisions for the prevention of electronic crimes. Arguably, these elections are a test case for the political parties, the social media organisations and Pakistan’s legal regime governing the use of social and electronic media.

UNDP’s Pakistan National Human Development report 2017 has classified Pakistan as one of the youngest countries in the world with 64 percent of its population aged under 30 years. The voting age in Pakistan is 18 years meaning that a largest majority of younger people are eligible voters this year. Understandably, these young men and women hold the key to the political future of their country. In the general elections of 2013, Pakistan witnessed the potential of its young citizens being unleashed by political parties. On the flip side, the political views of these young people are less rooted in the political history of Pakistan compared to their older generations and are more susceptible to political campaigns via social and electronic media.

For a population of over 200 million, there are 89 TV channels in Pakistan operating under license from the Pakistan Electronic Media Regulatory Authority (PEMRA), the electronic communications regulator in Pakistan. These are in addition to those operating on court stay orders, exploiting the lenient regulations and loopholes in the legal regimes governing the operation of electronic media.

World Bank statistics show that in 2013 only 10.9 percent of Pakistan’s population had access to the internet. Today, it stands at over 44 million (22 percent of Pakistan’s population) – a staggering surge of 24 million users in the last five years, according to Internet World Stats. A recent survey by Gallup and Gilani Research Foundation found that 45 percent of them access news on the internet at least once a day.

By January 2018, the active number of Facebook users in Pakistan stood at 35 million up from 10 million users in 2013. The number of Twitter users was 3 million in 2013 whereas YouTube is the most visited site in Pakistan in 2018, according to Alexa. What’s more, Pakistani news channels have set up YouTube channels to link their content to social media for expanded audience.

Thanks to electronic and social media, Pakistani society today has evolved a more informed and politically participative culture. This is a culture that can defy a fundamental tenet of the conventional wisdom that had guided Pakistan’s electoral politics for decades: that voters have a short-term memory. This time it appears that the voters have much more than conventional memory at their disposal and are likely to make good use of it.

In 2013, the Pakistan Tehreek-e-Insaf (PTI) was the leader in the strategic use of social media with the Pakistan Muslim League (N) following behind. PTI’s strategy of focusing on younger voters worked wonders for them. They won a large share of younger voters particularly in KPK. Pakistan Muslim League (N) took it as a wake-up call and launched charm offensives to win the support of the Pakistani youth. They introduced schemes like laptops for students, Youth Business Loans Scheme, and Punjab Sports Festivals. Simultaneously, PML(N) reorganised and strengthened their social media cell – headed by Maryam Nawaz.

Imran Khan contested the 2013 election with the slogan of ‘youth for change’ and played down the need for PTI to have more popular politicians.  PTI issued a Youth Policy for the 2013 general elections as early as November 2012 and promised at least 25 percent of election tickets to its younger members (later increased to 35 percent). However, Imran Khan seems to have outgrown his own policy of change and learned the conventions of politics in Pakistan set by other political parties and non-political players. In 2018, the galaxy of PTI is studded with wealthy politicians such as Jahangir Tareen, Azam Swati, and Chaudhary Sarwar, seasoned electables like Shah Mahmood Qureshi, and PPP defectors like Fawad Chaudhary, Babar Awan and Nadeem Afzal Chan.

But PTI’s social media has emerged as an even more aggressive tool of mass mobilisation and opinion building and remains the domain of young volunteers. Meanwhile, the PML(N)’s social media team has grown from a few members to several thousand members countrywide. They are now effectively challenging the clout of PTI social media under the leadership of Maryam Nawaz. Recently, in order to motivate their activists for the upcoming general election, both PTI and PML(N) have organised several social media conventions across the country and launched their social media campaigns.

Sadly, Pakistani social media activists have publicly admitted that a large number of Facebook and Twitter accounts run by social media cells of political parties are allegedly fake. Several YouTube channels disseminate unverified content on topics ranging from Pakistan’s national politics to international relations. There are those who wish to make money from YouTube channels but there are some with more nefarious motives.

The Prevention of Electronic Crime Act 2016 criminalises unauthorised access to or interference with information system or data. It further prohibits unauthorised copying or transmission of data. Yet there is no legislation in place to protect private individual’s data in Pakistan. Digital rights advocates raised the alarm after a data breach into a taxi-hailing app in Pakistan earlier this year.

Pakistan’s demographic profile of social media undoubtedly makes it a fertile land to cultivate favourable political opinions through strategic communication. The hope is that Pakistan’s Election Commission takes it as a wake-up call and ensures that social media tools and data analytics are not exploited for political purposes.