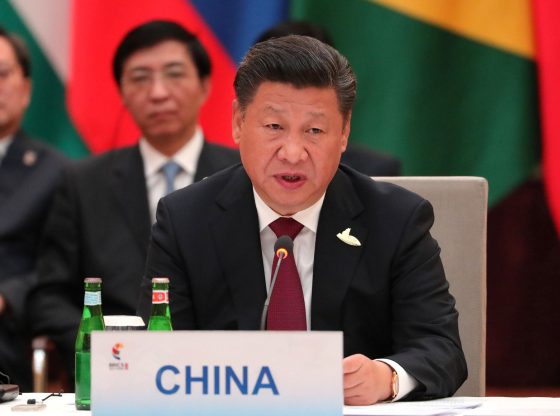 Following its successful economic development and poverty reduction at home, China is exporting its model to Africa. Chinese investment in Africa grew from two projects in 2000 to hundreds annually through the OBOR initiative, with funding from the Silk Road Fund, New Development Bank (NDB), and the Asian Infrastructure Investment Bank (AIIB).

“China has achieved phenomenal success in reducing poverty, lifting hundreds of millions of people out of poverty between 1981 and 2015, the fastest rate of poverty reduction ever recorded in human history. China’s experience in poverty reduction can offer useful lessons to other developing countries,” said Bert Hofman, World Bank Country Director for China, Mongolia and Korea.

The World Bank estimates that as China transitions to a service economy, as many as 85 million jobs could emigrate from China to Africa in the coming years.

China has a long history in Africa, dating back to Mao’s policy of courting friendship among developing nations during the ‘Bandung phase’ in the mid-1950s. Through recent initiatives, including the International Poverty Reduction Center in China (IPRCC) and the Global Poverty Reduction & Inclusive Growth Portal (GPIG), China is taking a more active role in addressing poverty in the developing world.

One prominent feature of China’s agricultural aid to Africa has been through agricultural technology demonstration centres, which integrate with local agricultural industries but also aim to create solid footholds for Chinese companies in new markets.

China has invested in several mega projects under FOCAC and OBOR, following a negotiated strategic partnership that grants the PLAN rights to establish China’s first overseas naval base, Djibouti Logistics Support Base. The Export-Import Bank of China is the principal investor in at least eight infrastructure projects in Djibouti, including US$490 million for the Doraleh Multipurpose Port, a US$322 million water pipeline project from Ethiopia, the US$490 million Addis Ababa-Djibouti railway, which was launched in January 2017, and a new US$450 million international airport in Bicidley, 25km south of the capital. Other projects that will help stimulate the local economy include shopping malls, roads and Arica’s largest international free trade zone, covering 48 sq km.

Kenya’s Lamu Port Project includes 32 Deep Sea Berths and is estimated to cost US$5 Billion, including US$480 million for a second international deep-sea port expected to open by 2020. It will act as a hub for the Lamu-Southern Sudan-Ethiopia Transport (LAPSSET) Corridor, a US$26 Billion-dollar initiative at the heart of the Kenya Vision 2030 Strategy, a long-term development policy that started in 2008.

An energy shortage has severely constrained living standards, economic growth and poverty reduction initiatives in sub-Saharan Africa. Over the past five years, Chinese development has accounted for 30 percent of the region’s new capacity additions in the power sector.  According to an IEA analysis, Chinese investment between 2010 and 2015 accounted for $13 billion in financing for much-needed infrastructure development, mainly through public financing, benefiting more than 635 million people living without electricity in sub-Saharan Africa.  “African countries have relied heavily on China to support the expansion of their electricity systems, to enable growth and improve living standards,” said Paul Simons, the IEA’s Deputy Executive Director.

China’s engagement with Africa is having a transformative effect, reshaping lines of communication in key regions. Despite accusations of exploitation, Chinese FDI is modernizing infrastructure in transportation, energy and telecommunications. China has set up extensive networks, linking cities with new and upgraded ports and airports while investing in Free Trade Zones.

Chinese Premier Li Keqiang has refuted claims of Neo-Colonialism, saying that China has devoted “more than half of its foreign aid to Africa,” emphasizing that China “will never attach political conditions to its assistance to Africa and will never use its aid programs to interfere in the internal affairs of African countries.” The latter part is a reference to the ‘unfavourable conditions’ attached to funding from Western countries and institutions, including the privatization of resources and cuts to minimum wage and public spending, including pensions or a refusal of funding to states seen as human rights violators.

These loans come with conditions called the Washington Consensus—a set of policies designed to promote the use of private markets, protect the environment, protect human and workers’ rights, and foster non-corruption in government, among other values.

China has long courted favourable relations with developing countries, gaining recognition of the ‘One China Policy’ and support within international organizations including the UN and WTO. Even as China grows as an economic power, it continues to cultivate relations through ASEAN and BRICS. The AIIB is a multinational economic organization which favours developing nations, offering an attractive alternative to the IMF and World Bank. China’s strategy appears to be effective as the AIIB includes Western partners among its 64 Members and 22 prospective members, despite American opposition.

In the last 25 years, China has gone from producing 2 percent of the globe’s manufacturing output to 25 percent, increased its GDP thirtyfold and lifting 750 million people out of poverty.  Manufacturing, unlike agriculture and services, engages mass labour in highly productive ways to participate in the global economy. On an individual level; industrialization allows subsistence farmers enmeshed in highly local systems of exchange to transform themselves into consumers and producers in the global economy.

When manufacturing jobs moved from America to China, it transformed the country from being poorer than Kenya, Lesotho, and Nigeria, to rivalling the United States as the largest economy in the world. The World Bank estimates that as China transitions to a service economy, as many as 85 million jobs could emigrate from China to Africa in the coming years. Since 2000, China has emerged as Africa’s largest trade partner, fuelling an impressive rapid economic growth and poverty reduction on the continent. China’s engagement will continue to transform the continent and create new economic opportunities.

Jamie Mulholland is a PhD Candidate at the University of Reading focusing on geopolitics, the Belt and Road Initiative and South Asia. He also works as an op-ed writer at China.org.cn. Find him on Twitter @JMulholland_IR. Image Credit: CC Official Internet Resources of the President of Russia.

India-China Relations after Wuhan
A Pacific Precedent: The Institute of Pacific Relations in the Emergence of Asia-Pacific Studies