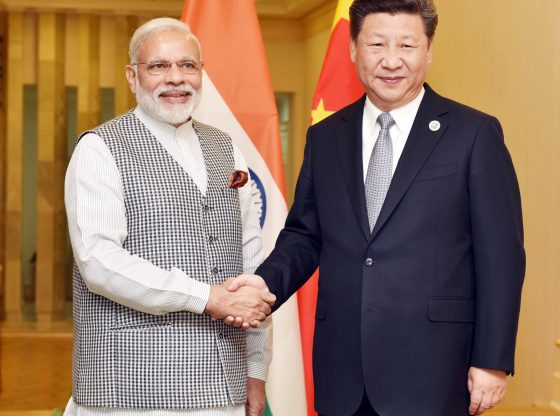 The reality is that China needs India as much as India needs China.

The informal summit between Modi and Xi attracted international attention. However, the summit was not about resetting diplomatic ties, and the objective of the summit was certainly not to reach an important milestone. The boundary dispute between India and China still exists and China’s clout in the South Asian region is rapidly growing. China is working tirelessly to increase its presence in the Indian Ocean Region, especially through the Belt and Road Initiative (BRI).

The talks between Modi and Xi talks aimed at faciliatating a free-flowing top-level discussion. In this context, the Wuhan summit may still be called a landmark event. That was the first time that an Indian leader had held an informal summit with any world leader. Prime Minister Modi’s speech at the Shangri-La Dialogue also signalled India’s growing attention on Russia and China. Modi remarked that “India’s Strategic Partnership with Russia has matured to be special and privileged.” With respect to China, Modi argued that “Asia and the world will have a better future when India and China work together in trust and confidence, sensitive to each other’s interests.”

The evidence that India desires to have improved relations with China is clear. As has been the standard procedure in the ministries dealing with foreign affairs, the preparations of the informal summit began much before the actual summit. Foreign Secretary Vijay Gokhale visited Beijing in February 2018, followed by National Security Advisor, Ajit Doval’s visit to China in April 2018. Both India and China want to have peace and stability in their relationship with each other. India also attended the 2018 Shanghai Cooperation Organisation (SCO) Summit as a full-fledged member. During the SCO summit, India and China did not let their bilateral disputes surface at the meeting, and thus displayed a sense of maturity. Though India did not endorse the BRI, a joint communiqué were issued with only other members extending support for the BRI.

There is a growing realisation on the part of both India and China that there is enough space for both countries to coexist and prosper. Several years ago, Dr. Manmohan Singh, the former Prime Minister of India had stated something similar in explaining the future of India’s relationship with China. The Indian Ambassador to China also agreed, arguing that “big countries can peacefully coexist despite differences in their systems and that they can work together”. During the Wuhan informal summit, both leaders expressed their desire to work towards building up the capacities of the people and the economy in war-torn Afghanistan. Stability in Afghanistan is crucial for both India and China. However, India and China are not collaborating on any infrastructural project in Afghanistan, because China might try to link a joint infrastructural project in Afghanistan with the BRI.  For India, in the long run, connectivity and infrastructural projects are crucial for getting access to Afghanistan without relying on Pakistan.

So far as security issues are concerned, India is still weighing its options with respect to China and the quadrilateral security dialogue. On June 7, on the sidelines of the ASEAN Senior Officials Meeting in Singapore, a second meeting of the quadrilateral security dialogue took place. However, there are still no signs of formalising the dialogue.  Relying on the United States and Australia for containing China is not the best option for India. In 2007, when the Quadrilateral security mechanism was being formalised, Australia backed out of the grouping because of its apprehensions of annoying China. The Indian leadership is fully aware of the fact that India and China share a long and disputed border, but that the two countries must live together. While China has not shown signs of resolving the boundary dispute with India, the latter is patiently waiting for China to come to the negotiation table.

The reality is that China needs India as much as India needs China. While India cannot afford to have tension at the border until the elections next year, India’s alignment with other quadrilateral countries is not in China’s favour and would prove harmful for China’s image amid BRI controversies.

Recent engagements between India and China have stabilised relations, at least for the time being. While these meetings and diplomatic engagements are no assurance for lasting peace, it is still a positive step toward managing tensions between the two Asian giants.