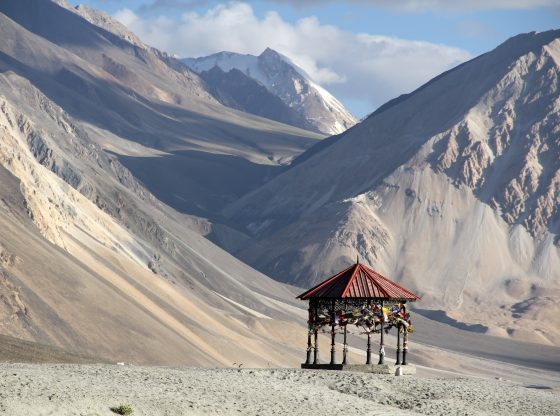 Sino-Indian relations seem to be beginning a new chapter of bonhomie as envisaged from  the ‘informal’ visit of the Indian head to his neighbouring brethren China. Speculations are rife about what the two countries stand to gain from each other and who seems to be wooing whom.

It is a known fact that at various diplomatic and economic fronts, both countries need the support of each other. China who seeks future leadership at various levels is trying to resonate its importance across the globe and more so in Asia. Its recent OBOR initiative did not receive a green signal from India and China knows that project of such magnitude would require Indian support. Meanwhile India is battling her own issues with her neighbours and needs China to restrain her overzealous drive of friendship towards them.

However, they are a few issues which both nations are battling within their domestic fronts but are unwilling to deal it at the diplomatic level. One such major issue is the agrarian crisis, which both nations view as a major challenge to their very existence as nation states.

Historically having borne the impact of large scale famine with terrible starvation deaths and malnourished population, both resorted to active measures in enhancing the productivity of their crops as soon as they achieved their political freedom.

India’s land reforms had coincided with China’s commune system in the 1950’s. Since then a lot has changed, both nations became emerging economies, establishing their own pinnacles of growth rates and GDP ratios. Yet it is also true that despite significant rise in agricultural production the two  countries have witnessed a decline in the share of agriculture in their GDP’s. India’s increasing spate of farmers’ suicides and China’s problem of ‘Three Rurals’ (san nong wenti) has become inimical to their country’s socio- economic indicators.

Both Indian and Chinese farmers are driven to suicide because of economic reasons which to name a few are rising investment in inputs, lower productivity, depreciating incomes, rural urban divide, lack of alternative employment opportunities etc. To top it all the market oriented policies of the government and removal of subsidies is touted as the main usurper of a farmer’s livelihood.

However the present conditions of the farmers in the two fastest developing nations of the world is largely due to existence of paradoxes. While irrigation facilities have vastly improved, the farmer is unable to cope with the climactic changes like global warming, declining water table etc. to which it has no mechanisms of coping. On similar note, is the advanced technology and imported seeds which though have enhanced the farmer’s short term production but has reduced the overall productivity of the field leading him to accumulate debt and reduced real income. Also, a mismatch in policies decided at the highest levels without understanding the ground realities has led to a miniscule number of farmers being amply benefited while a large number are shifted to abject penury. On the home turf, both India and China face ‘lack of food security’ as the biggest failure in their development paradigms and have hurried to pass various legal provisions to turn food security not just into a social vision but a legal measure. The Chinese president Xi Jinping in the very first year of his leadership tenure has emphatically stated that ‘Chinese food should be firmly grasped in Chinese hands’ as a major component of ‘food security’.

Similarly, India chose to pass the Food Security Bill making it the legal obligation of the state to provide food to its citizens despite reservations expressed by economic analysts.. It cannot be doubted that in terms of food production China has had a windfall gain in terms of total factor productivity despite India having harvested a little bit more area (around 10 million hectares as compared to China’s 9-9.5 million hectares). In countries like India and China investment for food generation is less on crop production and more on irrigation availability. China has had a better approach to planned management and investment in the agricultural sector. In tandem, significant rise in agricultural production has led to both countries having witnessed a decline in the share of agriculture in their GDP’s. China has had a drop from 17.5 per cent share of agriculture in GDP in 1980 to 10.6 by 2009, India has had a more significant drop from 38.9 per cent to 16.1 per cent during the same period.

This means that while India has had a faster pace of shift from an agricultural economy than China, it also means that Indian farmers have suffered greater levels of stagnation (both in their production and income) compared to their neighbouring brethren.

India and China have often been pitted up against each other as rivals, due to various reasons like geographical proximity, burgeoning population, rising economies etc.

However, when the question of food security comes up, it is not a problem of feeding Indians or Chinese but the problem of feeding 2.5 billion people out of the 7 billion, roughly one third of the humanity. Both nations have swayed from prosperity to penury, suffering the ravages of foreign imperialism as well as learning (and that too very painstakingly), the nuances of the formation of a nation-state, food security is no more a problem limited to low production, but involves lack of purchasing power parity, lack of quality and nutrition in the food eaten.

Improvement of food security requires a cohesive strategy with coherent planning and execution. Mere creating of buffer stocks of food is not enough  without taking a tough stand on prevention of speculative prices and artificial hoarding. Also, farmers could be encouraged to produce  and utilize bio-fuels from natural waste produced during activities of agriculture,  minimise the usage of artificial pesticides by using green technology, sticking to locally and naturally cultivated food crops rather than artificially produced GMO food, increased market access by building better infrastructure, reduction of trade barriers, maintenance of a balance between free market and government subsidies and last  but not the least produce in an environment friendly  manner to allow the flourishing of a sustainable eco system. This requires changes in the system itself which eliminates middlemen and allows both the producers and consumers a deserving pay for their produce.

Thus both China and India should take bilateral actions to alleviate the problem of their food security. The recent Wuhan meeting has been vouched by both nations as a new decree of diplomacy. However, solutions seem to lie beyond the conventional decorum of diplomacy.

Prachi Aggarwal is an Assistant Professor at Sanchi University of Buddhist Indic Studies, India. She can be contacted at 28.prachi@gmail.com. Image credit: CC by Goodfreephotos.com

A Pacific Precedent: The Institute of Pacific Relations in the Emergence of Asia-Pacific Studies
Is an Islamic state on the cards for Malaysia after its general elections?