Is an Islamic state on the cards for Malaysia after its general elections?

Home /Elections, Malaysia, South East Asia/Is an Islamic state on the cards for Malaysia after its general elections? 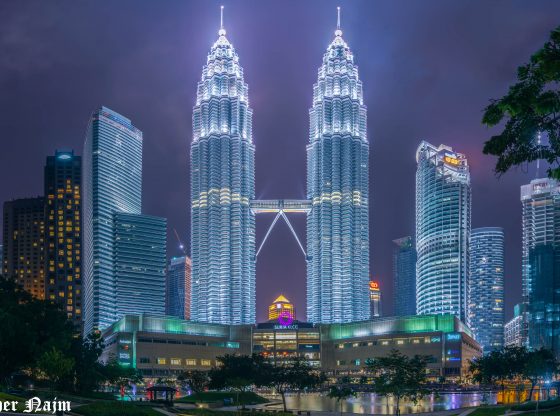 For the first time in the history of Malaysia as a nation state, which gained independence from the British in August 1957, the ruling multi-ethnic coalition led by the United Malays National Organisation (UMNO) lost power at the federal level, amassing just over thirty per cent of the popular vote on 9th May, 2018. Apart from conceding power in the federal Parliament, the UMNO-led National Front, BN (Barisan Nasional) coalition now controls only two states in Malaysia’s federal system, namely Perlis and Pahang in Peninsular Malaysia, after ruling parties in Sarawak state in Borneo island abandoned BN earlier this month.

As in past elections, Islam, constitutionally pronounced as the religion of the federation, has proved to be a major area of contention between parties and coalitions vying for political power and loyalty. This is particularly true for the majority Malay-Muslims, who constitute between fifty to sixty percent of the population. Political Islam or Islamism in Malaysia has traditionally pitted UMNO, conventionally viewed as a secular nationalist party, against Parti Islam SeMalaysia (PAS: Islamic Party of Malaysia). PAS itself has undergone transformation from being an offshoot of UMNO’s religious wing in 1951 to a party that combined the ideals of both Islam and Malay nationalism in the 1960s, and to a coalition partner of the opposition alliances Barisan Alternatif (BA: Alternative Front) (1999-2001) and Pakatan Rakyat (PR: People’s Pact) (2008-2015). Throughout its capricious history of inter-group political wheeling and dealing, PAS has led governments in the states of Kelantan (1959-1978, 1990 until the present time), Terengganu (1959-1961, 1999-2004, 2018), Kedah (2008-2013) and briefly provided the chief minister in Perak in 2008-2009 despite its minority representation in the state legislature.

It was under Dr Mahathir and Anwar’s stewardships as Prime Minister and Deputy Prime Minister in the 1990s that the march of Islamism seemed to be virtually unstoppable.

Islamist politics in Malaysia has been greatly diversified by the role, emergence and re-emergence of various NGOs, each of which has held to its own conception of the Islamic state or ideal Islamic society. Islamist Icon Anwar Ibrahim had been the most prominent leader of the NGO Angkatan Belia Islam Malaysia (ABIM: Muslim Youth Movement of Malaysia) – a major player of the nascent years of Malaysia’s Islamic revival in the 1970s, before joining, upon Dr Mahathir’s invitation, the ruling UMNO in 1982.

Members of this Islamist civil society appear consistently within the ranks of all Malay-Muslim political parties, not just PAS. Many former ABIM activists, for instance, joined UMNO following Anwar and in 1999 formed the core leadership group of KEADILAN, which later morphed into the Parti Keadilan Rakyat (PKR: People’s Justice Party). Their impact in UMNO and the federal administration, however, went beyond their stay in the corridors of power. The adoption of Islam as a primary plank of national governance has been attributed to cohorts of Islamic civil society activists, some of whom remained in UMNO and the government even after Anwar’s unceremonious dismissals. They have exerted powerful influence in Islamic institutions at the federal level such as the International Islamic University of Malaysia (IIUM), transforming Malaysia into a quasi-Islamic state during Dr Mahathir’s first prime ministerial tenure (1981-2003), sans the formal enactment of sharia (Islamic law) in the nation’s legal structure. Najib Razak welcomed scholars-cum-activists from the conservative Wahhabi-Salafi school into UMNO, and on the eve of the Fourteenth General Elections (GE14), UMNO and BN were heavily lampooned on social media for being allegedly involved in secret negotiations with PAS introducing a law known as Rang Undang-undang 355 (RUU 355) that could pave the way for the implementation of hudud (Islamic criminal law) in Kelantan.

Malaysia’s Fourteenth General Election (GE14) witnessed stiff competition between three electoral blocs, each of which projected its own vision of an Islamic state. UMNO and BN, despite resistance by its non-Muslim partners against UMNO’s Islamist agenda, generally supported bureaucratic Islamism, whereby Islamist principles of state administration and governance gradually take effect as a top-down programme of the federal government. Deputy Minister in the Prime Minister’s Department Asyraf Wajdi Dusuki, a former IIUM student activist who hails from Kelantan, son of a former religious advisor to Dr Mahathir and newly elected UMNO Youth Chief, for example, stressed BN’s commitment to turn Malaysia into an Islamic state.

Looking at Najib Razak’s Islamist trajectory, many believed that a juridical Islamic state was on the books for UMNO. UMNO might have been tempted to entice PAS into a coalition with BN should there have be a hung Parliament, which looked possible. PAS, by and large, has steadfastly held on to orthodox Islamism, which is marked by the formation of a juridical Islamic state in which sharia is fully implemented as its ultimate goal. Such an intention was shared, for whatever purpose, by some UMNO leaders. PAS leaders professed the party’s intention to become a kingmaker should the results of the GE have been inconclusive for any of the two larger blocs to form a government on its own. A joint BN-PAS unity government would have seen a merger between orthodox Islamism and bureaucratic Islamism.

GE14’s final results turned out to be a big disappointment for the UMNO and PAS schemers planning to install an Islamic state through the backdoor. BN’s and PAS’s tallies of 79 (down to 57 since 12 June) and 18 seats respectively paled in comparison to PH’s 121 (up to 125 since 12 June) seats, delivering PH a simple majority in the federal Parliament. PH was backed by slightly over half the voting electorate, while BN’s popular support fell to around thirty percent. For PAS, although its popular votes registered a figure of eighteen percent, more than half the voters in Kelantan and Terengganu supported PAS, delivering the party convincing majorities in the legislative assemblies of both states.

In terms of ethnic voting, slightly less than half of Malay-Muslim electorate cast their votes for BN, with only a quarter of them voting for PH and 28 percent supporting PAS.  PH’s victory was achieved on the strength of non-Muslim voters and just enough Malay-Muslim voters who thought it was worthwhile to ditch the kleptocratic government of Najib Razak.

The defeat of BN and the consignment of PAS to its traditional strongholds in northeastern Peninsular Malaysia does not mean the end of the road for Islamism. After all, PH is now marshalled by Dr Mahathir and Anwar Ibrahim following a historic rapprochement in 2016, when Anwar was still languishing in jail after the Court of Appeal overturned his acquittal for a second sodomy charge in 2014.  It was under Dr Mahathir and Anwar’s stewardships as Prime Minister and Deputy Prime Minister in the 1990s that the march of Islamism seemed to be virtually unstoppable. Veteran Malaysian watchers still look at Anwar as a soft Islamist whose rise might facilitate the return of hardline Islamists.

Today, in Dr Mahathir’s new cabinet, leaders of AMANAH – a splinter party from PAS in the PH coalition – have been put in charge of the ministries of defence, agriculture and health. A former Islamist-minded academic also heads the Education Ministry. The onus now is on them as Islamists, prominent as activists since their days in PAS and Islamist NGOs before that, to prove that Islamic governance goes hand in glove with modern notions of statehood that transcends ethnic, religious and communal boundaries.