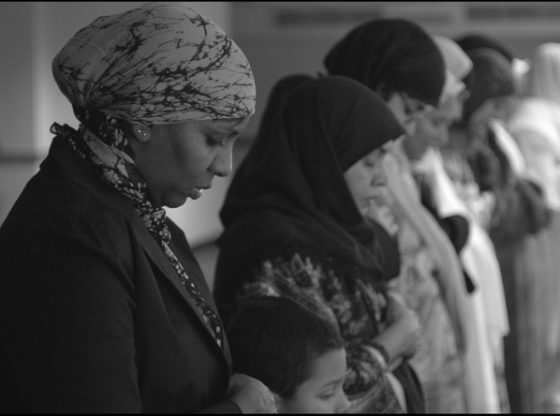 Although disputes over finances are known to be common in South Asian families, relatively little is known about the prevalence and severity of economic abuse of women from these backgrounds.

In a new study, I spoke with 84 mothers with dependent children from Pakistani Muslim and Gujarati Hindu backgrounds in Britain, India and Pakistan about their household finances and economic well-being. The women had a range of occupational backgrounds and the majority of them were living with their husbands or with extended family. Out of the 84 women, 33 reported one or more forms of economic abuse.

I found that many women are suffering from economic abuse in silence, although they do not accept it as a natural or cultural phenomenon. Some are fighting back in their own way, but their battles are limited by the socio-economic and legal resources available to them.

Economic abuse, which is recognised as a type of domestic violence by the UN and also by the UK, India, and some provinces in Pakistan (for example Sindh), can come in a number of forms. For example, husbands can prevent their wives from acquiring or using financial resources, refuse to contribute to household expenses or exploit their wives’ earning and belongings.

The actual prevalence of economic abuse in England and Wales is not known but research suggests that around 50% or more of all women in abusive relationships experience financial abuse.

The women I spoke to reported suffering several forms of economic abuse. Ruchi, a first-generation British Gujarati homemaker explained to me how she was unable to earn money due to the restrictions placed on her by her husband.

He said ‘you can only work if the timings are like 11 to three’. So finish all the work at home first before going to office, then be home for children when they come back!

Other women also told me it was impossible to be economically independent – especially those living in Britain who faced discrimination from employers because of their ethnicity and migration status.

I heard from women whose customary marriage gifts had been exploited by their husbands and in-laws. This included a dowry or gold, given to them by their parents and in-laws at the time of their wedding and considered for their exclusive use. Iffat, a homemaker in Pakistan, said she was asked to sell all her gold to pay for documents for her husband’s employment. She told me her husband promised to return all her gold but did not, and instead spent it on another woman who he was having an affair with.

Falak, who lives in the UK, remembered how she paid for everything while her husband was sending his earnings to Pakistan to his parents and building properties which were in his name. She told me:

I was working, he was working, but it’s sort of his money was for him and his family back home and I provided for myself and for the children.

Household finance remains a taboo, therefore much of the economic abuse remains hidden. One of the women I interviewed in the UK, Hoora, was earning a large amount of money from her consultancy work which her husband used to pay for bills as well as buy a property in his name. She did not feel she could discuss her financial concerns with anyone:

It was a subject where I, my parents didn’t really talk to me, I never had a discussion to say who pays what until a particular auntie who was friends of his family [asked me] … And even then I couldn’t tell her my discomfort that I had to pay them all.

Many of the women I spoke to had adopted various overt and covert strategies to fight economic abuse. Shahida, a second-generation British Pakistani professional, had been responsible for all household expenses for the first seven years of her marriage. One day, she demanded an end to it:

I said, ‘I am not paying everything for house. I feel for the children and for the shopping you should be paying half’.

After a lot of struggle, her husband eventually agreed to pay half of the food shopping costs, allowing Shahida to buy healthier food for her family.

Mehak, a first-generation British Pakistani homemaker who has lived with her in-laws since her marriage, used a more indirect strategy. She did not have access to a bank account, so the child benefit for her four children was accessed by her husband. She managed to convince her husband that they should move out of his family’s house because the children need more space. She recalled: “I didn’t use to have much control before and that used to frustrate me that I can’t do anything special for my kids.” As soon as they moved out, she told me he gave her access to the child benefit.

Wherever the women I interviewed were based – in Britain, India or Pakistan – they faced substantial barriers, such as a lack of resources, access to legal guidance and family pressure, which prevented them from seeking support to fight against domestic violence, including economic abuse.

Women from Pakistani and Indian communities need to be supported in their fight against economic abuse not only through provision of a range of legal and financial services but also through addressing wider gender, socio-economic and ethnic inequalities that make women vulnerable to economic abuse in the first place.

Punita Chowbey is a research fellow in the Faculty of Health and Wellbeing at Sheffield Hallam University. Her research focuses on gender inequalities, race/ethnicity, household economies, food and families and parenting among South Asians in the UK and South Asia. Find her on Twitter @PunitaChowbey. This article originally appeared on the Conversation, and can be found here. Image Credit: CC Wikimedia Commons.