Is Kashmir facing a new crisis? 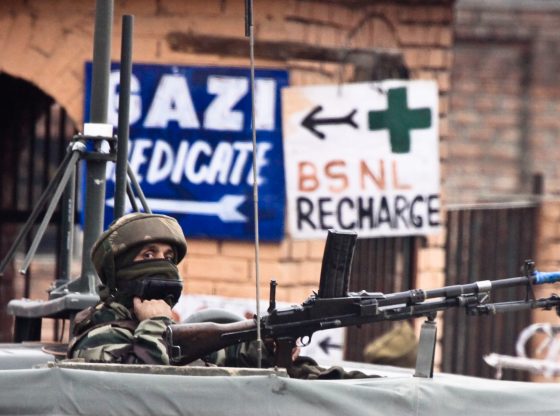 June has been a cruel month in Kashmir. As it opened, there appeared to be a glimmer of hope in one of the most enduring of separatist conflicts. The Indian government announced a unilateral ceasefire for the Islamic holy month of Ramadan, undertaking not to initiate security operations against separatist militants. More than that, senior figures in India’s Hindu nationalist BJP-led government spoke of the need for dialogue including with political leaders of the separatists – and while those Kashmiris grouped in the Joint Resistance Leadership responded dismissively, they kept the door ajar.

By the end of the month, hopes of a dialogue had been dashed. The Indian government – ignoring the advice of the chief minister of Jammu and Kashmir state – refused to extend the Ramadan ceasefire. And the BJP, junior partner in the state’s coalition government, also withdrew from the alliance – prompting the resignation of the chief minister, the collapse of the state government and the imposition of a form of direct administration by unelected officials known as governor’s rule.

Amid the turbulence, and intensifying the air of crisis, came a deep personal and political tragedy: the best known and best regarded of Kashmiri journalists, Shujaat Bukhari, was shot dead outside his office in the Kashmiri capital, Srinagar. He was the editor of an English language daily newspaper, ‘Rising Kashmir’, and a voice for moderation and dialogue; he had taken part in some of the informal initiatives, sometimes called ‘track two’ diplomacy, intended to keep channels of communication open across borders, ceasefire lines and political divides. The motive for the killing is unclear – though Indian police say they have identified three separatist militants whom they believe to be responsible – but it is the most politically charged assassination in Kashmir for well over a decade.

The Ramadan ceasefire and Delhi’s stated openness to dialogue with separatists seemed to suggest a new approach. It didn’t last long.

As India approaches a general election – due in the first half of 2019 – its only Muslim majority state, and its most disaffected, is once more in the throes of a political crisis and a worsening security situation. One leading academic export has described the collapse of the Jammu and Kashmir coalition government as a setback for peace. In the Kashmir valley, the young in particular feel that they have no political voice and no agency, adding to the air of volatility.

The Kashmir conflict dates back to the British withdrawal from India in 1947, which was completed without a clear understanding about the future of the princely-ruled state of Jammu and Kashmir. Pakistan believed that ties of religion, culture and geography meant that it should have Kashmir, but the maharajah – who initially supported independence – belatedly acceded to India. Pakistani irregular forces invaded and took control of some parts of the west and north-west of the state – which seventy years later remain under Pakistan’s control. That prompted the first of several wars between India and Pakistan over Kashmir, leading to its informal partition. Both India and Pakistan continue to claim sovereignty over all of the former princely state; United Nations military observers have been based there for many decades without achieving anything of substance.

In 1989, Kashmiri grievances erupted into an anti-India insurgency – which was armed, supported and encouraged by Pakistan. For several years, Kashmir was in effect at war – with hundreds of thousands of Indian troops stationed there to suppress the armed separatist movement, and tens of thousands of Kashmiris losing their lives. By the end of the 1990s, the Indian army had largely defeated the armed separatists and although these militant groups are once more recruiting, they are much weaker than twenty years ago. Pakistan’s support for armed Kashmiri groups has also greatly diminished – though, in India’s view, it hasn’t completely stopped.

Alongside the political tension within Indian Kashmir is the stalemate between India and Pakistan along the highly militarised ceasefire line (known as the ‘line of control’). There are frequent breaches of the line – notably mortar fire – with both military and civilian casualties. While India would probably accept turning the ceasefire line into an international border and formalising the princely state’s partition, that would give Pakistan nothing to show for decades of mobilising for its fellow Muslims in Kashmir.

Adding to the political complexity, the Indian state of Jammu and Kashmir consists of three distinct regions with sharply contrasting cultures and religious profiles: the Kashmir valley, the most populous part of the state and the heartland of Kashmiri culture, has a population of about seven million and is overwhelmingly Muslim; the Jammu region, with a slightly smaller population, has a Hindu majority; and the much more remote area of Ladakh, with a very small population, has cultural ties with Tibet and is itself divided between Buddhist and Shia Muslim areas.

In the last state-level elections in Jammu and Kashmir, at the close of 2014, the BJP emerged as a major political force there for the first time, becoming the dominant party in the Jammu region. But it made no impact at all in the Kashmir valley, where the upper hand in state elections has alternated between the two Kashmiri nationalist parties, both largely dynastic, which are willing to work within the Indian political system. In those elections, the People’s Democratic Party – sometimes described as ‘soft separatists’ – polled strongly. And against all expectations, the PDP and the BJP agreed to form a coalition administration at state level, with the PDP’s patriarch, Mufti Mohammad Sayeed – who earlier in his political career had been the first Muslim to serve as India’s home minister – as the chief minister. He described the alliance, with only a touch of hyperbole, as like the North Pole and the South Pole coming together.

The two parties agreed a minimum programme for their coalition government which emphasised dialogue and reconciliation, and appeared to suggest a willingness to pursue a political initiative to address Kashmiri grievances. Nothing came of it. And when in July 2016, a young armed militant leader, Burhan Wani – who had become hugely popular through social media – was shot dead by Indian troops, the Kashmir valley erupted in mass protests. Indian troops and paramilitaries responded forcefully. Scores of protestors were killed, and hundreds were injured by the pellet guns then routinely used by Indian troops to disperse demonstrations.

Since then, the level of violence has abated – but the anger of many young Kashmiris has not . For the first time in several years, the armed separatist groups have attracted a steady stream of new recruits. In the eyes of many Kashmiris, the coalition government – led, after Sayeed’s death, by his daughter, Mehbooba Mufti – was complicit in an insensitive and harsh approach to mass protests.

The Indian government’s appointment in October of last year of a former head of intelligence, Dineshwar Sharma, as its interlocutor in Kashmir, was the first sign of a willingness to recognise that Kashmir is as much a political as a security issue. The Ramadan ceasefire and Delhi’s stated openness to dialogue with separatists seemed to suggest a new approach. It didn’t last long.

The alliance between the BJP and the PDP was always awkward – and Mehbooba Mufti was less comfortable than her father in accommodating an ally which was a junior coalition partner but was also, because it formed the national government, hugely more powerful. She has argued forcefully against a ‘muscular’ security policy in Kashmir – and the ending of the coalition lifts some of the political constraints on Indian security forces should they wish to adopt a more determined policy against separatist militants. But the BJP’s main motive in bringing down the state government is probably political: the BJP’s local support base in Jammu had little sympathy for the PDP or its leader, and with national elections approaching in which the BJP’s overall majority in Parliament is under threat, the alliance had become an electoral liability.

The Indian government pointed to the killing of Shujaat Bukhari as an indication that their unilateral ceasefire had failed, and so as indirectly a factor in the breaking of the alliance. Bukhari’s friends believe he would have been horrified that his name was being used to justify the prioritising of a security policy over political dialogue.

Just hours before Bukhari’s death, and largely eclipsed by it, the Office of the United Nations High Commissioner for Human Rights produced its first ever report on the human rights situation across Kashmir. Although the UN was denied access on the ground in both sides of Kashmir, Indian and Pakistani, it produced a thorough and authoritative document, detailing concerns about security policy, allegations of sexual violence and custodial deaths, the use of pellet guns and the legal immunity enjoyed by Indian forces in Kashmir. It called for ‘a comprehensive independent international investigation of human rights violations’ in Indian Kashmir. The Indian government promptly rejected the report and its recommendations.

Andrew Whitehead is Honorary Professor of Politics at the School of Politics and Intenrational Relations at the University of Nottingham. He was previously BBC World Service Editor and the BBC’s correspondent in South Asia. He is author of A Mission in Kashmir. He tweets @john_pether. Image credit: CC by Wikipedia Commons.