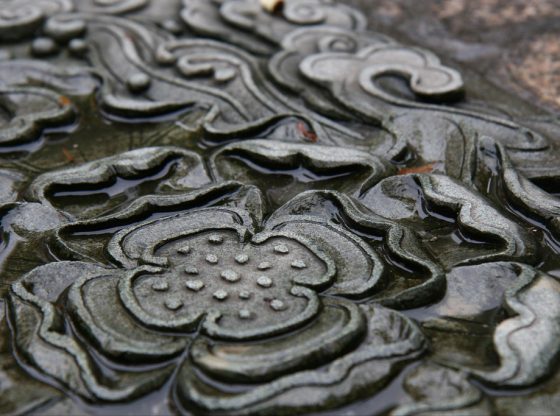 William Gibson’s quip, “The future is already here—it’s just not very evenly distributed,” makes itself profoundly obvious in a country such as China. The country has a highly sophisticated social credit-surveillance apparatus with facial recognition cameras around every corner, yet many homes lack indoor plumbing. Given this position of technical advancement, it comes as a surprise that posthumanism is not really a part of mainstream artistic discourse, given how enmeshed technology is in the everyday life of the average citizen.

In my research on posthumanism and Chinese contemporary art through my curatorial platform Foreign Bodies Project, I have found that of the artists exploring posthumanism (topics such as AI, machine learning, anthropocentrism, cyborgs and notions of human/animal consciousness), many are either a) very young b) in Taiwan or c) have studied or are living abroad. Working in this field in Mainland China are Chen Guo (Shanghai), Yiyun Chen (Shanghai), Tian Xiaolei (Beijing), Lu Yang (Beijing), Wangnewone (Beijing), Aaajiao (Shanghai/Berlin) and Xuan Ye (Xiamen/Toronto) among others. Taiwan also has a very active hub of artists exploring posthuman concerns including amongst others Pei-ying Lin (Taipei/Netherlands), Paul Gong (Taipei), Laza Wu Tzu-ning (Kaohsiung/Taichung) and Kuang-yi Ku (Taipei/Netherlands) with an interest in bio art and speculative design.

I thought it would be interesting to add another parameter to the equation—to explore artists exploring the posthuman through the lens of Buddhist cosmology. In 2016, I had the chance to exhibit a series of VR works and digital animations by the Beijing artist Tian Xiaolei, which explored topics such as the technoself, virtual communication as surveillance and the human struggle against the generative and often uncontrollable power of technology.

Organised religion represents another distinct element of human experience and Tian Xiaolei’s work often employs the trope of 1000-armed Guanyin—or a cyborg version thereof. The Buddhist deity is known to be a blessed granter of wishes. For instance, in the “Legend of Miaoshan”, Guanyin agrees to a marriage with a wealthy man on the condition that her father grant three gifts to humanity—the freedom of suffering from illness, ageing and death; no doubt transhumanists such as Ray Kurzweil, and his immortality cult, worship at a similar temple.

Tian’s most recent video work, “The Greatness”, moves away from the thumping sexualised aesthetic of “Unlimit”, taking on a much more philosophical tone. “The Greatness” evokes Buddhist themes through a re-envisioning of a mandala—the traditional Tibetan painting that offers a visualization of the universe—a theme common to these three artists. Tian Xiaolei’s mandala presents us with a collage of imagery which points to humanist traditions, scientific rationalism, Christianity and Buddhist beliefs, presenting an absurd vision where different philosophical and religious traditions are dissected and recombined in a constant generative evolution. A half-Buddha, half-astronaut spins around in circles; while on either side of him and a pair of Chinese couplets are reduced to gibberish as if the codes of religion and folk culture have been scrambled by the cipher of science. Meanwhile a prayer wheel powers a cog which activates the 1,000-armed Guanyin, whose head is a spinning brain, surrounded by a halo in a mobile mashup of form and philosophy.

The work opens with the image of a Da Vinci-esque “Vitruvian Man” being 3-d printed into existence—a very similar scene to the opening credits of the sci-fi western Westworld (of which Tian Xiaolei is a fan) and another humanist allusion, a riff on Michelangelo’s “Creation of Adam” (which coincidentally also appears in the episode 10 of Westworld).

While Michelangelo’s work might at once conjure up creationist narratives, the painting is, in fact, known for its hidden depictions of a womb and a human brain, representing developments in the understanding of anatomy which formed the beginnings of our understanding of consciousness. Almost as if in contemplation of this topic, an image of Rodin’s thinker with an orb in the place of his head sits inert while astronauts float helplessly through the cosmos. Orbital rings which surround many of the figures, reinforce this idea of the cosmos, but Tian Xiaolei’s image of the universe is not the ordered system we would find in an orrery (a mechanical model of the solar system).

This phantasmagorical fun-fair of symbols, a spinning slot machine of ideologies, shares a deep similarity with the works of the artist Lu Yang, who also uses Buddhism and folk culture as a prism to explore the realm of the posthuman. She portrays this kind of transition from Christian and Buddhist anthropocentric notions of creation, to scientific rationalism, biological determinism before swinging back down into a labyrinth of Buddhist hells in the work “Delusional Crime and Punishment”.

The work of the third artist, Pei-ying Lin takes us away from the grotesque and sensational imagery of the first two artists, using the trope of the mandala, to present a wholly new way of viewing the world. Using the brain as a focal point, “Kaleidoscope of the Universes—a modern mandala” takes the form of a scientific experiment documentary video. Pei-ying Lin uses her own brain waves to direct the cultivation of microbes in petri dishes in an effort to challenge anthropocentric understandings of the universe. Explains Lin:

For Tibetan Tantric Buddhism, the mandala is drawn by monks using colourful sand during a ritual, and immediately destroyed when the image is finished as the closure of the ritual. The mandala symbolises all the living creatures and the gods, the origin of universe, and its immediate destruction signifies the impermanence of existence. The mandala mirrors how the creators of the mandala understand the world, an image of the universe that was apparent to the people living back in the time.

Lin’s project essentially involves a re-tooling of the Buddhist anthropocentric ritual, to bring about a different kind of enlightenment, to make visible and real the microbial realm, which is largely invisible except to those in the scientific community. The project involves a ritual collection of microbes from grains of sand, sterilisation, correct microbial protocol (in a sense aren’t all rituals related to purity and cleanliness?), a meditative practice and ritual objects in the form of eye droppers and petri dishes.

The artist uses a microorganism printer to deposit the microbes into the petri dishes, but this printer is in-fact in communication with the artist’s own brain waves. She must maintain a state of meditation which is associated with alpha, theta and delta brain waves, which allows for an unaltered deposition of the microbes onto the agar jelly. The performance which was carried out over several weeks served to explore the dogmas and rituals associated with both Buddhism and scientific rationalism. At the same time, just as in Lu Yang’s work the human mind has a powerful impact on other beings which also occupy the same zone of experience, yet in Pei-ying Yin’s world, the omnipotent architects are neither a Christian God, nor a Buddha, but an army of microbes—information systems working in concert with each other which are impacted by human cognitive patterns, thoughts and actions. In the millions of illuminated manuscripts, western religions paintings, thangkas and mandalas, which have been produced over the past several thousand years, one would be hard-pressed to find a more accurate metaphor to describe the generative cycles of creation and destruction which govern life on earth.

Rebecca Catching is an independent curator and director of the curatorial platform “Foreign Bodies Project”. Specialising in contemporary Chinese art, her research interests include the intersection between contemporary art and Chinese philosophy (Learning from the Literati Series), globalization and the factory as a system (Assembly Line Project) and an ongoing interest in posthumanism. She has an upcoming research paper “Happy Dolphins, Happy Fish: Zhuangzi, Posthumanism and New Media Art Practice in Greater China” to be presented at the conference, “Posthumanism in Modern Chinese Culture” at the University of New Hampshire later this year. Image Credit: CC by Slices of Light/Flickr.