Video Policy Brief No 9: Including civil society in EU-China relations 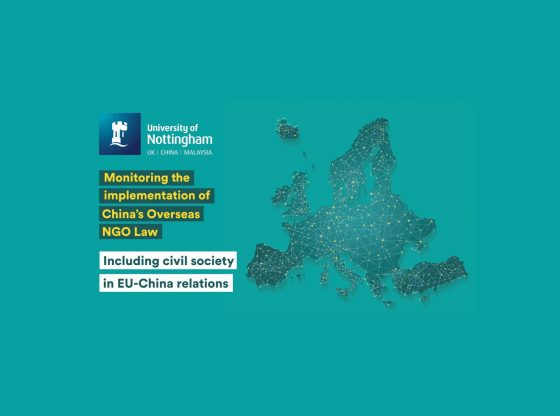 Our research project not only monitors and evaluates the state of implementation of China’s Overseas NGO Law but also aims to identify new and innovative approaches to critical, creative and constructive European China engagement.

In the past the EU has been criticized for its ‘unconditional engagement’ (Godement, 2008) with China, for being an ‘incomplete civilian power’ (Maull, 2010), and for ‘shifting away from liberal internationalism’ (Youngs, 2010). One does not have to agree with all of these criticisms to recognise that an exclusive focus on geopolitical and commercial interests undermines Europe’s search for a Common Foreign and Security Policy vis-a-vis China.

One example of a lack of imagination on the European side is the so-called EU-China dialogue architecture. Under the three pillars political, economic and sectoral and people-to-people dialogue there are now more than 70 seperate dialogues. These dialogues are so compartmentalised that it is almost impossible to mainstream cross-cutting issues such as governance, civil society, gender, or sustainability.

Recent research has also shown that despite the Lisbon treaty article 21 EEAS diplomats do not consider norm promotion as part of their remit. Due to the elite-driven nature of EU-China relations, the current dialogue architecture excludes key European and Chinese political and social actors; dialogue formats follow the logic of a ‘banking model of education’, where European and Chinese experts try to convince the other side of their respective wisdom; and the dialogue forums themselves are increasingly narrow, manipulative and mechanistic.

Dr Andreas Fulda is Assistant Professor at the School of Politics of International Relations, University of Nottingham. He tweets @AMFChina