The other xinshidai: Taiwan and alternative spiritualities in China 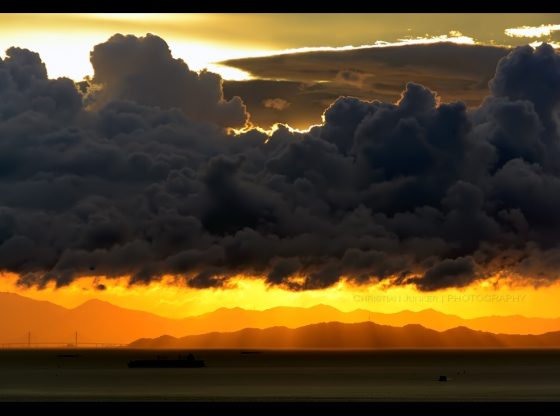 Wandering around Beijing in November 2017 I noticed a number of large banners proclaiming ‘Socialism with Chinese characteristics has entered the new era’ (中國特色社會主義進入了新時代). While President Xi Jinping’s new slogan from the recent 19th National Congress of the Communist Party of China prompted much speculation as to how the next five years (or longer) of his rule may unfold, I have a more esoteric interest in the characters he chose to describe the next phase of China’s development.

Xi’s ‘new era’ or xinshidai (新時代), uses the exact same three characters that late twentieth century publishers and promoters in Taiwan used to describe what they called ‘The New Age’. As suggested by its name, Taiwan’s New Age was a religious milieu that drew heavily on the texts and concepts promoted during the global post-hippie spiritual phenomenon known as the New Age. Taiwan’s New Age provided readers with a diverse range of philosophies and practices that they could use in their everyday lives; individual development would ideally precipitate societal change and, then, lead to global evolution.

Drawing on their exploration and experiences in the USA and Taiwan, the authors and translators C.C. Wang 王季慶and Terry Hu 胡因夢helped establish the New Age in Taiwan. (Many others also promoted New Age thought but Wang and Hu were the most prominent in its early years.) While a handful of local authors had already addressed topics related to self-help, personal development, alternative spiritualities and Western esotericism, Hu was the first to explicitly label these as ‘New Age’. In her book Ancient Future (古老的未來, 1990) she introduced readers in Taiwan to many of the core aspects of New Age culture, such as New Age music. Ancient Future was inserted as the number one book in the Fine Press’s (方智出版社) New Age Series, which after nearly thirty years continues to publish new translations.

After 1987, relations between Taiwan and China improved gradually (but by no means smoothly). As those based in Taiwan could now visit China, entrepreneurs of various types sought opportunities there. Religious figures were no different, with notables such as the late Nan Huai-chin (南懷瑾), Lin Qingxuan (林清玄) and Hsing Yun (星雲) of Foguangshan all now having significant presences on the mainland. New Age authors also had an interest in this massive new market, with Wang, Hu and some others eventually publishing in China.

I have written about Huan-ting zen (黃庭禪, HTZ), a group that innovatively adapted its philosophy and training methods to the political requirements and cultural expectations in China. HTZ blends ideas from traditional Chinese thought with scientific concepts and novel training methods — its practices involve a range of electronic media and even the highwire walking and abseiling of ‘action zen’. One of HTZ’s early proponents was Tiffany Chang (張德芬).

Born in Taiwan to parents who had escaped from China (so-called waishengren 外省人, or mainlanders), Chang was once married to the former People’s Liberation Army Airforce pilot Xiao Tianrun (蕭天潤, who in 1985 had famously defected to Taiwan), studied at the University of California Los Angeles and worked as a television news journalist. Like Wang and Hu before her, a series of personal difficulties led Chang to more closely explore spiritual approaches to life. By then Beijing-based, she made her name with the novel Encountering Your Unknown Self (遇見未知的自己, 2007) and a translation of Eckhart Tolle’s A New Earth: Awakening to Life’s Purpose (一個新世界：喚醒內在的力量, 2008). Chang’s publications were incredibly popular in China, with A New Earth selling 500,000 copies and Encountering Your Unknown Self selling more than a million. Through this success, she helped popularise the term shenxinling (身心靈, or ‘body, mind, spirit’, BMS). This new expression reflected the international move from ‘New Age’ to other names such as ‘mind, body, spirit’ or ‘spirituality’. While the name was new, the content was much the same.

BMS appeared to be growing in popularity in China until an event in 2012. Bhagwan Shree Rajneesh was a teacher from India whose dynamic and somewhat iconoclastic syncretism was globally popular during the 1970s and 1980s (the recent Netflix documentary Wild Wild Country is a fascinating account of his years in the USA). Posthumously known as Osho (奧修), his works were first translated in Taiwan in 1987. Gradually Osho found an audience in China, and an investigation found the application of his tantric teachings in Shenzhen to be sexually inappropriate. According to some teachers from Taiwan that I spoke to, as result of this event, the name BMS became more politically sensitive (it is still used in China, but after Shenzhen seems less popular).

So why is the New Age or BMS relevant to the study of religion in China today? As has been the case throughout the period of communist rule, religious activities remain subject to various levels of regulation, depending on the place and nature of practice. In this context of control, the New Age or BMS are active aspects of China’s religious sphere. While commonly expressing ideas that can be found in the realm of religions, the New Age and BMS are organisationally diffuse and not under the remit of any church, temple or organisation. To the extent that they adopt scientific discourses and draw upon elements of Chinese culture, they are less likely to attract undue political attention. In order to quantify their impacts, instead of trawling through government or NGO statistics, we might first look at book sales, workshop participation figures or various social media metrics. Magazine articles, online jottings and random book chapters can then provide more nuanced means to understand the motivations and opinions of those involved.

And what does Taiwan have to do with this? When examining the gaps and intersections formed by established religious and scientific discourses, we can gain rich insights into the complex spiritual and cultural worlds of contemporary Taiwan and China. Based on my research, cross-Straits links are common. We can see the ways in which innovators negotiate regulatory restraints and identify opportunities to provide spiritual solutions that appeal to modern Chinese. Teachers and authors from Taiwan have been able to test their ideas and refine their methods in a smaller market; going to China is no guarantee of success, but if they find the correct (and politically benign) balance of profundity, creativity and relevance, significant possibilities may arise.

Paul J. Farrelly graduated with a PhD from the Australian Centre on China in the World at the Australian National University in December 2017. He tweets at @paul_farrelly and is the Principal of the editing and consulting firm Capital Academic Advisory. Most of his writing on the New Age and New Religious Movements 新興宗教 can be downloaded here.