Recent Sino-Japanese Relations: How Long Will the Thaw Last? 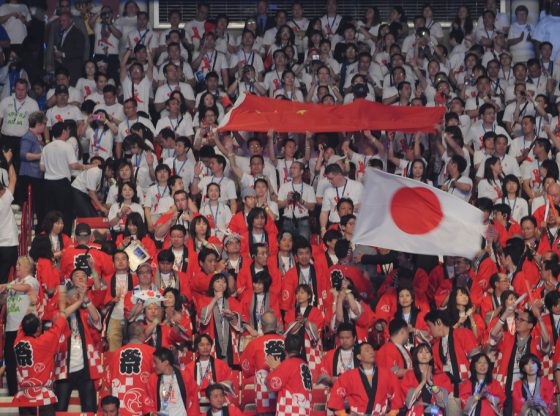 Relations between the world’s largest and second largest economies look a lot better compared with less than a year ago when Beijing’s China Daily opined that it was “no exaggeration to say that the past five years have been among the darkest days in Sino-Japanese ties since the two established formal diplomatic relations [in 1972].”  In May, Chinese Premier Li Keqiang paid a visit to Japan, the first such visit in eight years. The two sides signed several agreements, including a memorandum of understanding on setting up a maritime and air liaison mechanism that been under negotiation for more than a decade. A centrepiece of the agreement was the creation of a hotline, first agreed on in principle at a 2007 summit but never finalized due to differences of opinion on the sovereignty of the Japanese-administered islands known as the Diaoyutai in China and the Senkaku in Japan, and whether the waters around them would be included. The 2018 version left both issues in abeyance, agreeing that no geographic references would be included.

Premier Li also spoke at a ceremony commemorating the 40thanniversary of the Sino-Japanese Treaty of Peace and Friendship, toured factories, and visited Japan’s northernmost main island, Hokkaido. The two sides began talks to unify standards for electric vehicle stations. Since China is the world’s largest automobile market, adopting a common standard would give Japanese EV manufacturers a competitive edge over their American and European counterparts, who use a different system.

Sino-Japanese trade increased with the trade deficit between them narrowing. The number of Japanese convenience stores in China is now 1.6 times the number just two years ago, and the increase of Chinese tourists visiting Japan far exceeds the overall growth of tourism. Japanese sources indicated that Tokyo, the only Asian state heretofore unwilling to join the Chinese-sponsored Asian Infrastructure Bank (AIIB) or participate in Chinese president Xi Jinping’s One Belt One Road (OBOR) project, might be interested in taking part. In the words of negotiator Nikai Toshirō, the question was not if, but when.

Japan was perceived as the suitor in the quest for improved relations, with at least three factors involved. First, Prime Minister Abe Shinzō, facing re-election in the fall while embroiled in a domestic controversy about his alleged involvement in the sale of government land at cut-rate prices, could use improved relations with China as a diversionary tactic. A formal state visit by Xi Jinping would certainly attract much publicity, with the expected reciprocal visit by Abe to Beijing multiplying the public relations effect. Japanese uneasiness about future relations with Washington was a second motivation. Having expended considerable domestic political capital in making the adjustments necessary for Japan to join the U.S.-sponsored Trans-Pacific Partnership (TPP), the Abe government was dismayed when American president Donald Trump announced that he was withdrawing his country from the arrangement. Despite several well-publicized and apparently cordial visits between the two leaders, Abe had a reason for misgivings about future relations with the mercurial U.S. president: reducing Japan’s reliance on its closest ally seemed a wise course of action. Finally, Abe badly wanted the threat from North Korean missiles to be ended, as well as information from Pyongyang on Japanese nationals abducted from their native land to North Korea, since their fate is a highly charged emotional issue in Japan.  Given the client state relationship between China and North Korea, it is assumed that no resolution of these issues will occur without Beijing’s approval.

Beijing, bracing for a trade war with the Trump administration, had its own reasons for wanting a thaw in relations with Tokyo. Still, with Japan as a supplicant and the weaker of the two, Beijing had a clear advantage in negotiations which it did not fail to take advantage of. While Abe had hoped that Li would agree to a state visit by Xi, no such promises were forthcoming. Li made clear that better relations were contingent on Japan’s further acknowledgement of its behaviour in World War II  and its adherence to China’s version of the one-China policy, the latter being code for Japan’s agreement that Taiwan is a province of the People’s Republic of China. Japan, like the United States, has heretofore said only that it recognizes that this is the view of the Chinese government. Most recently, it angered China by objecting to Beijing ordering airlines to change their landing designations from Taiwan to Taiwan, China. Another reason for China’s reluctance to make a commitment for Xi’s visit was presumably to see whether Abe would be re-elected head of his political party, and hence continue as prime minister, in this fall’s election.

Nor was satisfaction forthcoming on the North Korean issue. Beijing’s nationalistic Global Times contrasted Japan’s participation in the 2003-2008 6-party talks on North Korea with its status of  “just a bystander” in Trump’s meeting with North Korean leader Kim Jong-un in 2018. Portraying Abe as “struggling with an outdated strategy,” the paper returned to the familiar mantra that “it is Japan’s duty to take responsibility for its aggression in history.”

While professing a desire to improve relations, each side took actions that indicated to the other that distrust continued to exist. Arguing against participation in OBOR, the conservative Japan Forward described the path of China-led investment as littered with corpses.  In contrast to envoy Nikai’s enthusiastic endorsement, the government indicated that Japan would participate selectively, citing concerns about the proper governance of the AIIB, the creditworthiness of other borrowers from the bank, and the transparency of projects. Japan would avoid aiding in the construction of ports which could be used for military power projection.  Chinese sources expressed concern that Japanese participation was an attempt to influence the program from within, professing a desire for friendship while “making a big fuss about the Diaoyu [Senkaku] islands.”

Each side expressed discomfort over military-related activities of the other. China announced that its second aircraft carrier had begun sea trials, with two more carriers planned, at least one of which will be nuclear powered, which the Japanese media characterized as heightening tensions in the region. China reacted to the news that Japan planned to equip its newest helicopter destroyer with a ski ramp, in effect making it into an aircraft carrier, as provocative and an unconscionable violation of the Japanese constitution. Chinese ships continued their presence in the waters around the contested islands as Japan continued efforts to form a countervailing coalition against Chinese expansionism, principally with Australia, India, and the U.S.

While the level of angry Sino-Japanese rhetoric has modulated considerably, there has been very little progress in resolving substantive issues. Whether recent developments represent the beginning of progress toward a solution or merely a temporary calm before the next storm remains to be seen.

The Future of Shanghai as an International and Cosmopolitan City of Culture
Incursions, Innocent Passage, or Costly Signals: Chinese Activity in the East China Sea