The implications of Najib Razak’s arrest for Malaysia: The good, the bad, and the ugly

Home /Corruption, Identity politics, Malaysia/The implications of Najib Razak’s arrest for Malaysia: The good, the bad, and the ugly 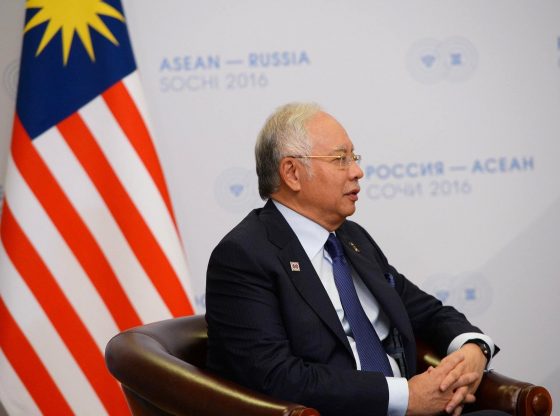 Former Prime Minister Najib Razak’s arrest follows Malaysia’s historic general election, which saw the first change of government since independence. It has come relatively quickly, with some netizens showcasing the extent of the fading of the indelible ink they still have on their fingers, following election day. The implications of Najib’s arrest, however, have both positive and negative dimensions.

The arrest followed a frenzy of speculation over the former Prime Minister’s role in corruption related to the One Malaysia Development Berhad (1MDB). In a now infamous process, money illegally flowed from the state investment fund into personal accounts (including, allegedly, Najib’s), as well as dubious business accounts through a number of companies. Malaysian police had a difficult time keeping up with the public and media’s appetite for news (and justice), especially regarding the extremely high-profile raids of properties belonging to Najib and his family members. His arrest came less than a week after police announced that 12,000 items of jewelry, 567 handbags and suitcases full of cash were among the stunning list of items seized. The day after, he was charged with criminal breach of trust and abuse of power, and the trial is expected in February 2019.

Najib and the United Malay National Organisation (UMNO) are … using the platform surrounding his arrest to try to increase divisions based on race and religion….

The obvious good is that Malaysians will, most likely, get justice for the widespread looting of their country. As it emerges that 1MDB was accruing massive debts and interest, which was being paid for by the finance ministry (of which Najib was minister), and national debt was worse than expected, many Malaysians are increasingly unhappy about the way in which their country’s money was used for personal gains. As such, Najib being charged brings some degree of closure for Malaysia’s citizens, and demonstrates that there is a rule of law and such looting will not be acceptable (presumably) in future.

On a wider level, the trial serves as a show piece that symbolizes that corruption is no longer acceptable, and that the Pakatan Harapan (PH – Alliance of Hope) government is clean. Prime Minister Mahathir has made many comments regarding transparency, the Malaysian Anti-corruption Commission (MACC) has been strengthened considerably, and amendments have been made to codes of ethics so that MPs must declare all gifts exceeding 500RM. Nothing demonstrates the new unacceptability of corruption more, however, than the charging of someone who was previously seen as untouchable. Presumably inspired by these events, there are many discussions occurring of an awakened consciousness about the evils of corruption, of which charges against those accused of grand corruption act as the frontline in the battle against it.

So far, however, there is a degree of inconsistency – especially if the new ‘rule-of-law’ only targets those linked to Najib and the previous regime. There is more endemic corruption, and there has to be a degree of reflection towards those that (now) serve PH. The rule-of-law cannot only be targeted outwards, but also has to be aimed inwards.

So far this is not occurring in a manner that belies criticism. Whilst corruption claims from the previous regime may be dubious and politicised, it is important that cases like Lim Guen Eng’s bungalow are taken seriously and investigated thoroughly. There have also been many defections to PH, and those that are defecting potentially for political expediency should also be thoroughly investigated to ensure they too were not undertaking corrupt practices. There has been relative silence over figures such as Taib, despite widespread allegations and calls from NGOs to investigate his massive wealth. There is a whole corrupt structure to dismantle, and PH will only succeed if they move away from criticisms that they are seeking revenge, rather than being serious about ending corruption in Malaysia.

The arrest and its surrounding events also serve as a warning to PH, that the significant ‘ugly’ challenges they were concerned about are coming to the fore. Najib’s response, both in the form of a personal video message and statements from his family, highlight his innocence in the frame of race and religion. His daughter argued that “you can paint a man black, but Allah knows”, and Najib ended his video (which featured clips of him praying) by stating “I will face all the challenges with strength. After all, Allah is all-knowing, merciful and caring.” His day in court witnessed supporters engaging in candle-lit vigils, singing ‘Allah Selamatkan Kamu’ (Allah save you), and heckling the Attorney General Tommy Thomas for not using Bahasa Melayu, the Malay language. A crowd-sourced fund set up to pay Najib’s bail and legal expenses met its target after only one day. These events, centered on the Malay race and Islam have a strong resonance in Malaysia, despite hopes that the win of PH showed a lessening of race-based politics. Najib (and UMNO) still have significant support.

This poses problems for PH, for potentially both their internal consistency and for their support basis. PH is a multi-ethnic coalition with supporters from all races. They cannot make the same appeals without causing significant issues due to the balancing act they have to maintain. Najib and the United Malay National Organisation (UMNO) are seemingly using the platform surrounding the arrest to try to increase divisions based on race and religion, which will only serve to damage the coalition. This is one part of a strategy which seems aimed at undermining the legitimacy of the PH government. Najib’s lawyers have also argued that the AG Thomas is not impartial, and that the charges are just a charade aimed at political revenge.

Najib’s arrest has been met, generally, with optimism. This is justifiable, as it symbolises that no one is above the law, and that corruption is being tackled with increasing seriousness. In a country that is suffering due to the widespread scale of corruption, this can only serve to be a good thing. It would be better if more investigations were carried out against the many other actors who may not be as hated by the PH government, to show that the government is serious and not just seeking revenge.

On the other hand, his arrest should not be seen as an end to his influence, and it must be recognized that Najib and UMNO are still able to mount significant challenges to PH’s success. UMNO has, in the past, thrived on ethnonationalism, and all signs currently point towards this continuing despite hopes that Malaysia would be able to move on from such a divisive political environment. PH has, generally, a programmatic focus, and is at less of an advantage when fighting on the battleground that UMNO is choosing due to the different viewpoints it has to consider. There is hope that Malaysia can move into the future unburdened by a problematic past. While the arrest serves as a potential for closure, however, it may also be used as a platform to prevent this progress from occurring.