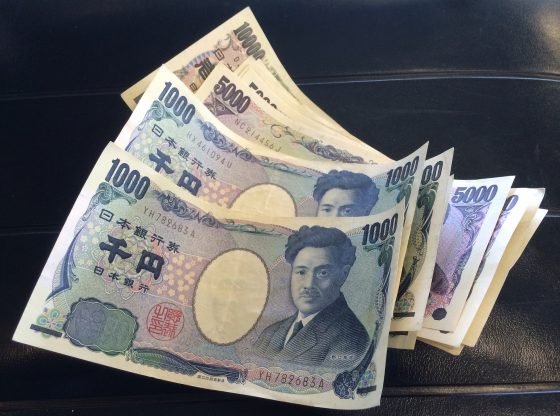 Sino-Japanese relations must be viewed within the evolving configuration of power in East Asia. The Summit meeting of President Trump and the North Korean leader, Kim Jong-un as well as the ascent of China as a global economic and military power have, in Japanese perceptions, called into question the efficacy of the defence treaties between Japan and the United States. The Japanese authorities fear that any agreement regarding the denuclearization of North Korea, with the connivance of China, could spell the disengagement of the Americans from Northeast Asia, with a resulting vitiation of the defence agreements between Japan and the United States. Japanese apprehension is fuelled by the projection of China’s political, economic and military power, a manifestation of which is the One Belt One Road initiative (OBOR), a modern-day Silk Road, designed to enhance Chinese influence through the development of infrastructural connectivity across Central Asia, linking the area with Europe. Significantly, in June 2017 Japan’s Premier, Shinzo Abe, stated readiness to cooperate with China in the OBOR initiative but to date, this is rather a tentative move. While ostensibly an economic initiative, the OBOR project has wider implications, representing a government-instigated resurgence of Chinese nationalism, a rallying call with which all Chinese may identify. While such a rally is controlled through government censorship lest it moves into areas antipathetic to Chinese Communist Party (CCP) policy, it may prove a means of diverting domestic attention away from problems of social inequality and potential dissidence at home.

In tandem, CCP leaders wish to create a China-led international order, a Pax Sinica, as opposed to the Western universal values of human rights and the rule of law. Related to this is the Made in China 2025 Plan, designed to ensure the utilisation and integration of civilian and military technologies. A further manifestation of Chinese nationalism, implicitly directed against Japan and rivalling its power and influence in Asia, is the Heroes and Martyrs Protection Law that prohibits criticism of the CCP’s anti –Japanese resistance during the Second World War.

To achieve these ends the Chinese leaders aspire to create a land and sea power, as evidenced by ongoing defence spending which given the often unreliable nature of Chinese statistics, may prove higher than actually reported. Apprehension on the part of the Shinzo Abe cabinet in Japan is being fuelled by Chinese fortification of atolls and reefs in the South China Sea, in spite of competing claims to sovereignty. The Chinese also claim the Diaoyutai or, in Japanese, the Senkaku Islands, currently controlled by Japan. In pursuit of these claims the Chinese Premier, Li Kejiang, pledged at a meeting of China’s National People’s Congress to increase defence spending by 8% over the coming year, with expenditure amounting to US$ 173.6 billion. In addition to the territorial issue, the Japanese perceive a potential threat to the country’s oil supplies, 70% of which currently pass through the South China Sea.

In response, Shinzo Abe has stated that Japan’s National Defence Program Guidelines were under review. The defence-oriented posture, enshrined in the 1947 Constitution, would be maintained but, given doubt over President Trump’s Asia policy, there was a need to increase the defence budget. So as to ensure capability for remote island defence and effectively counter China’s grey zone activities. While numerical comparisons may be invidious, as manpower calculations alone do not take account of the quality of personnel and hardware, Japan’s armed forces in number are at a disadvantage, given that China’s active military personnel (army, navy and air force) total 2,183,000 and outnumber Japan’s equivalent total of 247,150.

To date, however, and even before the conclusion of the Sino-Japanese Peace Treaty and the then lack of diplomatic relations, territorial issues have not precluded trade and, since 1978, investment between the two countries. Since Deng Xiaoping’s launching of China’s open-door policy in 1978 Sino-Japanese economic relations have evolved, necessarily taking into account the dictates of Chinese government policy. In the 1980s Japanese investment in China involved labour intensive manufacturing but since the 1990s the Chinese leaders have pursued high-tech value-added production, given the low wage competitive advantages enjoyed by other Asian developing countries like Vietnam. In spite, however, of the political strains which in the recent decade have periodically impacted on economic relations, the Chinese and Japanese economies remain complementary, offering prospects for future cooperation, even though higher labour cost and a downturn in China must be taken into account. The Japanese have strengths in such sectors as high-tech and smart manufacturing as well as biotechnology, that is, in areas where Chinese manufacturer need to increase productivity. This will undoubtedly prove a future trend; in contrast, Chinese imports for processing originating in Japan have been losing momentum, dropping from 20.4 % of total imports in 2002 to 16.1 % in 2012. Statistics confirm the presence of Japanese manufacturers in China, especially in high-tech value-added sectors like automobiles. As of 2016, there were over 32,000 Japanese firms located in China, significantly about half of the total Japanese companies expanding operations overseas.

This even exceeds numbers from the United States. In spite of the vagaries of the Chinese economic climate, about 80% of Japanese firms in China have reported profits, some suggesting profitability higher than from their operations in Japan itself. Such companies need to constantly adjust, especially because of rising Chinese labour costs and the more sophisticated demands of human resource management, needed to control knowledge workers. A growing area for Japanese manufacturers and services is cross-border e-commerce with increasing sales in China’s market. There is no doubt that China has profited from free trade, and one commentator has suggested that Sino-Japanese economic relations may be deepened through the Regional Comprehensive Economic Partnership (RCEP). Trade liberalisation through membership of such bodies as RCEP and the Trans-Pacific Partnership (TPP), the latter being an area where Japan aspires to a key role, may help promote such reforms as the restructuring of China’s state enterprises. Thus, Sino-Japanese economic relations are also conditioned by free trade agreements in Asia.

In summary, the territorial disputes between China and Japan remain unresolved, and Japanese defence policy will continue to react to Chinese military expansion, but current trends suggest that they will not preclude growing commercial links. Japanese trade and investment will, however nevertheless necessarily follow the evolution of China’s economic policy.