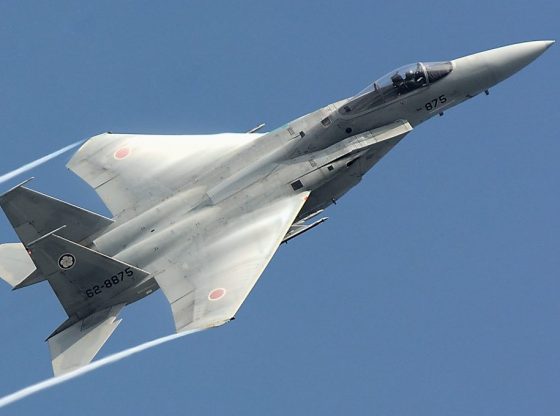 In the wake of North Korea’s top-level summitry with South Korea and the US, let’s be unfoundedly optimistic and make a bold prediction: North Korea is serious about denuclearizing and engaging positively with the international community. How would that affect the power dynamics in the East Asia region? Specifically, how would that affect the Sino-Japanese relationship?

This is obviously the best-case scenario. However, Sino-Japanese relations may also develop in a far more undesirable direction. If North Korea denuclearizes and starts engaging positively and sincerely with the international community, the official reason behind Japan’s military modernization the past two decades disappears. Ever since North Korea fired a missile over Japan’s mainland in 1998 and admitted, in 2002, to having kidnapped Japanese citizens, Japan’s military strengthening has continuously been justified by reference to the North Korean threat. While this threat has not been negligible, most serious security analysts have assessed that the real reason behind Japan’s quite formidable military modernization is China. Needless to say, if Japan were to become more open about its military balancing against China, this would very likely damage bilateral relations between Tokyo and Beijing.

Why has Japan not been more forthcoming about the motivations behind its military development? Quite frankly because Japan has faced the same paradox as so many other East Asian nations: while China is potentially the greatest military threat, it is simultaneously the biggest trading partner. This raises the question of how to balance militarily against China without jeopardizing economic relations. Japan’s solution to this problem has been simple, but effective. In the words of Christopher W. Hughes, Japan has been “super-sizing” the North Korean threat, turning North Korea into a “catch-all proxy threat to justify changes in security policy that are simultaneously driven by the greater long-term, but diplomatically unacceptable to articulate, the threat from China”. Unlike China, North Korea is a low-cost target for Japan since trade relations are non-existent. Similarly, Linus Hagström and Christian Turesson have characterized North Korea as a “perfect excuse” for Japanese security policy changes that in reality have been aimed at China.

So, what would happen if North Korea now were to be integrated into the international community and this “perfect excuse” for a Japanese military build-up disappeared? The least likely scenario would be that Japan slows down its military modernization in tandem with the reduction of the North Korean threat. This is unlikely because, in the eyes of security planners in Tokyo, the “real” threat still remains. A more likely scenario is that Japan will be compelled to explicate the real reasons behind its military strengthening. In other words, it would become more open about its perception of China as a military threat.

This is something Japan traditionally has been very reluctant to do. Even during the years of Prime Minister Koizumi Junichiro (2001-2006), when Sino-Japanese relations arguably were at their worst, the Japanese government refused to label China as a threat. Instead, Koizumi insisted time and again that China was an economic opportunity for Japan. However, at the same time, he gave orders to begin Japan’s development of a missile defence system – a major security policy change that was justified exclusively by reference to North Korea. This pattern has repeated itself for almost 20 years. To be sure, the official discourse on China is warier today than during the Koizumi days, but the reluctance to label it as a security threat is still intact. North Korea, on the other hand, has explicitly been labelled as a threat in Japan’s defence white papers since 2006.

In 2015 the Japanese government passed security legislation that, among other things, overturned a more than 60 year-long ban on collective self-defence. It was unquestionably one of the most radical security policy developments in Japanese post-war history. The government frequently justified the security legislation by reference to the North Korean threat. However, when the government presented hypothetical scenarios that would trigger the new security laws, one couldn’t help but feel that China seemed like the more pressing concern. One of the scenarios, for example, involved “unlawful actions on remote islands” – an obvious reference to the contested Diaoyu/Senkaku Islands.

Even if North Korea disarms to the point where it could no longer realistically be framed as a security threat, we would probably still see a reluctance in Tokyo to explicitly securitize the China threat. However, critics of Prime Minister Abe Shinzō, especially critics with pacifist leanings, would probably demand to know the rationale behind the government’s continuous stretching of constitutional security constraints in the absence of a clearly designated threat (much like critics on the left did after the end of the Cold War). This could force the government to become more vocal about its China concerns, which in turn would lead to a deterioration of Sino-Japanese relations. Even if the Japanese government managed to maintain a line of silent and unaddressed balancing, China would probably demand, in a highly public and confrontational manner, that Tokyo clarify who it is balancing against. Very recent history has shown us the dramatic steps Beijing is willing to take if it feels that another country’s military measures are secretly aimed at China.

When South Korea decided in the summer of 2016 to introduce the American THAAD missile system as a defence measure against the North Korean missile threat, China perceived it as a thinly veiled attempt at swaying the regional military balance in favour of the US and against China. It responded with devastating sanctions against South Korean businesses in China and eventually managed to extract major South Korean concessions on the THAAD issue. In the absence of a clear North Korea threat, it is not unreasonable to assume that Japanese military strengthening would trigger similar aggressive Chinese responses against Tokyo.

This is not to say that North Korea’s détente with South Korea and the US is a bad thing. On the contrary, it should be warmly welcomed as it may result in the peaceful resolution of one of the longest-lasting conflicts in the world. However, we should be aware that the disappearance of the North Korea threat may uncover hidden sources of antagonism in the region.

The Documents of Nanjing Massacre, Opening up UNESCO as a New Arena for History (Heritage) Wars
Responses to the sharing economy in Japan and China