Responses to the sharing economy in Japan and China

Home /China, Japan/Responses to the sharing economy in Japan and China 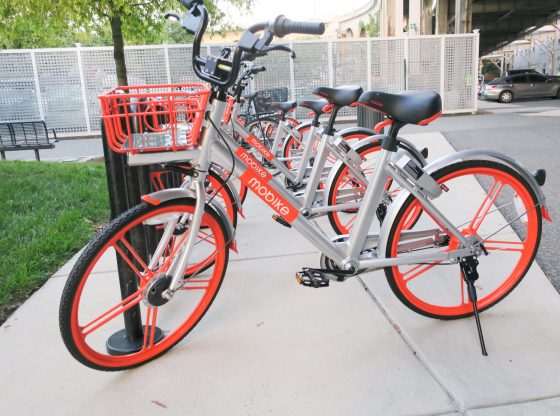 The concept of “sharing economy” was first proposed by Botsman and Rogers’ book “What’s Mine is Yours,” which was published in 2010. The emergence of internet platforms that aim to make use of and generate revenue from idle resources in society, such as ridesharing platforms like Uber and Lyft and lodging platforms like Airbnb have heightened the public awareness of the sharing economy.

China was quick to embrace the sharing economy. Uber started its ridesharing platform in China in 2014, and Didi started to add private car owners to its taxi fleet that would respond to customers’ requests through its smartphone app in the same year. Local governments were at first restrictive of ridesharing because it would disrupt the business of taxi companies, which in many cases were owned by local governments. However, in 2015, under pressure from the public who complained about taxi shortages, the government and media permitted the entry of private car owners into taxi service. Billions of dollars of investment from Alibaba, Baidu, and Tencent poured into ridesharing platforms. According to Didi Chuxing, which commanded 75-per cent share of ridesharing business in 2017, there were 21 million drivers that provided rides through its platform in June 2016 and June 2017.

Another field of the sharing economy that developed very rapidly in China was bicycle sharing. In the autumn of 2016, bicycles that can be borrowed by only two touches of a smartphone screen started to appear on the streets of Shanghai, Beijing, and Shenzhen. Bicycle sharing has spread very rapidly since then, and in July 2017, there were 70 companies running bicycle sharing services, deploying 16 million bicycles throughout the country. The emergence of bicycle sharing has changed the transportation structure in Chinese cities. Before its spread, 29.8 per cent of people that went out used cars or taxis, but the share dropped to 26.6 per cent after the emergence of bicycle sharing services. Although the flood of shared bicycles sometimes makes the streets look quite untidy, local governments did not try to regulate bicycle sharing until the autumn of 2017, because they expected that the system would help ease serious urban problems such as traffic jams and air pollution. The concept of sharing economy has stimulated the rise of several other unique services in China such as “kitchen sharing” and “mobile battery sharing.”

In stark contrast with China, Japanese society has been quite indifferent to the sharing economy. Public awareness of it remains very low mainly because most people have never experienced nor witnessed any examples of the sharing economy. Ridesharing services are banned throughout the country with the exception of a small town in Kyoto Prefecture, where no other means of transportation is available for people without cars. With strong pressure from taxi companies, the government does not plan to allow private car owners to provide ride sharing for profit. Some Chinese ridesharing platforms dared introduce Chinese car owners living in Japan to Chinese tourists. But such “misconduct” was quickly detected and reported by anti-China journalists, who urged the police to crack down on the “illegal taxi drivers.”

Another field of the sharing economy which has prospered in China and many other countries but not so much in Japan is lodging intermediaries. Since the start of Airbnb’s operation in Japan in 2014, lodging platforms stealthily and gradually expanded their networks in Japan. While most Japanese tourists continued to stay in conventional hotels, foreign tourists who were looking for cheap lodging used these platforms. Along with Airbnb, China’s Tujia also provided information on lodging in Japan to Chinese tourists. Being aware of such developments the Japanese government felt the necessity to set rules for private lodging and promulgated the Law on Residence Lodging Business in June 2017. The promulgation of this Law, which has been in effect since June 2018, raised public awareness of private lodging, triggering opposition from the media and conventional hotels. Some media outlets started to state that private lodging was illegal and even called the public to “report to the police when you see foreigners carrying suitcases in residential districts.” Such reactions led many local governments to impose strict rules on the registration of private lodging on top of the Law which was also strict. While there were 60 thousand lodgings in Japan listed in Airbnb’s website in the spring of 2018, only 3,728 lodgings were registered at the government on June 15, 2018, when the Law became effective, meaning that all others would become formally illegal. The Law has almost extinguished private lodging in Japan.

Bicycle sharing services have been provided in several cities in Japan on a much smaller scale than those in China. Docomo Bike Share, a subsidiary of the mobile telecommunication operator NTT Docomo, has contracts with ten wards of Tokyo and several other major municipalities to operate bicycle sharing services. However, the size of its service remains very small. Docomo deployed 6,553 bicycles in Japan at the end of 2017 and its bicycles were used 3.5 million times during 2017, which were only 0.13% and 0.04% of the size of deployment and usage of Mobike, one of two major bicycle sharing providers in China. Although Docomo’s bicycles are rarely used, their bicycles cost at least 10 times more per unit than those used by Mobike. Docomo’s bicycle sharing service is unsustainable without continuous subsidization by local governments.

However, bicycle sharing has attracted the interest of several other local governments and companies in Japan. Prominent internet companies such as Mercari, LINE, and Softbank have announced their plans to enter the business. These companies are inspired by the success of bicycle sharing in China. LINE, the dominant social networking service provider, has a contract with Mobike to provide services in Japan. Three cities in western Japan, Kitakyushu, Otsu, and Wakayama, has recently made a contract with Ofo, the other major bicycle sharing provider in China, to operate bicycle sharing services. With the entry of these companies which are poised to introduce their know-how developed by business experience in China, bicycle sharing as a business may take off in Japan. If it does succeed, it will become the first case of the Japanese people realizing the potentiality of the sharing economy.