Toward A Critical Study of Racialization – Notes from West Asia 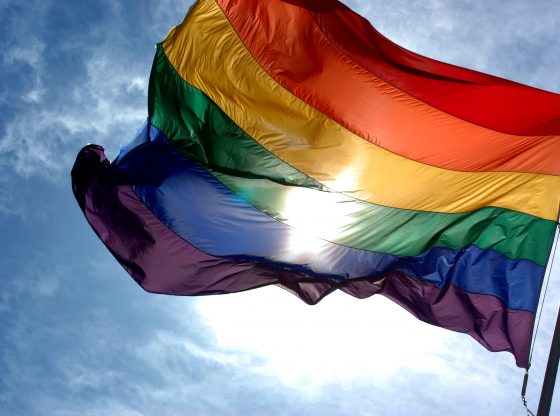 Lebanon is quickly becoming a major site for the production of knowledge on gender and sexuality in the Middle East (hereafter West Asia). Home to various feminist movements, LGBT organizations, and rising queer feminist academic scholarship, it offers relevant insights for the entire region on questions of the post-colonial condition and its gendered and sexual aspects.

Our West Asian communities continue to suffer from their colonial past and modern imperial relations, however, we must also take notice of how we are reproducing similar violence … within our homes.

Fundamentally missing from studies on Lebanon, however, is an adequate theorization of the process of racialization and its intersection with gendered sexualities. As scholars of sexuality in West Asia, we often rely in our theorizations on the idea that race is a product of the colonial era, continuously upheld by modern imperial interventions in the region. While this is true, regimes of racialization – that is, systemic differentiation and discrimination on the basis of a constructed racial difference – are in fact central to the making of social inequality in Lebanon today. These racialization processes are intimately tied to the colonial legacy, but are being reproduced contemporarily against invented “others” in our own communities. I employ the case of foreign domestic workers as well as “queer” Syrian refugees to illustrate the workings of contemporary racialization in Lebanon.

Thousands of women from Sri Lanka, Bangladesh, the Philippines, Ethiopia and Kenya, among others, work in predominantly (marital and heterosexual) family households as domestic workers in Lebanon. Legally, these workers are bound to the families they work for through the kafaleh (sponsorship) system which obliges them to submit to the family’s full control. Movement limits, unreasonable working hours, underpay and exploitation, as well as threats of physical and sexual abuse are staggeringly common in their experiences, while legal accountability remains non-existent.

Sexuality and gender remain central to this system of racialized inequality. Expectations of submissiveness, obedience, of being single and refraining from sexual relations while employed, are clearly gendered requirements and forms of sexual policing. The modern middle class heterosexual Lebanese family has hence come to rely on this systemic racialization in upholding its own heterosexual patriarchal and gender regime.

The recent story of a Kenyan woman who was severely beaten by Lebanese men on the street and then arrested to be deported demonstrates the extent to which society as well as the government treat these working women as inferior others. A combination of class, gender, and race are hence primary for establishing a regime of racialized inequality. As a relation rooted in labour migration, domestic work depends on gendered ideas of women’s submissiveness and underpay through which racial discrimination becomes systemic. Although the connections between race, gender, and labour are increasingly rendered visible by activists and community members in Beirut, we still need to do more work to understand the centrality of this racialized inequality to the workings of gendered sexualities in Lebanon.

Refugees as a “queer” threat

The current refugee crisis has significantly contributed to re-writing the racialized script of systemic inequality. With over 1.5 million registered Syrian refugees, new narratives about refugees as foreign others, rapists, and sexual deviants have emerged. The history of Syrian presence is multi-layered in Lebanon.  Syrian men occupied the country through direct military presence for years, while at the same time over a million Syrian workers have worked in Lebanon in construction and agriculture. The refugee crisis (a result of ongoing war in Syria) enabled a shift from the figure of the Syrian soldier-occupier, the worker, to the unwelcome refugee. Much like the Palestinian refugee in Lebanon, the Syrian refugee figure became marked as an internal other using familiar racialized and sexual tropes.

In Lebanon, we can notice how public discourse is increasingly locating deviance and threat in both queerness and Syrianness. Various cases of arrests and raids on establishments known to serve primarily “gay” and “queer” men and women (many of them Syrian nationals) over the last few years have revealed the interaction between sexuality and racialization. This includes the illegal raid on the “queer” Ghost nightclub by one municipality’s mayor, the closure of the “gay” Cinema Plaza, the raid on a local bathhouse Hammam al-Agha, as well as daily violence that results in the arrest of Syrian gay men and transwoman alongside their poor Lebanese counterparts. Although each case has its own specificities that must be analyzed in regards to class and sectarian geographies, the effect is the solidification of an argument for the non-belonging of Syrians, “queers”, and “queer” Syrians in an imagined heterosexual Lebanon, and reaffirming their otherness.

Lebanese activists have addressed issues of racialization head-on such as in the “Anti-Racism Movement”, networks of migrant communities, and several feminist circles.    Those of us working on gender and sexuality must engage with their work to better understand the building of this system in Lebanon and West Asia. Alice Walker’s concept of “colorism” can also offer us clues as to how to begin incorporating an analysis of racialized inequality in our work. “Colorism” was originally meant to capture race-based discrimination and differentiation within the same racial group. Yet it can be extended to examining the production of racialized inequality in postcolonial settings. Using the concept in the Lebanese setting and seeing if and how it can capture the complex dimensions of the racialization process currently underway may lead us to deeper theorizations of queerness, sexuality, and the gender regime itself in Lebanon. Our West Asian communities continue to suffer from their colonial past and modern imperial relations, however, we must also take notice of how we are reproducing similar violence, beginning within our homes.

Adriana Ahmad Qubaia-ova is a PhD Candidate at the Department of Gender Studies in the Central European University in Hungary. In her doctoral work, she examines modern factors shaping non-normative (“queer”) gendered sexualities in Lebanon, such as fast paced NGOization and the Syrian refugee crisis. Her Dissertation is titled “Conceptualizing Non-Normative Sexualites in Beirut” and is based on extensive ethnographic fieldwork in Lebanon. The Author would like to acknowledge and thank Alexandra Ghit, AlHakam Shaar, and Racha Younes for their edits and insightful comments.

This article forms part of the Asia Dialogue edition of Queer Asia, in collaboration with the conference and film festival held at the British Museum, SOAS University of London, University of Warwick and UCL from 25 to 29 June 2018, exploring LGBTQ+ issues in Asia on the theme of “Bodies X Borders”. Image Credit: CC from Wikimedia Commons.

The Politics of “Displaying” China: The British Museum and Modern China
Chinese Cosmopolitanism and the Risk to Queer Identity