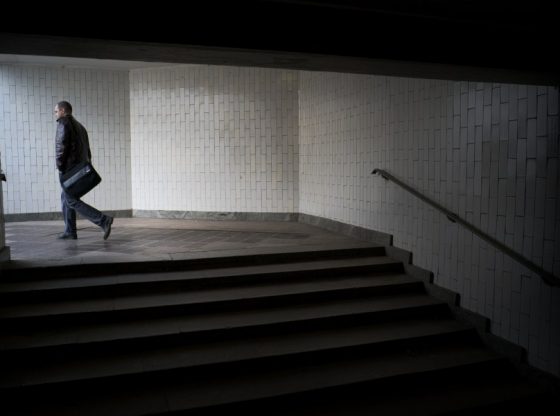 This is part two of a two-part post. Part one can be reached here.

To examine such links and their meaning in greater detail we will explore the British links as an example. The group includes Lord Davidson of Glen Cova, the most prominent Briton. Davidson’s involvement with China goes back to at least 2008 when he represented the UK at the Boao Forum for Asia. Since then he has taken part in various Chinese state events including a number on RMB internationalisation. As well as holding a position on the IMR Advisory Board, Davidson has taken part in at least one IMI international forum, has given lectures for the Confucius Institute in Scotland and has raised eyebrows amongst colleagues with his controversial views on Tibet. Given the questions raised here about the precise role and purpose of the IMI in terms of influencing and co-opting useful foreign elites, Davidson’s efforts to garner support for the internationalisation of RMB, as well as the arenas in which he has made his case, are potentially troubling for the UK. During the debate “China: Investment into the United Kingdom” in the House of Lords, 7 May 2014, Davidson argued:

Renminbi settlement and clearing house developments are clearly positive, although they have not gone the full way as yet. More effort is plainly required. Singapore recently surpassed London in renminbi business. Paris, Frankfurt and Luxembourg all have ambitions to be renminbi centres. Her Majesty’s Government should take the initiative now. They should consider a currency swap—a real one, this time, not simply an emergency backstop—that creates liquidity on the market now. Another initiative might be purchasing renminbi for UK reserves. Her Majesty’s Treasury could do that, and it would be a step forward. The Bank of England says that it is not for it to decide this issue and that it is for the Treasury to decide. If the Treasury wants to make imaginative steps forward in our relationship with China, adding renminbi to the UK reserves would be a very substantial step. I commend that to the Minister, at least for consideration, although possibly it does not fall within his responsibilities. Many good speeches have been made on the theme of London as an offshore renminbi centre and some real progress has been made, but London has to regain its momentum to improve renminbi liquidity in the London market to make London in reality the—not a—major offshore renminbi centre.

As well as raising the issue in the Lords, Davidson has twice written to the Financial Times to make similar arguments (in 2012 and 2016). He bemoaned the Bank of England’s lack of action on a currency swap, going on to say “London’s role as the pre-eminent global financial centre is not well served by the BoE’s apparent intransigence. It acts as a fetter on the development of London’s renminbi markets. Nor is such intransigence easily understood in China”. In the aftermath of Brexit he argued the UK should look to sign a free trade agreement with China, stating that the UK was well placed given “the welcome to renminbi markets and the initiative to join the Asian Infrastructure Investment Bank”. He lists areas of potential difficulty before reminding readers that “experience teaches that where the political will is present on both sides swift acceleration to completing an FTA is achievable”. Davidson follows a similar line in his speeches for the IMI directly, telling his audience in 2017 that as China improves its economic status, the western capital market will be more and more willing to participate in the Chinese market. He made clear, according to the IMI literature on the event that “in the future, the RMB will definitely become a global currency and a normal international currency”.

Another prominent Briton involved with both IMI and IMR is David Marsh, though his links reveal more about institutional cooperation. As well as being a CBE, balancing a number of high-level finance positions and publishing multiple books on politics and finance, Marsh is the Chairman and Co-Founder of the Official Monetary and Financial Institutions Forum (OMFIF). Marsh also serves on the International Committee of the IMI and the Editorial Board of the IMR. In addition to his IMI activity, he met in summer 2017 with Chinese Ambassador to the UK, Liu Xiaoming. The Chinese Embassy reported the meeting positively stating that Marsh said “China has made steady progress in economic growth and RMB internationalization, making [an] important contribution to the balanced and diversified development of the world economy” noting that “Ambassador Liu briefed them [Marsh and other business leaders in attendance] on China’s economic and financial situation and spoke highly of the role played by the OMFIF as a bridge in promoting cooperation between China and the international financial community”. Links to a group like OMFIF offer much sought after legitimacy to the IMI and IMR. Consider, for example, the effect of Marsh’s piece written for the Dow Jones and Co. MarketWatch website: “A possible conflict between China’s international monetary ambitions, on the one hand, and, on the other, the need to keep the economy on an even keel was highlighted in a seminar on the SDR [Special Drawing Right – an international reserve asset] and the renminbi organized in Beijing last week by the International Monetary Institute of Renmin University and central bank research group, the Official Monetary and Financial Institutions Forum”. He goes on, “the general consensus at the Beijing seminar was that, from a technical point of view, the renminbi was probably well on the way to SDR membership”.

The amount of overlap between OMFIF, a respected, independent British think-tank, and the IMI, a Chinese group that, as demonstrated, holds veritable links to CCP global opinion influencing machinery, is quite remarkable. The table below demonstrates the level of enmeshment by listing the individuals who hold positions (or relationships of some form) with both bodies.

This is but one case of many. That Chinese party-state organs are reaching further and deeper into the core of western states is not in doubt. The question for Britain and her partners is whether their high-ranking citizens and institutions are sufficiently aware of the campaign that intends to align their interests with those of the Chinese Communist Party’s United Front Work Department.

Martin Thorley is a PhD candidate at the University of Nottingham exploring international engagement with China, particularly Sino-British relations. He is also an editorial assistant for The Asia Dialogue. He tweets @METhorley. Image Credit: CC by Alex Naanou/Flickr.

Shadow Play: Elite Chinese State Influence Strategies and the Case of Renminbi Internationalisation – Part One
Why the Centre wants Supreme Court to stick only to sexual rights of LGBTQ community