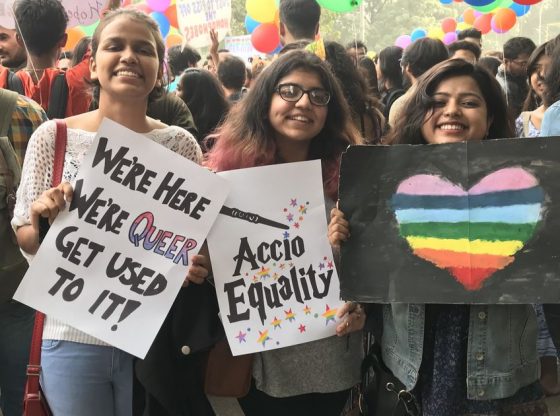 The Centre on Wednesday urged the Supreme Court to confine itself to the question of sexual rights in the cases relating to decriminalisation of Section 377 of the Indian Penal Code.  This provision makes “carnal intercourse against the order of nature” illegal, which by implication criminalised homosexual sex.

In an affidavit filed on behalf of the Union Home Ministry, the Supreme Court was informed that the Centre would leave the question of decriminalising consensual homosexual sex to the wisdom of the court. This essentially means that the Centre neither supports nor opposes Section 377.  However, the Centre said that if the court wanted to deal with any other aspect of civil rights, it would want to file a detailed affidavit, for which wider discussions were necessary.

The Centre seems to have taken this stand for two reasons. First, it does not want to carry the blame of decriminalising homosexuality and has decided that the courts should carry that burden. Given that the strongest opposition to legalising homosexual relationships has come from religious figures and Hindutva ideologues, this stand of the government was expected.

Second, in asking the court to restrict the proceedings to Section 377, the Centre appears to be worried about the effect same-sex relationships would have on a gamut of laws which are fundamentally based on religious customs. These include laws governing marriages and inheritance. Any change to these laws would have a profound impact on the very concept of family in the Indian context. Perhaps the Centre is apprehensive of a public backlash against such changes – when the battle would move to the Parliament.

There are two important sets of laws which regulate family life in India: laws relating to marriages and those governing inheritance and succession.  The Hindu Marriages Act, for example, does not prohibit same-sex marriage. The condition for Hindu marriage under Section 5 of the Act is that it should be solemnised between any two Hindus, subject to the prohibition clauses which define blood relationships. For example, incestuous marriage is prohibited.

However, while the law defines Hindu marriage as marriage between any two Hindus, the law is not interpreted in a literal sense. Terms like wife, husband, bride and bridegroom are spoken strictly in a heterosexual sense. Therefore, as the law and interpretation currently stands, a Hindu marriage is always between a man and a woman. Consummation of the marriage has also been interpreted as sexual intercourse between a man and a woman.

Likewise, Muslims and Christians have their own marriage laws, under which too the legal assumption is that the marriage is between a man and a woman. This applies to the Special Marriages Act as well.  Inheritance laws of these communities depend heavily on the concept of marriage, which is seen as central to the very idea of family life.

While there is nothing under the law that stops a person from giving away their property to another person through a will, the problem arises in non-testamentary successions or when a person dies without making a will, in which case the properties are divided as per the provisions under the Hindu Succession Act. The Muslim personal law governs succession among members of the community, which too is formulated on the basis of marriage between a man and a woman.

Since Indian laws currently do not recognise same-sex marriages, such a union is bound to raise questions of succession. For example, since same-sex marriage is unrecognised, could the properties of a man or a woman automatically go to the spouse of the same sex in case of a death where a will does not exist? Currently, there are no definitive answers to such questions. This would also apply to businesses that are defined as Hindu Undivided Family.

All these questions would need the intervention of Parliament. If the LGBTQ community is to have the same rights as that of any citizen in India, the laws have to be amended to first recognise same-sex marriage and then rights like succession.

For the Bharatiya Janata Party that lays great emphasis on “Hindu culture and traditions” and family values, this could become a virtual minefield that it would be forced to navigate. But this is not confined to Hindu tradition alone as marriage and succession are sensitive topics among all communities. Therefore, to avoid such a predicament, it has urged the Supreme Court to deal only with decriminalisation of consensual homosexual sex and not go into any other aspect. Essentially, this is a strategy to buy time given the impending elections next summer.

Sruthisagar Yamunan is a Scroll.in writer. This article was originally published on Scroll.in as part of the ongoing coverage of the decriminalisation efforts around Section 377 in India. This article forms part of the Asia Dialogue edition of Queer Asia, in collaboration with the conference and film festival held at the British Museum, SOAS University of London, University of Warwick and UCL from 25 to 29 June 2018, exploring LGBTQ+ issues in Asia on the theme of “Bodies X Borders”. Image Credit: Scroll.in staff