What will be the state of the federation in Pakistan after the elections?

Home /Elections, Federalism, Government, Pakistan/What will be the state of the federation in Pakistan after the elections? 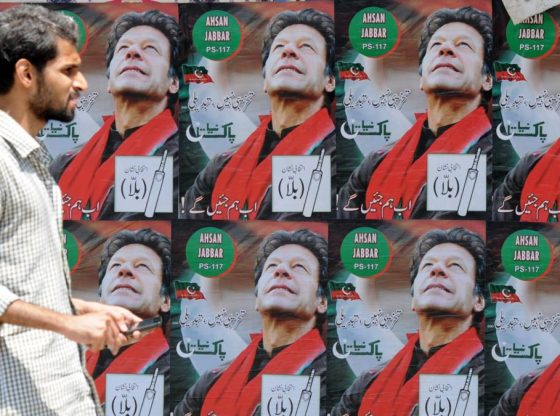 The elections in Pakistan have been newsworthy for many reasons, not least the crackdown on the media and the imprisonment for ten years (for owning assets beyond his known means) of former Prime Minister Nawaz Sharif. But what do these elections tell us about the structure of the federation as a whole? In this article, I analyse the prospects for the division of Punjab province.

Pakistan’s federation is a lopsided one. Even after the recent census and the redistricting process, the majority of the population resides in one province – the Punjab. Historically, this has been where the majority of government expenditure has been concentrated (even before the secession of Bangladesh). The 2009 7th National Finance Commission changed the proportions allocated between the provinces slightly but Punjab continues to be the beneficiary of the lion’s share of investment. Contrary to the narrative within Pakistan, the China Pakistan Economic Corridor (CPEC) projects are not only based in the Punjab (Punjab has 5 compared to Sindh with 7, Balochistan with 3 and Khyber Pakhtunkwa with 2). However, as my research with Filippo Boni has shown, the infrastructure projects in Punjab have been prioritised for quick completion compared to those from other provinces. This is both a function of the urgency given to the completion of the projects by the provincial Chief Minister Shahbaz Sharif, but also because many of the projects in other provinces are long-term hydropower projects. Notwithstanding the reasons behind their quick completion, an anti-Punjabi narrative is expressed in much of the country.

Data calculated from http://www.cpec.gov.pk/index# on 10 June 2018. Projects have been allocated to the province(s) in which they are located, therefore some projects are double counted.

Punjab province returns the majority of seats to the National Assembly. Of the 272 National Assembly seats that are filled by direct election, 141 are elected from Punjab. This not only means that politicians (other than those belonging to small regional parties) prioritise the Punjab in their election campaigns but also contributes to high levels of resentment against Punjab. One provincial politician used the phrase the ‘evil Punjabi empire’ in an interview with me.

Unlike its neighbour India, Pakistan has eschewed creating more provinces. The idea of creating provinces along ethno-linguistic lines is feared by its Establishment, concerned that recognition of cultural identities would undermine the unity of Pakistan. As I have written elsewhere, the recognition of alternative forms of identity in India has strengthened rather than weakened the federation (although this argument does not apply in Kashmir nor in the NorthEast of the country where the Indian state rules with an iron fist).  The larger number of states in India (currently at 29) allows coalitions to form between states on different issues – therefore mitigating the chances of an anti-centre narrative emerging. States in the south of the country may unify against New Delhi on issues such as the imposition of Hindi, but argue between themselves over sharing river water.  The smaller number of provinces – four – in Pakistan, prevents coalitions from forming and, together with the demographic dominance of the Punjab, ensures that an anti-Punjabi/centre mentality prevails in the non-dominant provinces.

In the 2018 campaign, much has been made of the need for the creation of a new province from Southern Punjab. This is a poor, underdeveloped region where the population speaks Seraiki rather than Punjabi.  This demand has been raised in previous elections. However, despite being accepted by the Punjab provincial assembly in 2012 and then passed by the Senate, the PPP led coalition government lacked the two-thirds majority in the National Assembly to push it through. Since the election of the PMLN under Nawaz Sharif in 2013, no moves were made to create the province. The reason is not hard to discern. Any division of the Punjab undermines the PMLN’s power base (despite the PMLN committing themselves in their 2013 manifesto to the creation of a Hazara, South Punjab and Bahawalpur provinces).

The desire to divide the PMLN’s powerbase is one reason why the main challenger to the PMLN in these elections – Imran Khan’s PTI – included the demand for a new province in south Punjab prominently in their manifesto (and the PTI subsumed a party – the JPSM – committed to the creation of a South Punjabi province in May). However, it is notable that the PTI stresses it is committed to creating this province on administrative lines rather than ethnic ones.  This is in line with the preference of the Establishment.

The question remains, is it finally going to happen if the PTI manages to win on July 25th? I am doubtful for three reasons.

First, this is an issue that is routinely raised in elections, but has not been followed through on (e.g. the commitments made by the PMLN in their 2013 manifesto).

Second, Pakistan’s constitutional provisions for creating new provinces are very strict. In India, the state assembly has to only be consulted on any change to its boundaries, the national parliament possesses the final say on whether new states are created – one reason why India now has 29 states while Pakistan only has 4. In Pakistan, a two-thirds majority is necessary to change provincial boundaries, not only in the National Assembly and the Senate, but also in the Provincial Assembly. Even if the PTI were sincere in their desire to create a new province (and there are reasons to doubt their sincerity as the south Punjab is a region where there have been many engineered defections of ‘Electables’ from the PMLN), the chances of them pushing it through the Punjab Provincial Assembly are slight.

Third, the many politicians and parties who might be sympathetic to the need to divide the Punjab to re-balance Pakistan’s federal structure are concerned that a Pandora’s Box may be opened if the demand were conceded – notably for the creation of a Hazara province from Khyber Pakhtunkhwa and the status of Karachi. The merger of the Federally Administered Tribal Areas into Khyber Pakhtunkhwa has already led to a reaction from the PKMAP, a Pashtun political party based in Balochistan.

To conclude, politics and elections in Pakistan are ultimately decided in the Punjab, to the detriment of the other provinces’ needs and aspirations. Re-balancing the federation through the creation of new provinces would serve Pakistan well but is unlikely to happen in the short term.

Professor Katharine Adeney is Director of the University of Nottingham Asia Research Institute and author of How to Understand Pakistan’s Hybrid Regime (currently free to view). She tweets @katadeney and has an Academia.Edu page. Image Credit: Pakistan Elections/ Rferl