A Primer to the Elections in Pakistan

Home /Elections, Pakistan/A Primer to the Elections in Pakistan 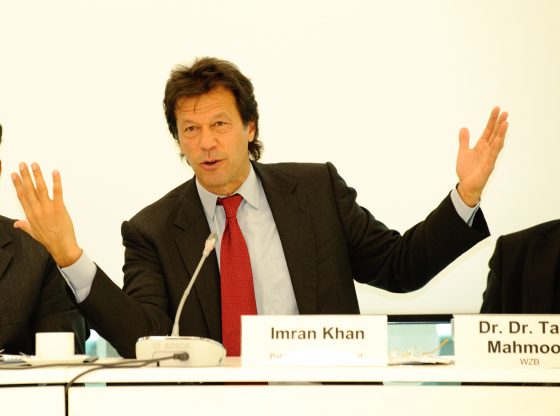 Pakistan will conduct its general elections on July 25th to fill the 342 seats in its national assembly. Out of these, ten seats have been reserved for candidates from minority religions and 60 have been reserved for women. In this first past the post (FPTP) system, the party which secures a majority of unreserved seats will be invited to form the government for a five-year term. That magic number is 137. Additionally, the nearly 106 million registered voters will also cast their ballots to determine the leadership of the four provinces in the country.

No Pakistani Prime Minister has ever completed a full few five-year term in office due to death, assassination, military coup or the intervention of the supreme court. Most recently, former prime minister Nawaz Shariff was disqualified by the Supreme Court from holding any public office over corruption charges exposed by the Panama Papers. This has severely impacted the reputation and electoral outlook of his party, the Pakistan Muslim League (PML-N), which scored a resounding success in the 2013 elections.

The PML-N, which has its base in the powerful and populous Punjab region, is being primarily challenged by the Pakistan Tehreek-e-Insaf (PTI), spearheaded by former cricketer Imran Khan. While there are other parties in the fray including the Pakistan People’s Party (PPP), led by Bilawal Bhutto Zardari, the scion of the powerful Bhutto – Zardari family, their impact will only be felt if the need to form a coalition government arises. The PTI has witnessed a recent surge in popularity and polls are split between the two main contenders. However, there is a perception that Imran Khan is the favoured choice of the ‘milestablishment’, the military-establishment in Pakistan, which is always a significant player in elections.

The build-up to the elections has been dramatic (as expected) with accusations of military involvement and foul play in campaigning and electioneering. This period has also witnessed significant violence including a suicide bomb attack at a political rally that left 150 people dead. The events of last week took a more interesting turn with the arrest of former PM Nawaz Shariff and his heir- apparent Maryam.

Whoever wins the elections will have several urgent items on their priority list, most significantly, the economy which is in shambles. In June this year, Moody’s downgraded Pakistan’s Credit Rating from ‘stable’ to ‘negative’. A recent World Bank report titled, ‘Global Economic Prospects’ predicts a significant slowing of the Pakistani economy in terms of GDP growth from 5.8% to 5% in the next year. The economic situation has deteriorated so badly that another IMF bailout is on the cards, the 13th since the 1980s. Further, the new Prime Minister will have to pay attention to foreign policy challenges including neighbouring Afghanistan, a tense situation with a poll-bound India and its relationship with the US under the Trump Administration. Chinese- Pakistani relations will also need priority as initiatives such as CPEC (Chines Pakistan Economic Corridor) and OBOR (One Belt One Road) will move at a rapid pace over the next five years.

If all goes well this week, Pakistan will see only its second-ever civilian transfer of power. Pakistan is at a pivotal moment in its history. The world will anxiously watch the events of this week in Pakistan.

What will be the state of the federation in Pakistan after the elections?
India’s Section 377 Hearings: Reasons for Hope as Another Wait Begins