India’s Section 377 Hearings: Reasons for Hope as Another Wait Begins 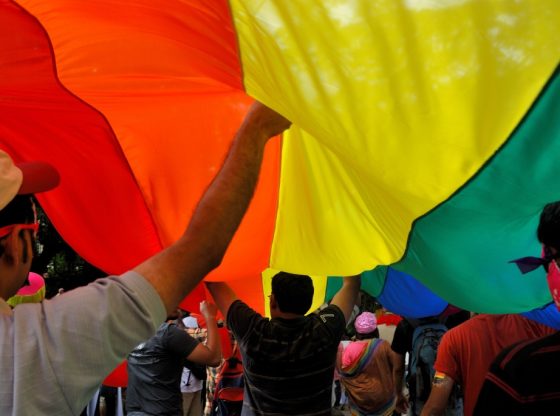 On Tuesday July 17th, Chief Justice Dipak Misra and four other Supreme Court judges concluded hearings on the constitutionality of Section 377, Indian Penal Code, 1860—an anti-sodomy provision that not only criminalises private, consensual homosexual acts, but has legitimised every imaginable form of discrimination against the LGBT+ community in India. After a week of arguments on both sides, the matter has been reserved for judgment and the all-too-familiar wait begins for the Constitution Bench’s decision.

Sexual minorities in India have experienced a version of this moment at least twice already. The first was in 2009, when the Delhi High Court in Naz Foundation v. NCT of Delhi and Others categorically decriminalised all forms of private intercourse between consenting adults, and laid down fundamental rights jurisprudence that opened the door for further civil rights down the road. Over the next four years, I saw for myself how members of the queer community emerged and thrived around me. This short-lived freedom was then stripped away in 2013 when two judges of the Supreme Court overturned the Naz decision in Suresh Kumar Koushal and Another v. Naz Foundation and Others, reviving Section 377 in full. Since Koushal, the National Crime Records Bureau reports a 90 percent rise in cases registered under the provision, from 1,148 cases in 2014, to 2,187 in 2016.

Despite this disturbing trend, encouraging commentary by lawyers inside Justice Misra’s court, such as Danish Sheikh and Gautam Bhatia, provide several reasons for hope that this Constitution Bench will do more than cure the injustices of Koushal.

Section 377 makes “carnal intercourse against the order of nature” punishable with life imprisonment. If that phrasing sounds vague, that’s because it was intended to be. When the British first introduced the provision in India through Lord Macaulay’s Draft Penal Code of 1837, he expressly chose not to explain what the framers considered “carnal” or “against the order of nature”:

“[We] are unwilling to insert, either in the text, or in the notes, anything which could give rise to public discussion on this revolting subject; as we are decidedly of the opinion that the injury which would be done to the morals of the community by such discussion would far more than compensate for any benefits which might be derived from legislative measures framed with the greatest precision.”

In other words, a conscious choice was made to sacrifice legal clarity to protect the prevailing sense of Victorian morality. As a result, Section 377 could cover everything from paedophilia and bestiality, to any form of consensual intercourse that cannot lead to offspring. The latter could include several consensual heterosexual activities too, but the provision’s prime targets seem to be gay men and transgender persons. This sex-based discrimination and inability to reasonably classify people who commit an “unnatural offence” is precisely what lawyers in this struggle argue violates Articles 14 (right to equality), 15 (prohibition of discrimination), 19 (freedom of expression), and 21 (right to life and personal liberty) under the Indian Constitution.

While the Koushal bench entertained many ill-informed arguments on the perceived immorality of homosexual acts in the Koushal hearings, this Constitution Bench has swiftly shut down similar assertions. According to Sheik’s courtroom commentary, one counsel who tried to argue for public consultation on sexual morality was reminded that the Court stays rooted in Constitutional principles, not the “changing whims and fancies of public opinion”.

The most forceful reasons for hope are Supreme Court pronouncements that didn’t exist when Koushal was argued. NALSA v. Union of India and Others (2014) saw the Supreme Court recognise the rights of transgender persons to identify themselves as “third gender”. Then came Justice K.S. Puttaswamy (Retd.) and Another v. NCT of Delhi (2017), where a nine-judge bench recognised a fundamental right to privacy. Enroute, they directly attacked much of Koushal’s reasoning, holding that the protection of sexual orientation lies at the core of the fundamental rights guaranteed by Articles 14, 15 and 21. This precedent will be difficult for the Constitution Bench to ignore.

During the Koushal hearings, the Bench frequently questioned the very existence of homosexuals. Their skepticism ultimately showed in the judgment’s misinformed description of the LGBT+ community as a “miniscule fraction” of the Indian population. This time around, however, counsel Menaka Guruswamy acknowledged the presence of LGBT persons in the courtroom, invoked others by name, and spoke of their right to love. When the Additional Solicitor General tried to interrupt, Sheikh says the Chief Justice intervened: “Let her speak!”

“No one is born hating another person because of the colour of his skin, or his background, or his religion. People must learn to hate, and if they can learn to hate, they can be taught to love, for love comes more naturally to the human heart than its opposite.” Whatever the Constitution Bench decides, the stories shared and conversations inspired by the legal challenges to Section 377 over more than 17 years have already changed many hearts and minds inside and outside the courtroom. This to me is our greatest reason for hope. Two particularly powerful stories come to mind. The first is Sheikh’s own moving account below of how this very public struggle has led to acceptance at the most personal level. The second is a statement made by lawyer, Gautam Bhan, that sums up the courage and determination of India’s LGBT+ community. Soon after the disappointing Koushal verdict, Bhan was asked whether it was daunting to fight the Supreme Court. “What’s daunting,” he replied, “is that moment when you’re 15 years old, and you’re terrified of who you are. If we have survived that, the Supreme Court does not know what fear looks like.”

Sanjana Govil is an Indian legal professional and Oxford MBA. Between 2012-2013, she worked as a law clerk at the Supreme Court of India when she had the opportunity to attend the Koushal hearings. She tweets @SanjanaGovil. Image Credit: CC by India LGBT+ India/ Flickr.

A Primer to the Elections in Pakistan
Pakistan elections: Weak government will allow army to keep pulling the strings