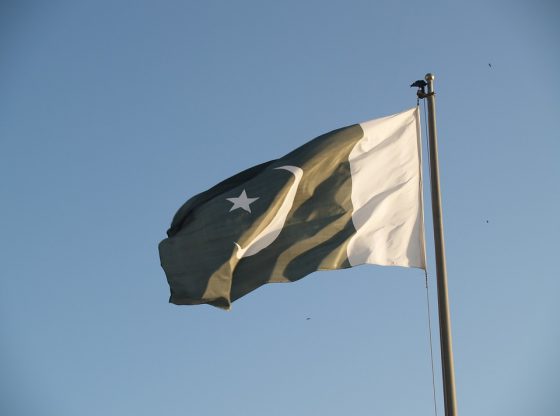 On one level, 2018’s elections in Pakistan look like a chance to further embed the country’s democracy. They herald the country’s second transition of power from one elected civilian-led government to another, and may see a change in the party heading the government – two key measures of a successful democratic transition.

Large numbers of new voters are registered – about 22m – and 16% of them are 25 or under. Social media is empowering voters, helping them hold their representatives to account. Meanwhile, a corrupt former prime minister has been imprisoned for ten years, a demonstration of the rule of law in action.

For a democracy to thrive, the rule of law must be upheld – but in Pakistan, the law is too often applied selectively. While the Sharif family will have certainly come under pressure over the London apartments they have reportedly purchased, few can dispute that they’re being singled out for punishment.

It’s widely believed that Nawaz Sharif is being punished by the military establishment for his outspoken criticism of the army, and that his ten-year prison sentence was designed to remove an effective campaigner from the campaign trail. His daughter and heir apparent, Maryam, was also sentenced to seven years in prison for abetting her father. To compound the situation, on the day that the Sharifs were returning to Pakistan, hundreds of supporters of their party, the Pakistan Muslim League (Nawaz) or PML-N, were rounded up and arrested.

That much of the PML-N leadership has been selectively targeted can be demonstrated by the authorities’ inaction against other politicians with longstanding corruption allegations against them, including the former president, Asif Ali Zardari, of the Pakistan People’s Party (PPP). One commentator argued that this inaction was “to stop the PPP joining hands with the PML-N when Nawaz Sharif was ousted and put on trial on corruption charges”.

When civilian parties are united against military interference in Pakistan, it is harder for the military’s wishes to prevail, as was seen during Imran Khan’s protests in Islamabad in September 2014. The success of the military’s divide-and-rule strategy was revealed in Zardari’s willingness to go into coalition with Khan’s PTI in May this year.

The side of the angels

The army, euphemistically known as the “angels”, has made its presence known mostly by pressuring candidates to defect from the PML-N, often using the threat of corruption charges. This pressure has been particularly notable in the south of Pakistan’s most populous province, Punjab, which returns the majority of seats to the National Assembly.

Many of these candidates are now standing as independents, using the “jeep” symbol on the ballot paper. Independents in Pakistan have the choice of joining the governing party after the election; in 2013 Sharif’s PML-N did not win an overall majority of seats until the independents decided to join its ranks after the results were declared. This year, these same independents are likely to be pivotal in the formation of a new government after the vote, as are religious parties such as the newly formed Tehrik-e-Labaik.

Finally, the media has come under pressure during the campaign. It’s impossible to ignore the self censorship of many journalists and the overt pressure put on media groups such as Dawn and Geo. At the beginning of June, journalist Gul Bukhari, a prominent critic of the army and its role in Pakistan, was abducted. Although she was released hours later, her abduction served as a salutary warning to journalists of the danger of not toeing the line of the security services.

The effect of censorship has been most apparent in the (non)reporting of the demands of the Pashtun Tahafuz Movement, a youth movement protesting against disappearances and abductions that’s been particularly critical of the army. With the mainstream media variously censored and cowed, social media has kept the movement alive.

At the time of writing, the election result is too close to call. It’s unlikely that one party will be able to win a majority of seats. With Sharif removed from the campaign trail, the PML-N has been deprived of its star performer, but his incarceration may well inspire many voters to support the party. Khan’s PTI will perform much better than it did in 2013, but will it be enough to break the PML-N’s electoral hold on central and northern Punjab?

One thing is certain: a weak coalition government, whether led by the PTI or by the PML-N, would suit the military – and a divided parliament will only boost its ability to manage affairs from behind the scenes.

Katharine Adeney is a Professor and Director of the University of Nottingham Asia Research Institute. This article was first published on The Conversation and can be found here. Image credit: CC by Max Pixel/Pakistan.

India’s Section 377 Hearings: Reasons for Hope as Another Wait Begins
Sufi-Shia convergence in favour of Hindutva in Gujarat