Trump’s playing a dangerous game in the Taiwan Strait 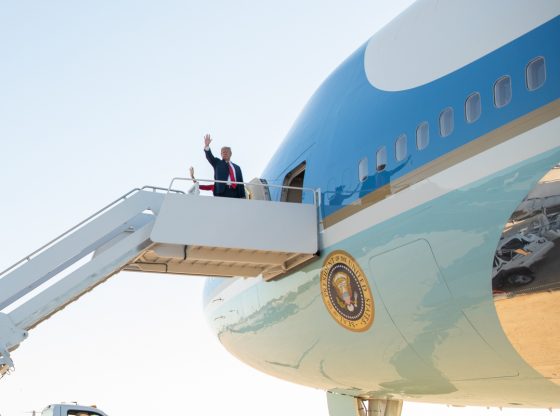 Earlier in June 2018, the United States (US) government unveiled their new office compound for the American Institute in Taiwan (AIT), their de-facto embassy. Despite the Trump administration’s propensity for upturning protocol it was uneventful. It was unlikely that the opening ceremony in Taipei was ever going to draw the attention of the world media away from the historic summit in Singapore between President Donald Trump and Chairman Kim Jong-un. While at this moment in time tensions on the Korean peninsula are in the international spotlight, the volatility of the Taiwan Strait should not be forgotten. What exactly would spark a crisis across the Strait is unknown, but Beijing persistently threatens retaliation against any act which pushes Taiwan further away from reunification with the mainland.

Despite a fairly disappointing start for Taipei, key positions in the Trump administration have begun to fill up with figures with long track records of pro-Taiwan advocacy.

If the US wants to maintain the peace and good relations with China it is just as well that that Trump’s new National Security Advisor, John Bolton, did not attend the opening of the AIT as it was rumoured he might.  Although a crisis was averted the Trump administration does not deserve congratulations. Overall,  Trump positioning towards Taiwan’s has been widely inconsistent – with unprecedented gestures towards Taipei and then Beijing. Meanwhile, due to reorganisations and resignations, the makeup of the Trump administration has become increasingly pro-Taiwan. This inconsistency is highly problematic.

The United States remains a key player in maintaining peace between both countries by simultaneously deterring PRC aggression and containing Taiwanese adventurism (which in itself could spark a crisis). It has done so by being deliberately ambiguous about whether or not it would come to Taiwan’s defence and on what conditions. In the 1990s US Assistant Secretary of Defence, Joseph Nye, famously told a Chinese official who asked what the American response would be to a use of force by China against Taiwan: “we don´t know and you don´t know. It would depend on the circumstance.“

This is already a difficult balancing act, as even supporters of the strategic ambiguity policy would acknowledge, and it risks fostering dangerous misperceptions about America’s commitment to Taiwan’s security. This mattered less under Ma Ying-jeou but now cross-Strait tensions are high it matters more. General Secretary Xi Jinping has articulated a more assertive global role for the PRC and has ramped up the rhetoric towards Taiwan, as well as military manoeuvres, in response to the victory of the Democratic Progressive Party (DPP) in the 2016 Presidential Election.

All of which means what happens in Washington matters even more.

Trump and his team could repeat the mistakes of previous administrations. The President’s isolationist ‘America First’ rhetoric and eagerness to cut a trade deal with the PRC could lead to Beijing viewing Washington as an ambivalent actor, as they did during the Clinton administration in 1995-6. In addition, the friendly overtures towards Taiwan made by Trump officials could encourage Taiwanese adventurism as happened under George W Bush’s first term in office.

Trump has taken meaningful action to strengthen US-Taiwan relations, including the approval of a $1.42 billion arms sale to Taipei and the signing of the Taiwan Travel Act which allows high-level officials of both countries to visit each other. He has also broken important precedents which governed this relationship, most notably his conversation with President Tsai Ing-wen after his election victory.

However, gains for Taipei following the call were short-lived as too was Trump’s questioning of the One-China policy. He soon backtracked on this once in office. Likewise, while the Trump-Tsai phone call was ground breaking, so too was Trump’s suggestion that the US might use the island as a bargaining chip. In a Fox News interview in December 2017 Trump raised eyebrows when he said: “I don’t know why we have to be bound by a ‘One China’ policy unless we make a deal with China having to do with other things, including trade,”

Trump’s isolationist positioning, and his instinct for hard-headed deal making, are way outside of Washington’s post-world war foreign policy consensus. Given that Trump questions the US’s traditional alliances and is reluctant to spend America’s blood and treasure defending liberal democratic partners in East Asia, it would not be unreasonable for Beijing to assume that he could be willing to abandon Taiwan.

This is despite the fact that on a visit to Taipei, Alex Wong, a State Department official in charge of Indo-Pacific strategy, assured President Tsai that American support for Taiwan had never been stronger.  This may well be true – in terms of personnel. Despite a fairly disappointing start for Taipei, key positions in the Trump administration have begun to fill up with figures with long track records of pro-Taiwan advocacy. This year the Director of the National Trade Council Peter Navarro, who in 2016 penned ‘America Can’t Dump Taiwan’, has been joined by anti-PRC hawk Mike Pompeo at the State Department and Randall Schriver who is responsible for Asia-Pacific policy at the Pentagon. Schriver told an audience in Washington, in March 2016, that it was one of his “pet issues” to get Presidential level dialogue between the US and Taiwan.

Most recently Trump appointed John Bolton as his National Security Advisor, a former Bush official with a long track-record of pro-Taiwan views.  In an article he wrote a year before his appointment Bolton strongly urged a rethink of the US’s One-China policy and even floated the idea of the US “stationing military personnel and assets” on Taiwan.  While these appointments are not as reassuring as Bush’s commitment to “do whatever it takes” to defend Taiwan, it is the next best thing and gives Taipei more flexibility vis-a-vis Beijing. However,  if leaders in Beijing felt confident that the US would stand aside in the event of an attack they may be emboldened to issue harsh demands on the Taiwanese government who, if they expected America to come to its rescue in such circumstances, may reject these demands.

Such a scenario is not unthinkable given the unpredictability and inconsistency of Trump’s White House, which only increases the difficulties observing decision making in Washington.

While the future of cross-strait relations may not be solely in the hands of Washington, the volatility of Trump makes the challenging task of successfully maintaining peace through strategic ambiguity in the Taiwan Strait even more challenging.

Gray Sergeant is a post-graduate student in Chinese Politics at the School of Oriental and African Studies, University of London. He also works in human rights advocacy. Image credit: CC by White House/Flickr.